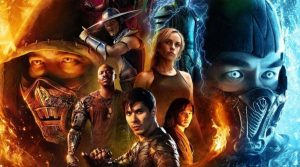 The world is moving in a much different way. Like the fog that I wake up to most mornings, there is a cloudiness over what the future holds for movie going. Those that yell that movie going is back are not doing themselves any favors. Box Office Pro now predicts Eternals will earn between $67 and $92 million in its opening weekend and will only earn between $165 and $215 million in total at the domestic box office. It did $71 million but got universally panned.

What is becoming evident is that there are no absolutes, no sure thing and even the spiffy halo of Marvel Universe movies can become quickly tarnished. Now to be honest, there never were any absolutes, things change, critics can become cranky, fanboys can bemoan some lack of authenticity; all these factors can descend on a picture and reduce the box office.  Social media is a double edged sword which can raise a movie as well as crush its potential. This is indeed a time of re-imagining and re-invention.

What is interesting to me is that Netflix is taking a shot at regionally controlled distribution, hiring independent distributors to place its movies in theaters.  Netflix, at one time intent on consuming the theatrical movie going experience, is now realizing the pronounced benefit of placing movies in the theaters. Unfortunately, it’s still a day and date approach. I was in Canada last week and I was more than surprised to see so many Netflix titles on the marquees.  It is something that I thought I would never see. Prior to the regime change at Amazon, I thought that Team Bezos would have rapidly adopted this strategy. By removing the layer of management that was theater centric I really thought for a time Amazon lost its way.

Alongside the marquee with Netflix movies there is a lot of empty space. 18 plex’s cannot be filled, even partially. There is a ton of empty auditoriums that need some level of business, but they are not getting it. Maybe 40 movies will be released in 2022 that come from the major studios.

Before Covid, movie going was already entering into a state of flatness. Rising prices and rising costs of concessions coupled with the onset of new more elegant forms of streaming impacted the “let’s go to the movies” vibe. While operationally, theaters inch back to a form of normality, we have to admit that the streamers have firmly presented themselves as a viable alternative to movie going.  The consistent thing now that floats out there for the theaters is that they need to change. I do not believe theaters are going away, we like them too much, but in order to sustain an aura of profitability they will have to adapt.

Increasingly, large multi-screened theaters will specialize in tent pole types of movies, while studios will prefer a streaming-only release for movies that people have no incentive to leave their house for.

This week Netflix launched its gaming division, recognizing its own need to re-invent itself, a trend that will soon be integrated into the movie going world. At present my company is working on plans to integrate gaming into various circuits and independent theaters. Theaters, the large ones anyway, are going to have to integrate various experiential attractions in order to build synergies within their building. The days of having movies and popcorn solely sustain a theater are past; the product is not there and the audience is constantly asking for diverse offerings.

Remember movies and television are a $40 billion dollar market, while gaming is a $180 billion dollar market. One of the things we do when we build plans is to work in a virtual model for revenue so the impact of the next pandemic will not be so great. While AMC is trying to diversify by setting up Popcorn Kiosks in declining malls, Cinemark is actively working towards establishing gaming operations within their physical plant.

Reinforcing community experience is key to re-entrenching theaters as a cultural destination. At one time, when I was young, the theaters had hordes of 18-24 year old males pouring into them. This has changed. The theater community wants this demographic and needs this demographic. The easiest way to do it is to establish communal play areas centered around the activity they all take part in, video gaming.

In a recent article, the BBC reported that CGV, the largest cinema company in South Korea, was giving gamers the opportunity to rent large screens for two-hour time slots, charging them $90 before 6PM, and then giving prime-time for $135 after 6PM.That’s a lot of scratch for gamers, but it seems that the experience in most of their minds was worth it.

A great deal of uncertainty remains around how digital, direct-to-consumer distribution will change the way we consume and produce entertainment. Netflix is trying to hedge its bet, and you can be assured that efforts by Amazon are about to be released. I can let you know that Prime Gaming is soon to be a reality.  The effects of the pandemic on movie distribution models will never be erased and will be long lasting. Like most things it has its good and its bad.

Expect the cloud delivery of gaming to accelerate the ongoing streaming wars. Within this model exists a solid place for theaters. If theaters want to convert one of their empty auditoriums into places of communal play and experiences it would be a pretty smart move. I can tell you while esports folks rarely consume concessions,  casual video game play is a real boon to the concession stand…..a real boon. Imagine a 16 dollar per gamer concession expenditure.

A great deal of uncertainty exists. I for one am saddened that the business I loved and grew up with is changed forever. Unfortunately, like most things in the sphere of the human experience, change happens. The biggest need for the business of theatrical exhibition is the deep commitment in moving forward and the advancement of community.