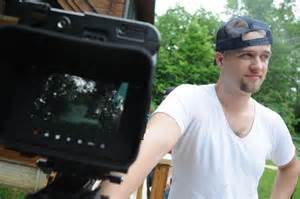 Stephen Folker is a family man that’s just one of the guys.  Enjoying a drink, BBQ, and if time allows relaxing in his home’s fortress of solitude.  Growing up he loved making whacky and goofy videos and eventually started making short films of that nature.  In recent years Stephen advanced in his filmmaking and is writing and directing his own full feature films of the horror, comedy, drama, action and adventure genres.

One of his anticipated upcoming films is the horror comedy “Field Freak.”

The story revolves around a family that moves into an abandoned cabin in Beaver Pelt Falls, Idaho.  Charles (Dave Juehring) a former best selling writer, is desperately trying to pen his next book and needs a place free of distractions.  Little does he know, his entire family is being watched.  Strange bumps in the night escalate into a nerve wrecking encounter with the creature by Charles’s wife Linda (Trena Penson).  The story takes a wacky turn when they hire a psychotic, pest-control guy (Thomas Ely Sage) and are led to believe Rabid Beavers are to blame.  It’s not until they visit a road-side Root Beer Distillery and meet a man named Ned Perkins (Glenn Harston), that they learn what the bumps in the night really are.  According to Ned, they’re all going to die! 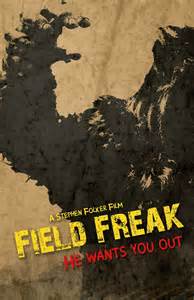 STEPHEN: When I was about 9 years old, I made my first short film. It was a spoof on Dr. Quinn, Medicine Woman. Shortly after, I contacted our local cable provider and worked out a deal to have a recurring TV Show on Public Access. In one episode, I played a man looking to get in shape by ordering a piece of exercise equipment called ‘THE BODY BOX’ which was simply a cardboard box that could be cut apart and taped in various positions to work out all the muscles in the body. Needless to say, it was a big hit when I went to school the next day. Eventually, my show fizzled out and my troop of helpers went away too and I quit making the films.

Fast forward, to about summer 2010, I met a talented actor, Nick Westemeyer through one of my friends and at this time I was starting to play around with making little shorts for the internet, which I called STUPID SHORTS. Nick and I made a short film called Intervention: Grape Jelly about a man dealing with his addition to Grape Jelly. It was a lot of fun and it would build a working relationship that would pan out later, when he approached me to direct his friend’s script, REVERIE LANE. From there, I decided to try and take my shorts to a more professional level >> and wrote, directed and acted in several projects (THE MUSTACHE MOVIE, THE LEGEND OF TURQUOISE NIPPLES, FROM URANUS & CASTLE SIEGE). With each project, my focus was to up the bar. Finally, after doing all the shorts and my web-series, it was time to make a feature. I always feel like as a filmmaker, shorts are a great way to get your feet wet and show the world what you can do. But with a feature, that’s when people start to take you serious.

In the films you write and direct, you said you constantly want to push the envelope.  For “Field Freak” in what ways did you accomplish that?

STEPHEN: One thing, I always try to do with all my projects is break the rules of filmmaking and storytelling and create a movie that’s true to my wacky and zany personality. Field Freak does just that. We took a genre (HORROR/THRILLER) that is over-saturated with zombie and cut ’em up films and focused on building up characters and a story that is absolutely ludicrous. 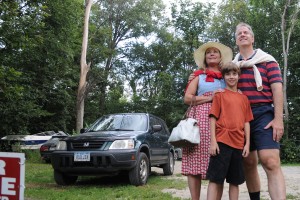 With a budget under 8,000 dollars and a crew traveling to remote areas from three different states, it must have been challenging to get everyone organized and stay on schedule, how was that experience?

STEPHEN: Each project has it’s own set of unique challenges, but the key to success is extensive preparation. The most stressful aspect is day one, hoping everyone shows up. After that, it’s keeping the ball rolling. With our budget being so small, we didn’t have the funds to hire a ten person crew. Instead, it was me doing Directing, Cinematography, Lights, Set Design and the list goes on. Then, I my Script Supervisor doubled as my A.D. and my Sound Person manned the boom pole and mixer. Yet, with all that going on, we still manage to do 6-7 hour shooting days and get everything on schedule knocked out.

With that thought process in mind, I’m aiming to raise 20k for my next feature. For me, it’s baby steps and being realistic. So many filmmakers feel like they need 100 – 500k to make a feature film and resort to hiring a huge crew of people that aren’t necessarily going to make their film look or sound any better. My approach is more the Robert Rodriguez do-it-yourself angle, but I know what I’m capable of doing and don’t need to hire someone to pull focus or hit a button if I can do it myself.  Plus, I really have a great team of cast and crew members that fully believe in what I’m doing. They care more about the craft than an IMDb credit. Those are the true professionals.

Including you, the Midwest has many great B Movie filmmakers.  What are the advantages for filming in the area?

STEPHEN: For me, the biggest advantage is all the locations and settings that can be scored for little to no money. Most people in the Midwest are simply excited about the process of making an independent film and are more than willing to let you use their their space. Of course, Chicago or any other big city might be a bit harder to get locations for cheap or FREE, but you don’t know unless you ask 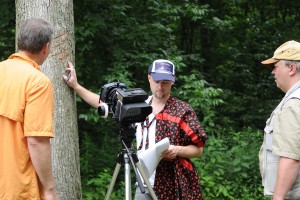 Your past shorts are mostly comedies and now are shifting toward action, drama, horror.  Are you focusing on other genres for your future films?

STEPHEN: I tend to have a soft spot for making over-the-top wacky & zany comedies. In 2012, when I made my first feature, (TO SURVIVE) I went all out serious because I love post-apocalyptic themed stories. But, after making that film, I realized my passion was comedy. I want to be the director audiences remember for his original content vs. doing what everyone else is doing because it’s safe. When people watch my films, I want them to say, Stephen Folker made that. And believe me, if you think FIELD FREAK is out there, wait until you see my next feature that’s brewing…

Regarding the release of Field Freak, Stephen shared that it’s in the final stages of post-production. The edit and color grading is complete and as of now it’s being scored. We’re aiming for mid-April for 100% picture lock. Then, I’ll be reaching out to distributors to secure a deal. In the meantime, please feel free to like FIELD FREAK on Facebook. 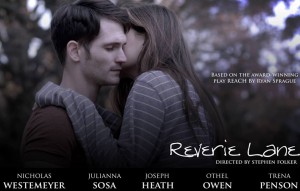 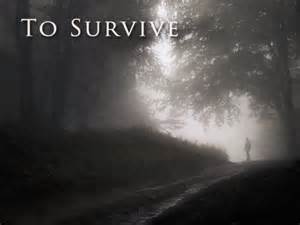 With something always brewing as Stephen said, keep updated with him on his website and his Facebook Stephen Folker Films page. On his website there are links to all his film’s websites and Facebook pages. 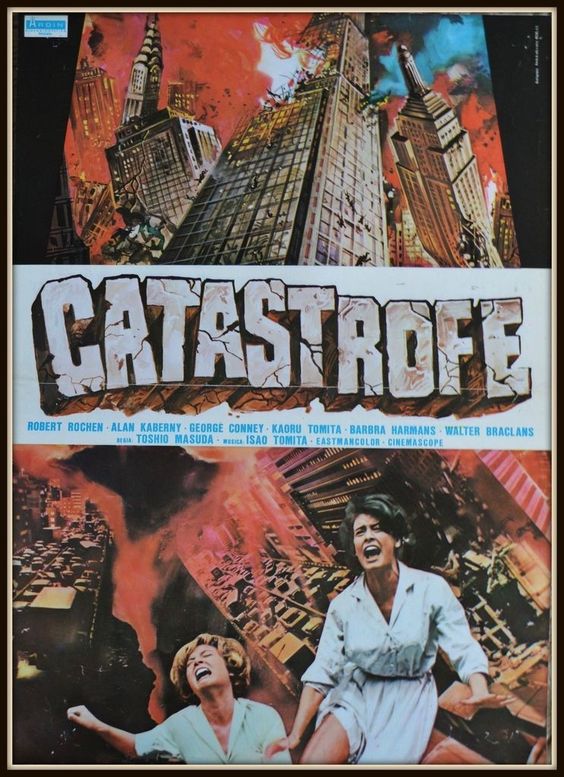 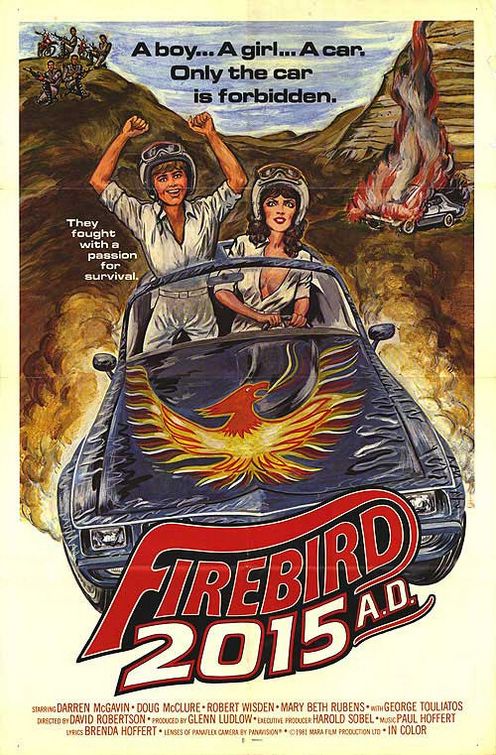 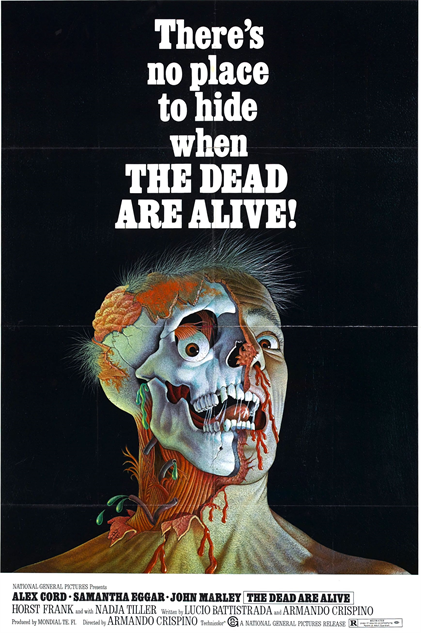 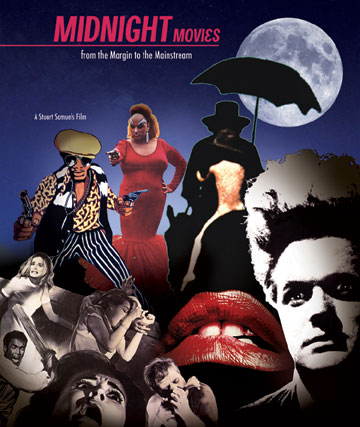