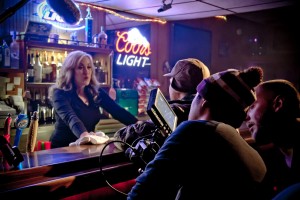 “After finding an old storage locker filled with his family’s history, James Erikson begins a journey to discover the truth behind a mysterious piece of land in the small town of Solitude.”

Filming has recently wrapped up for Taylor Scott Olson and Livingston Oden’s upcoming horror Solitude. The film is Taylor and Livingston’s first full feature film that they both co-wrote and directed.  They didn’t want to just make a film, they wanted a film that would stand out and they spent a lot of time perfecting the story prior to writing the screenplay.

Here’s the description of the story and it’s quite intriguing:

Solitude is a horror feature film that takes place over a span of 75 years on a mysterious riverfront piece of land where an ancient evil dwells. The story will be told in six segments, each of them taking place in a different time period and each of them made to look like horror films of when they take place. 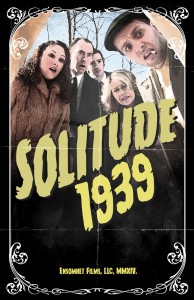 1939 – Frank Erikson is a scientist doing research in North Dakota when a mysterious monster attacks his research team. This will be reminiscent of classic monster movies of the time period, such as “The Mummy” or “Frankenstein”. 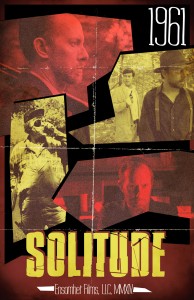 1961 – Frank Erikson returns to the Solitude River to try to destroy the monster once and for all. This segment is influenced by Alfred Hitchcock’s films, as well as other B-movie’s of the 50’s and 60’s. 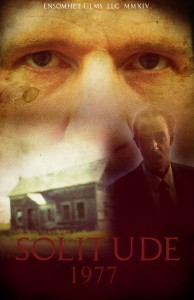 1977 – This segment follows Donald Erikson, Frank’s son who is a real estate broker and is planning on building river homes in Solitude, but does not realize what the land holds. It is in the style of supernatural horror films of the 70’s, such as “The Omen” or “The Exorcist”. 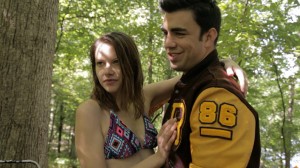 1986 – And here’s the slasher! A group of college friends are planning on spending a weekend camping and partying near the Solitude River, not knowing of the evils that dwell there. This segment takes influence from classic 80’s slashers such as the “Friday the 13th” or “Nightmare on Elm Street” series. 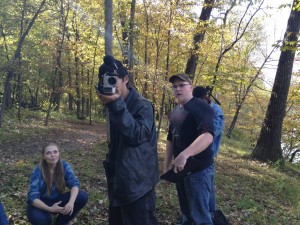 1999 – The last segment before present day is going to be found footage, similar to “The Blair Witch Project”. It follows a group of film students who heard the rumors of the deaths near Solitude and are shooting a documentary about them.

You wanted Solitude to stand out and worked hard on the story. How did you come up with the concept and how was the writing process?

TAYLOR: Originally I just wanted to make a film that takes place in the 30’s or 40’s and have the feel of the classic monster movies of that era. I sat down with a friend and we worked on that, deciding that it may be interesting to have several short films that take place in different time periods but would show the evolution of horror films over the last 75 years. Livingston and I discussed it more and we came up with the idea that it should be one feature, an anthology piece. For the writing process, I wrote the first draft of the 1939 segment, Livingston did rewrites, then he wrote the first draft of the 1961 segment, I did rewrites, etc. for the rest of the script.

LIVINGSTON: The tough part was taking each short segment and making them integral to the story. Essentially this film is six short stories that flow together as one feature. As we began writing Solitude, we had a tough time figuring out how to layer the story in such a way to where it would flow. We soon realized the best way to combine all the stories was to keep them separate, told in flashbacks through other characters points of view.  It was rather interesting as the script grew in scope how we slowly began creating a world that somehow grew bigger in back story than what’s actually in the film itself. 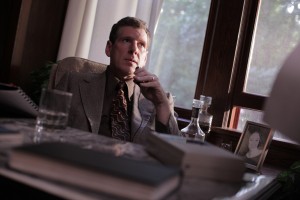 Solitude expands over 75 years. How did you handle the settings, costumes, and styles of multiple time periods?

TAYLOR: We watched a lot of movies from each time period and used those as reference. The 30’s segment was the most difficult, because we did not yet have a production designer on board, so I did a lot of it myself, figuring out what costumes and props to buy or make. When we shot the remaining segments, we were fortunate to have Cheri Anderson (http://nailsandsilk.com/) to come on board to help with that. We based a lot of the wardrobe on certain color schemes as well; for example, the 1977 segment is meant to have a bit of a “dead” look to it so the characters wear browns, reds, and yellows. As far as makeup and effects, we were fortunate enough to have Darla Edin help us in that department. We were very keen on having almost all practical effects, and there are some in this film that are pretty intense.

LIVINGSTON: Most of the settings in the film weren’t too difficult to address. A lot of the story takes place in a forest, so keeping a location within the time period wasn’t terribly difficult. As for locations in the present day, it was difficult in finding what was needed but it wasn’t an issue when it came to set decoration. The style of each segment was fun in recreating and watching many, many movies to get things just right was the best way to get us ready in doing this film. 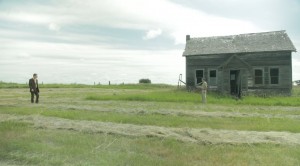 With Solitude being both your directorial debuts for a full feature film, did you rely on each other throughout filming and learn from each other?

TAYLOR: We had to rely on each other a lot, being that this was such a low budget film there would be days on set where we had very little crew. It also helped a lot because we were able to bounce ideas off of each other and have different perspectives on things.

LIVINGSTON: We went back and forth on who directed what segment, and in a lot of ways I think it helped the film. We both have the same vision, but our styles differ when it comes to directing. These differences, I believe, gave the film something interesting for the viewer to enjoy. Since this was our first feature, we both ran into a lot of trial and error and having Taylor around for some of those roadblocks were very beneficial. 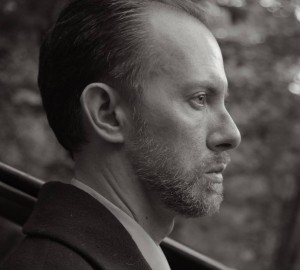 The character James Erikson discovers the evil his family kept secret for several generations.  Can you take us through what’s going through his mind and his experience?

LIVINGSTON: James is very lost during the whole ordeal. He’s unsure as to what to make of everything. In many ways the things he learns are very unbelievable, but the mystery that surrounds the history he’s going through intrigues him to the point of almost being obsessed with finding out what’s really going on.

TAYLOR: Without giving too much away, the story starts with James finding out that someone close to him has passed away and his discovery of a box with newspaper articles, journals, and more from his family’s history. James is a journalist in our film so after he finds these things he begins to study them more and figure out what is actually happening and how he is involved. 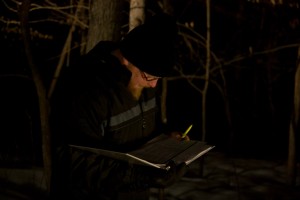 What is the status of Solitude and what’s next for it?

TAYLOR – Right now we’re in post production; our editor, Jeremy Wanek, has been hard at work on it. We still have several period posters that we will be releasing through the next several months as well. Our hope is to have the film finished by sometime this summer to begin submitting to festivals, but we don’t want to rush it so if we aren’t happy with what we have, we will take the time to make everything right. You can find all the updates at www.facebook.com/solitudefeaturefilm

LIVINGSTON: We’re also having the main poster for our film to be hand drawn, something you don’t see too often anymore. Our film is a bit of a nod to some of our favorite films with a bit of our own twist thrown in, so a drawn poster seems to be fitting for our film. 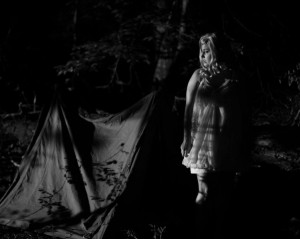 Solitude has all the elements to be an exceptional film! Go to and ‘Like’ the Facebook page to get updates.