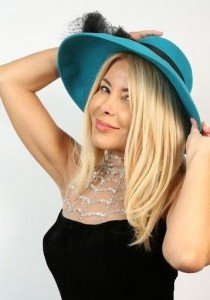 Deborah Funes was born and raised in Argentina and is one of four daughters of a traditional family with origins from Spain and Belgium.  Growing up she had many talents and hobbies that she will share later in this interview.  Following her family ambitions, she began a career of Advertising and Marketing at the University.  However, her country was struggling economically and corruption was getting worse. Taking all her talents she decided to move to the United States. Settling in Miami, she called South Beach her new home.  In no time her second home was New York City and between New York and Miami she was attending dozens of weekly modeling calls which included a lingerie, pin up and glamour modeling, performer for music videos, Latin TV shows among other media outlets.  Her modeling soon expanded to all over the country. 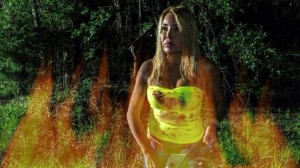 In 2007 Deborah got her opportunities to show her true acting qualities when she landed roles in Feature Films and Shorts.  Deborah’s acting opportunities exploded after she starred in the film Scream Farm. Since then she’s been in many films which include playing the roles of a Russian, Italian, German, Latin and a good southern Texas girl.  Currently, she has several films in production where she’s the lead actress and a dozen more supporting roles. 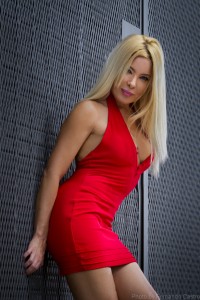 Deborah’s professional skills reach far beyond acting, one being  an art director for posters, videos, and her own website.   www.deborahfunes.com 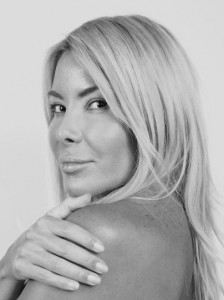 Scream Farm opened up many horror film opportunities for you, but you’re also starring in the upcoming drama Astronomy Walkers.  Are you trying to expand beyond horror and maybe star in even a comedy in the near future?

DEBORAH: As a professional actress I can play any role in all types of movies, if the role fits me well. I never focus on one genre. During my acting career I had a supporting role in a romantic comedy short film, a lead role in a funny TV commercial for MTV, and I also had been a regular actress on comedy TV shows for the Latin Americans for many years.

My lead role on Wisp, crime TV series, is one more making it evident that I am involved in all type of genres.  Astronomy Walkers for example is a romantic comedy drama where I have a nice supporting role.

Over the last couple years I’ve had supporting and lead roles in four horror feature films and I have in schedule many others, but of course, the horror fanatics normally don’t watch other types of movies so they will never see me outside the horror scene….Hope they don’t get jealous because is an honor to be call Scream Queen. 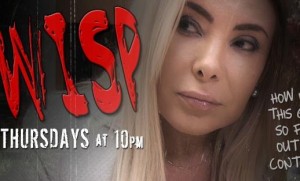 Being a model and actress that’s traveled a lot, you must have visited many exotic and exciting locations.  Can you share some of the most memorable and any upcoming locations that you’re looking forward to shooting at?

DEBORAH: As a model, I have been in amazing locations, some of them were really unforgettable like the island Palominito in Puerto Rico, Fire Island in Long Island, a 16 room Greenwich mansion in Connecticut, the presidential suite at the Caesars Palace in Vegas, Salt Lake City in Utah and amazing locations  all over Miami and islands around.

The most memorable location filming a movie was an amazing castle surrounded by water in the Hollywood Hills of Los Angeles CA.  I also was shooting in locations that I wouldn’t visit if it wasn’t for the films…weird places with dangerous animals, like the Everglades in FL and Lake Tawakoni in Dallas TX.

I also visited places that I couldn’t get to easily…meaning that I had to take multiple planes, or a plane and a long drive in a car to finally arrive, a couple locations being the Bible Belt in Birmingham, Alabama, Lake Erie in Pennsylvania, and several others.

Some of my upcoming films involve very exotic locations, like Easter Island in the Pacific Ocean, a ghost town in Canada and also casinos worldwide. Traveling is one of the best parts of my career…I can’t complain (smiles). 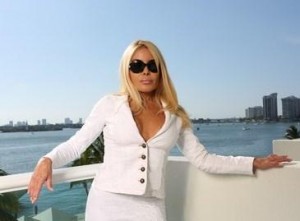 Prior to moving to Miami you grew up in Argentina.  It would be great to hear some stories about your childhood life and experiences in Argentina.

DEBORAH: I was an extremely shy, introspective, smart and analytic child…probably I had some level of autism as I didn’t cry, not even talk until I was 2 years old. I am still that way most of the days but I am not shy anymore (smiles).

I grew up attending a private institute with nuns from Austria and were men were not allowed. I also had private teachers for guitar and piano coming to my parents’ house. Sometimes I had British English teachers, tennis coach and swimming instructors. My education was fantastic! I always had been picked for the lead actress in the school play. They also picked me to read the bible at church, to sing in the choir and I always was asked to paint big images for school exhibitions. I also was the student with the highest scores, but I didn’t want to stand out. I didn’t want to carry the flag in special events and I didn’t want to participate in sport competitions. At the age of 12 my father obligated me to participate at a tennis tournament showing me a newspaper with my picture and name on. I ended up as the sub champion of my city and had the opportunity to go to nationals, but I didn’t want that either. At that time I did not want to be the focus of attention, unless it was about art…until I got my first bikini fashion show at the age of 16. Then everything changed…but that’s another story (smiles). 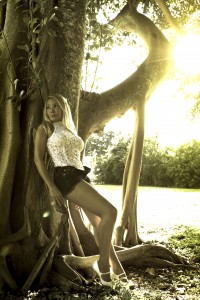 Beyond acting you enjoy painting, cooking, astrology and you studied Metaphysics.  Can you tell us about these hobbies/talents and any other ones?

DEBORAH: Like I said before, modeling, acting, painting and singing started at a very early age, when I was around 6 years old. Today acting and modeling are professional, painting is still a hobby, and my singing went from the choir at the school to a teenager’s rock band, but never became professional. Recently a music producer was preparing me to sing with his amazing jazz band from Orlando FL, but the distance makes it difficult for rehearsal. So, now I am looking for the right partner…if I find the right DJ or music producer in Miami  I can sing deep house and lounge music. Could be also a jazz band…I am ready

Cooking is something that I had learned by myself, because you have to be able to cook healthy food if you want to be in good shape. A balanced diet is something that you can’t have eating at restaurants or buying food at the stores. I love to cook!  The creation of healthy plates is an art too…of course is another of my hobbies and is part of my daily life.

About Astrology: my mom had amazing books of astrology at home that I was reading since I was 13 years old, because I am extremely analytical, observing, and curious. To learn about each sign helps me to understand and to get to know people easier and faster.

When I moved to Miami I was lucky to meet an Astrology teacher in my building. I was attending her class and buying books to read more about it. She introduced me to one of the biggest astrologers in the world who did my personal chart back in 1998. He told me incredible things that I was not ready to understand. Now, I am hoping that he was totally right. Because he told me that I will be extremely successful in all type of media and telecommunications. He also told me that I was a spiritual master in my past life that was traveling to teach.

My spiritual awakening happened after that, during the year 2000. I remember that almost nobody was talking about metaphysics, mysticism, spiritualism, etc. At that time I was a victim of a shamanistic bad influence. The story is very deep and I have material to organize for a script for a movie based on this important part of my life.

The connection between my acting career and Metaphysics is this: To become rich and famous, for being rich and famous doesn’t make any sense to me. I do not need to fill out my ego. My confidence is big and doesn’t need to become bigger (smiles).  I think every public figure has an important mission…but many public figures don’t care about their mission in this world, but I do. So if on the near future I become rich and famous, my ultimate goal will be focus on the community, I am already focus, but first I have to help myself (smiles).

I am so proud to say that I know a lot about all type of things that involve Metaphysics, spiritualism and mysticism. I had been taking many classes of all type with multiple teachers. I have received diplomas in Reiki and Magnified Healing. I can keep talking forever about this.

Deborah has another worthwhile group called Natural Healing. You can check it out here:

With many films in production and soon to be released, would you please share information about a few with fans?

DEBORAH: I got many titles on my list so I will mention each one with the genre and the type of role that I am going to play:

“You Found Me” is a Horror feature film where I have the lead role. It probably will be shooting at the end of the year or next one.

“Astronomy Walkers” is a Romantic Comedy Drama feature film that will be shooting next year and I have a supporting role in this one.

“Heart of a Lion” a sport feature film where I got a supporting role. I will play the “Tennis Coach” performing with a big tennis player.

“Facade” I am lead actress on this thriller crime horror feature film. I will perform as “Deborah Funes”.

“Dracula’s War” A horror feature film where I have small supporting role “Helen” who is German. Probably we will shoot next year.

“Devils Choice” a crime thriller feature film where I am the lead actress. An amazing film that will probably put me up on the top of my acting career for 2015 or 2016.

“The Mob” a crime drama feature film, I got a supporting role on this one. Great cast and some big actors are involved. I may darken my hair to look Italian.

“Anthems of the Dark” I am the main actress. Definitely will be a big challenging role for this psychological thriller.

“The Will of Love” a supporting role in this drama feature film. This multimillions dollars film project is on hold right now. Not easy to get big budgeted funding for movies like this one.

I have more films on my list but I can’t talk about it yet as they are still in development. 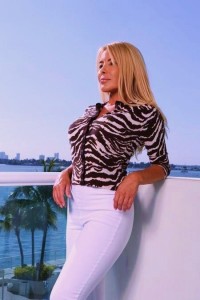 Thank you Deborah so much for sharing all the personal and professional information. As mentioned there are a lot of exciting upcoming films she’ll be starring in. Keep current with all her work on her website which has pages to lots of fun information, pictures, and videos. 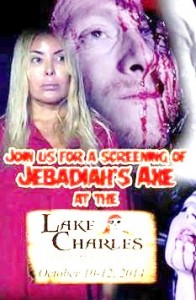