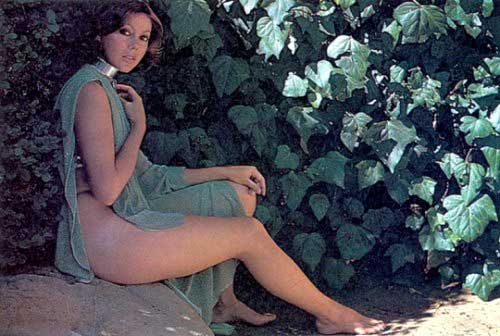 A forgotten piece of futuristic sci-fi that had the misfortune of coming out the year before the groundbreaking “Star Wars”, Logan’s Run is a well-made, exciting, creative movie that succeeds despite the fact that it has not aged well. Based on the book by William F. Nolan and George Clayton Johnson, the movie tells the story of a post-apocalyptic society that lives out its existence in domes, where everything is automated by a central computer so that all of the dome-dwellers can live out their life with ease. However, to prevent overcrowding, no one is allowed to live past the age of 30. To avoid being euthanized, some residents of the city attempt to flee the domes and live out the remainder of their lives; these people are called “runners”. Police officers called “Sandmen” are charged with stopping “runners”.

Logan, the movie’s central character, is a sandman and is played by Michael York. He is given orders by the central computer to track down a group of runners who have not been “put to sleep” and might have set up sanctuary outside of the City of Domes. To do this, the computer advances Logan’s life clock (all the citizens of the city have life clocks that tell their ages) to make him appear as if he’s 30. Now Logan is forced to run, hence the title.

While the billowing, disco-ish haircuts and outfits might scream “’70s!” to those who watch “Logan’s Run”, the truth is that there is a lot to like about the movie. For starters, the premise is an intriguing one, and handled well. Giving Logan a succeed-or-die mission gives much of the movie an urgent, claustrophobic feel. York and Jenny Agutter (who plays Jessica, Logan’s accomplice in his escape) appear on the surface to be the perfect bland “pretty people” for the shallow society depicted in the movie, but in the course of the movie, reveal their characters’ depth and passions. The filmmakers have also crafted a believable world for the characters to inhabit, which is commendable considering much of the film was shot in scenic Dallas and Fort Worth, two places I would describe neither as “scenic” nor “filmworthy”.

“Logan’s Run” is time capsule of what large budget sci-fi movies were before “Star Wars”, but it succeeds, mainly from having a creative plot that draws the viewer’s interest and transcends the trappings of the dated 70’s designs. By no means the best sci-fi movie of the seventies, but one that is quite enjoyable nonetheless.