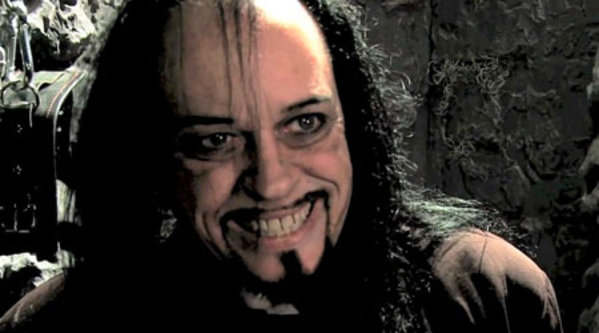 Monster Man goes behind the scenes of one of Hollywood’s most respected practical effects workshops. For more than thirty years, when studios want a bizarre creature or out-of-this world alien, they turn to Cleve Hall and the team at SOTA FX. Only the horrifying monsters they build match the craziness of this extremely talented family.

In the premiere episode, “Seeing Double,” viewers will be introduced to the very colorful cast of characters from SOTA FX, as Cleve and the team face a dual challenge. First famed “Friday the 13th” director Sean Cunningham demands that Cleve and company conjure up conjoined twins that tear apart for his next feature film. If building this complex appliance for an A-lister isn’t enough, creature feature makers at The Asylum ask Cleve to build a terrorizing two-headed shark – and how does Cleve find inspiration for a two-headed shark? Well, by literally swimming in shark-infested waters.

Syfy is a media destination for imagination-based entertainment. With year round acclaimed original series, events, blockbuster movies, classic science fiction and fantasy programming, a dynamic Web site (www.Syfy.com), and a portfolio of adjacent business (Syfy Ventures), Syfy is a passport to limitless possibilities. Originally launched in 1992 as SCI FI Channel, and currently in more than 99 million homes, Syfy is a network of NBCUniversal, one of the world’s leading media and entertainment companies. (Syfy. Imagine greater.)

Established in 2005, Gurney Productions is a full-service television Production Company, supplying hundreds of hours of reality and factual based programming to major networks in the US and abroad, including shows for Discovery (Speed of Life, Shark Week specials), Syfy (Haunted Collector), Spike (Auction Hunters), Animal Planet (Wild Recon), ESPN, A&E, Travel, Versus and HDNET. Always at the forefront of new worlds and interesting characters, Gurney Productions continues to put out a diverse slate of content, from filmic recreations with intense story telling to compelling unscripted reality.