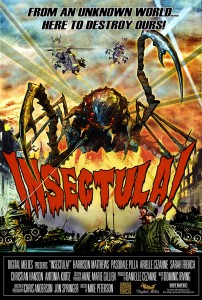 “A giant alien mosquito-type insect is drawn to earth from the CO2 pollution in search of blood. Del, a government agent, loses loved ones to the creature and is on a personal vendetta while the Dr. Kempler is captivated by it and attempts to help the creature cleanse the earth.” 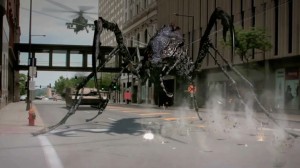 Filmed in White Bear Lake, Minnesota, first time full feature film writer/director Michael Peterson has been working 24/7 on to complete Insectula.  He battled past all the common glitches, except had one major setback and that’s when he had a heart attack.  Michael vigorously yet cautiously, to not have another medical setback, worked hard at catching up on the film.  Recently they locked the picture and are mixing in the score.  It won’t be long before this creature feature with a classic 50s style poster will be released.

As Michael and company finalize everything and tweak some effects they are so close to distribution and decided to turn to crowd funding to bring the film to the public. 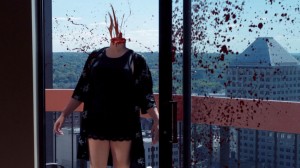 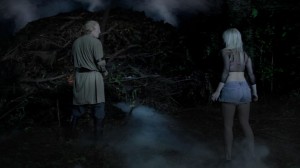