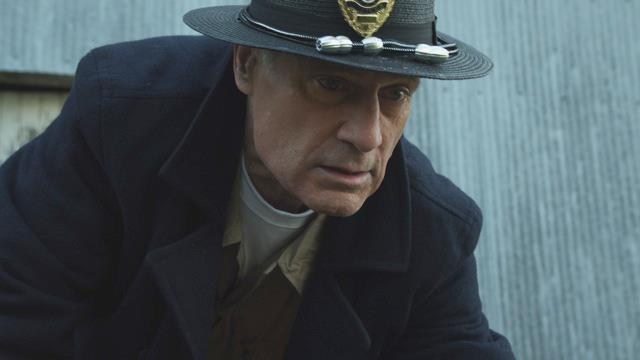 Terence Knox, 80 and 90’s TV icon recently joined forces with genre legend Jim Wynorski to play a lead in the remake of The Giant Gila Monster, now entitled Gila!. Terry plays the local small town Sheriff who suddenly has to go toe to toe with a giant gila monster.

In films from the age of 17, American actor Terence Knox has been busiest since the mid-1980s. Always working, if not always appreciated for his efforts, Knox could be seen in roles ranging from the executive-turned-survivalist in 1990’s Snow Kill to the Jim Jones-type cult leader in 1993’s Children of the Corn II. While the names of his films may not ring a bell, audiences are familiar with Knox through his TV work. In addition to co-starring in such series as St. Elsewhere (1984) (as a rapist doctor!) and All is Forgiven (1986), Terence Knox was top-billed as Sgt. Zeke Anderson in Tour of Duty, which ran from 1987 through 1989.