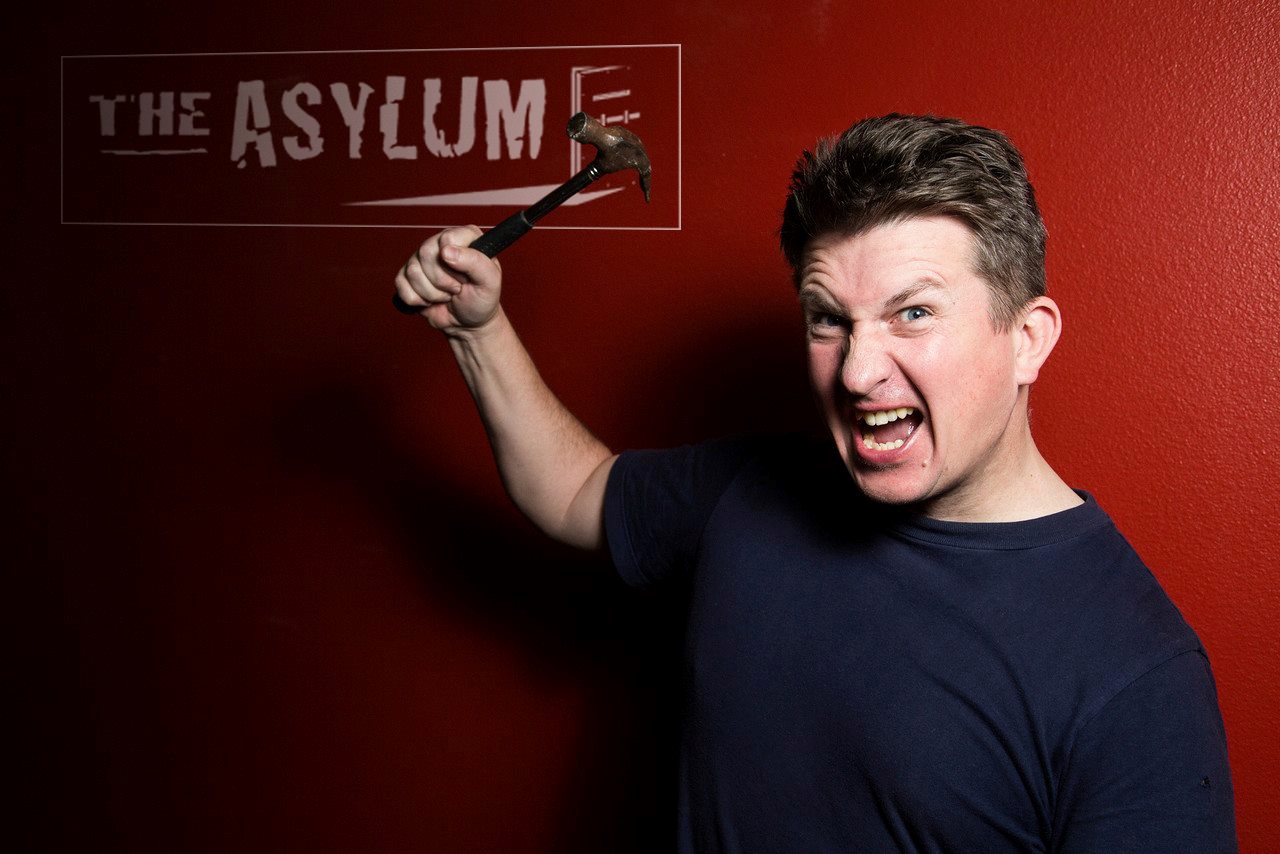 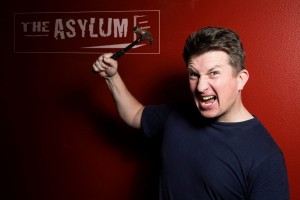 Sasha Burrow came to Los Angeles in 1999 and brought the most important thing he had, his dazzling creative mind.  For most his life Sasha has been creating some amazing artwork and creatures.  His talent not long after being in Los Angeles was seen on films by The Asylum.  Today he continues creating both in films and his art work.  Sasha shared a lot about himself and his professions with B Movie Nation.

You’re one of the top special effects supervisor for films by The Asylum including Grimm’s Snow White, Snow Globe Christmas, Airplane vs Volcano, Atlantic Rim and Santa Claws.  How did you get your start and how’s the experience been working with The Asylum?
SASHA: I’m from New Zealand and when I was starting out, there was really nowhere to do visual effects at the time (WETA Digital was I think only 2 people at that time), so quite by chance I ended up working in graphic design and photography for the print industry for sixteen or so years. The second place I worked at in New Zealand was a large print firm that had a multi-media department (remember when everything was on CD-ROM!) and so having some experience with 3D animation as a hobby, I convinced them to let me do animations for their multimedia department.

I moved to America in 1999 (Just when I was offered a chance to work at WETA Digital for their upcoming secret film project – which ended up being Lord of the Rings) and despite My best efforts was unable to get into the VFX industry here so ended up doing graphic design for a variety of newspapers (Including a 2 year stint at the Los Angeles Times and also 2 years for a paper north of Seattle).

So I continued 3D animation as a hobby on the side deciding to work on re-doing the VFX of the 1984 David Lynch film, DUNE.

Having posted some of My renders online, I was contacted by a variety of people who liked what I saw, including Joe Lawson (Lord of the Rings: Return of the King), who along with Mark Kochinski (Matrix Reloaded) were just starting up an in-house VFX facility at The Asylum.

I went along for an interview and showed them some of My work and started the following week! The Asylum has certainly been both fun and challenging and while the time constraints are VERY tight, the work is also a lot of fun and there is great variety in the VFX work – everything from earthquakes and floods, to space battles and giant monsters. I also enjoy that I get to do everything from design the monsters and vehicles, through animating and supervising on set. 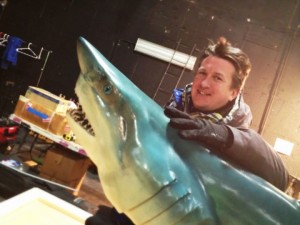 You’ve worked side by side on many films with expert VFX supervisor Joe Lawson, can you share those experiences and your relationship with Joe?
SASHA: It’s been great working with Joe, as this is really My first gig doing visual effects, he has been a great mentor – I brought all My graphic design skills but its quite another thing to work on moving images. Joe has also been the rock that has held the department together through a lot of trials and tribulations and has been very encouraging to everyone in the department while constantly pushing everyone to do better work and I am grateful for the opportunities he’s afforded Me here.

It’s also been interesting to watch Joe move from VFX supervising into directing and being able to support his films with the work we do here. 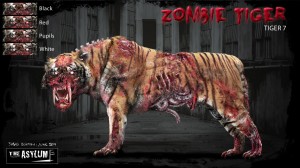 Big budget films can have hundreds to a couple thousand more effect shots than B Movies.  Can you explain how the number of shots you work with in comparison and how it makes a difference in the final product?
SASHA: When I first started at The Asylum, working on films like Battle of Los Angeles and Mega Python vs Gatoroid, things were a little different and we were working crazy hours trying to get 300 VFX done in just a few weeks with a staff of six, now we generally have a set maximum of about 100 – 150 shots for our larger shows with 4 – 5 weeks to do them with a crew of 8 locally and 3 working remotely (2 in England and one in Iowa), though for something like Sharknado, the shot count is up in the 600’s and we will bring on extra people – The VFX crew was upwards of 16 people to accommodate all the shots on Sharknado 2.

While each artist here at the Asylum has specialties, every artist is expected to be a generalist and able to complete any shot they are assigned to do (With help where necessary), in the short time we have available. Larger productions usually spread their shots across several VFX vendors with large teams specializing in certain areas – like fire and water simulations, animation, lighting – across long periods of time, usually from six to 12 months. I recall Gravity had VFX artists working on it for two years!

In comparison, Sharknado 2 had 6-8 weeks for VFX production.

So ultimately, while we do our best to try and make our VFX look the best we can, there are simply things we don’t have the luxury of time and resources for. That said, I think there are some really amazing shots that this team has put together, especially over the last year. 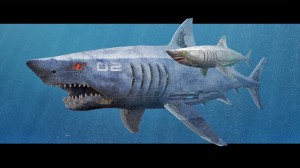 Since an early age you’ve been creating characters and creatures.  Can you tell us about that along withyour graphic design and art and where fans can see your artwork?
SASHA: I’ve been drawing and designing stuff ever since I can remember – Dinosaurs and spaceships to begin with, then a lot of fantasy stuff in high school – I was inspired by artists like Larry Elmore (Dungeons & Dragons), Brian Froud (Dark Crystal, Labyrinth), Boris Vallejo, and in art school I really got into H.R. Giger (Alien). Working in graphic design was good discipline for Me and I learned a lot about working professionally and in particular the high cost of making mistakes… you REALLY don’t want to make the cover for an expensive glossy publication at the wrong size and have no one notice till after its been printed…

Here at The Asylum, My first opportunity to design something was for the giant “Garmr” and “Lindwyrm” creatures for “Almighty Thor”.

Since then I have designed a variety of creatures and things, including Robo Hitler for Nazis at the Center of the Earth, alien spacecraft for Battle of Los Angeles, zombie tigers for Zombie Apocalypse, lizard beasts for Grimm’s Snow White, aliens and stealth ships for American Warships and Mechashark for “Megashark vs Mechashark”.

The main challenge here is to develop a design that the producers are happy with within just a few days – which can take many iterations – as well as being feasible for us to work with in the VFX department. Something that looks cool on paper can look disastrous in motion.

Constant iterations can be frustrating as an artist – especially when you have a design you like personally – but you have to be professional and just keep working at it until you have what is required. Even then the transition from 2D to 3D can bring about even more revisions and it all has to be done while working on other productions.

We are usually working on 3 concurrent productions at a time here, ramping up for one, in the middle of another and winding down on a third.

You can see more of My work here – though I am only able to post artwork after the films are released… http://sashaburrow.blogspot.com/ 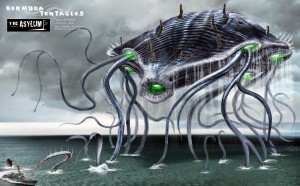 Anything you tell us about your current projects or hobbies you’re working on and when we can see them?
SASHA: Since I’ve been working at The Asylum, I haven’t really had the time or the motivation to do 3D outside of work if its not paid work or R&D for a current production! However, I am still chipping glacially slowly away at My DUNE project… http://dunese.blogspot.com/

You can see the OLD Dune work in progress animations here as well as some of the early stuff I did for the Asylum. https://www.youtube.com/user/omniviant

Definitely check out Sasha’s sites as there’s tons of wonderful art to see. The YouTube page has some very cool clips you’ll enjoy! A huge thanks to Sasha for sharing all the insightful information and his links. 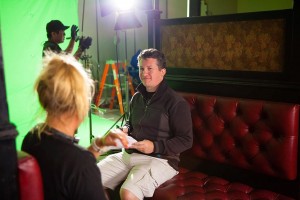 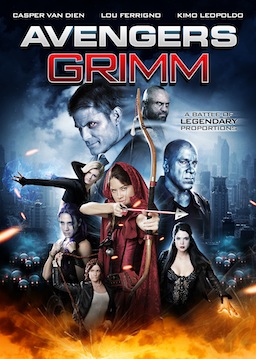 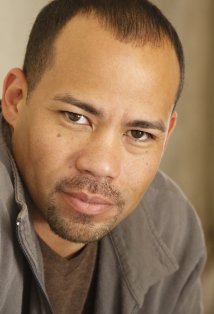