Cinedigm and The Asylum recently announced a deal that entails at least a dozen “high concept” films to be produced over the next three years.  “We have worked with Asylum for many years and have always been in awe of the creative minds of the Davids and Paul,” commented Bill Sondheim, President of Cinedigm Entertainment Group. “They have their fingers on the pulse of consumers, delivering fun and marketable evergreen films that work well on all platforms, from physical to digital to OTT. We know this is going to be a great partnership.”

David Michael Latt of The Asylum adds, “Cinedigm is the perfect partner because they truly understand the appeal of our brand of entertainment and how to reach this audience.”

The February 5, 2015 Cinedigm Press Release indicated that the films in the Cinedigm pact will have “drafting opportunities” off of well-known releases, including Troy: The Odyssey (Action Fantasy), Little Dead Rotting Hood (Horror), Butch Cassidy and The Wild Bunch (Western) and Fortune Cookie (Horror).

The deal appears to be a boost to independent movies.  Gabriel Campisi has been in the film industry for years and is an expert on the business side of making movies.  He has his own book on filmmaking, “The Independent Filmmaker’s Guide to Writing a Business Plan for Investors,” and shares his professional opinion on the deal.  http://amzn.com/B00835VH6U

“I believe this deal proves how strong and significant these movies are, and how well they fit into the economics of Hollywood and the constantly changing world of digital entertainment.  The past decade has seen a revolution in motion picture production and how audiences choose to watch movies.  Theaters are still strong, but gone are the days of Blockbuster Video and its dominance over home entertainment.  The advent of video-on-demand and internet streaming has opened the doors to a vast new landscape that demands solid product.”

“This is great news for independent filmmakers and production companies everywhere, as it gives them vast new opportunities that didn’t exist a decade earlier.  This deal between Cinedigm and The Asylum shows that the industry is emerging and growing, and only getting bigger and better.  It shows audience response is overwhelmingly positive, and solidifies the prosperity of the industry and the direction it’s going.  Personally, I feel appreciative that I am able to be a part of this and work with some amazing people, including David Rimawi, David Latt and Paul Bales.”

“I think frankly this indicates that the ground is shifting significantly for genre pictures,” says Bill Dever, producer and founder of the B Movie Nation. “Traditional cable outlets like SYFY are moving away from features and Cinedigm is defining itself in the video-on-demand and the theatrical market space.” 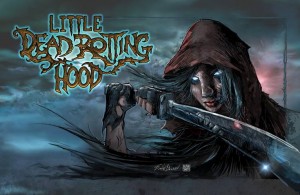