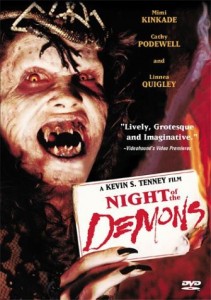 KEVIN TENNEY made his name as a famous, favorite cult horror director with his ’80s classics WITCHBOARD (1986) and NIGHT OF THE DEMONS (1988). His other entertaining credits include THE CELLAR (1989), PEACEMAKER (1990), and ENDANGERED SPECIES (2002). Besides being a B Movie legend, Mr. Tenney, raised in an itinerant military family, also has “tiki cred” in that he was born in Honolulu! Mr. Tenney’s most recent offering is the literally mind-blowing zombie/monster/alien chill ride BRAIN DEAD, unleashed on the world March 20 by Monogram Releasing. Here’s a sneak peek into the lively brain of this imaginative and entertaining filmmaker:

Will the Thrill: This seems to be a classic “kitchen sink” movie, as in everything but, but then you threw that in too! Was the intention to make the ultimate B movie, with as many familiar elements as possible, creatively reunited?

KT: In a way, I guess it was. I just wanted to make a film I would want to go see even if I hadn’t directed and produced it. When my partner, Greg McKay, and I decided to form Prodigy Entertainment, we wanted our company’s first film to be a fun and funny, over-the-top, politically-incorrect throw-back to the hard-core horror films of the ’80’s, using real-time make-up and gore FX, vs, the CGI FX that are so popular in today’s studio horror films, although not so popular with today’s horror fans, me included. And I think we succeded; BRAIN DEAD is an extreme, gory, cult, zombie, horror-comedy in the vein of EVIL DEAD, RE-ANIMATOR, and my own NIGHT OF THE DEMONS.

Thrill: It’s nice to see gratuitous gore and nudity together again. These attributes used to be staples of the genre, which took a somewhat conservative turn somewhere in the late 80s into the 90s. Do you see a return to the glory days of grindhouse cinema?

KT: I don’t know. I think if anyone could accurately predict movie trends, there’d never be another flop made. It does appear that the PG-13 horror films that were so popular a few years ago, like THE GRUDGE and THE RING, have been replaced by the more hard-core, R-rated horror films that are being produced now, like FRIDAY THE 13TH and TEXAS CHAINSAW MASSACRE. But I still believe a good film is a good film, and it will find its audience no matter what type of rating it carries.

Thrill: I think BRAIN DEAD is your best movie since NIGHT OF THE DEMONS. How do you rate it in your eclectic oeuvre?

KT: It’s hard for me to be objective about which of my films is better than the others. My films always look like home movies to me. But my first two films, WITCHBOARD and NIGHT OF THE DEMONS, were both made without a lot of forced input from producers or production companies, so they came the closest to mirroring my creative intent (within the confines of a small budget and tight shooting schedule) than any of the films I’ve helmed since. But since BRAIN DEAD was produced by my production company, it was the first time I was able to have the same kind of creative control I had 20 years ago. It’s interesting that you picked up on that. 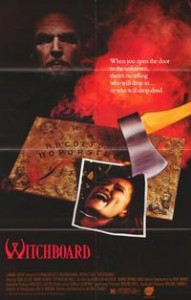 Thrill: Who are your favorite filmmakers/sources of inspiration, past or current?

KT: My favorite directors when I was growing up were Alfred Hitchcock (NORTH BY NORTHWEST) first and foremost, Sam Peckinpah (THE WILD BUNCH), Stanley Kubrick (A CLOCKWORK ORANGE), William Friedkin (THE EXORCIST), and Richard Donner (THE OMEN). After I saw JAWS at my local theater in Fairfield, I went up to the poster in the lobby to read the director’s name, because I knew I was going to want to see everything else directed by this new guy, Stephen Spielberg. Then when I attended USC Film School in my twenties, I studied under Edward Dmytryk (THE CAINE MUTINY), who had been one of the “Hollywood Ten” during the House Un-American Committee’s search for Communists in the film industry. I know this is blasphemy, but I wasn’t really interested in independent horror films back then. I didn’t see the original HALLOWEEN, EVIL DEAD, NIGHTMARE ON ELM STREET, or FRIDAY THE 13TH until after I’d made WITCHBOARD and NIGHT OF THE DEMONS.

Thrill: Glad to see you’re still at the top of your game after all these years. What keeps you going, and what’s up next for you?

KT: What keeps me going? I always direct with an Energizer Bunny in my shorts; it keeps me going, and going, and going, while giving me a warm, fuzzy feeling all over. Next up, my partner, Greg, and I just finished co-producing a NIGHT OF THE DEMONS re-make, which is in post production right now and should be released later this year. I just saw the director’s rough cut last night, and I think the finished film is going to be a fun, gory thrill ride. Greg and I have also acquired the re-make rights to WITCHBOARD, and we are presently in the process of getting the financing in place. Hopefully, we’ll be in production by later this year or early next year. 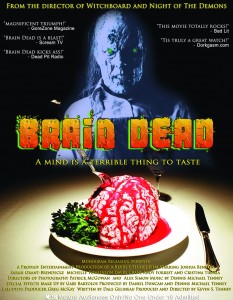 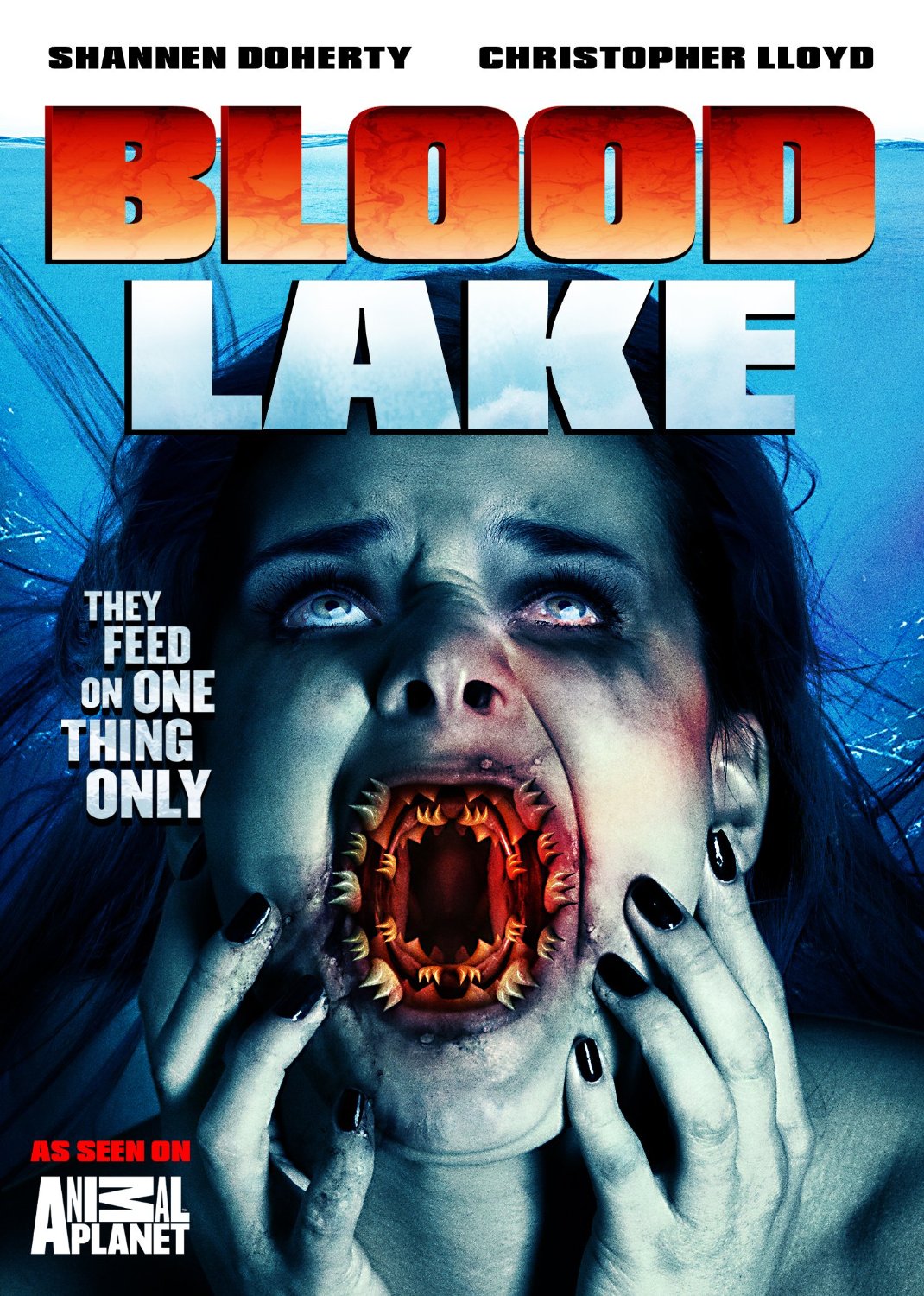 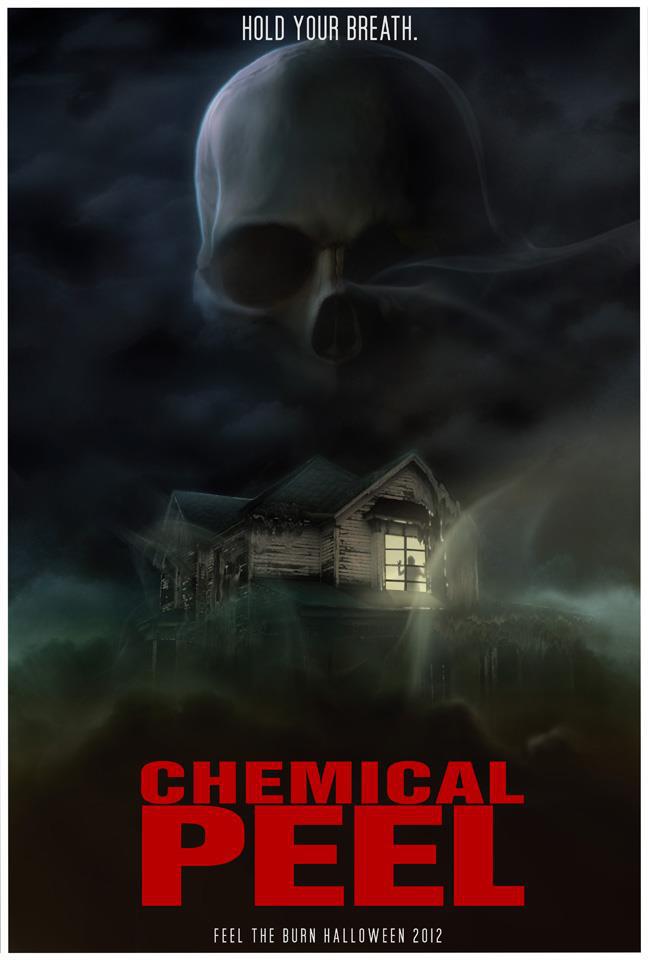 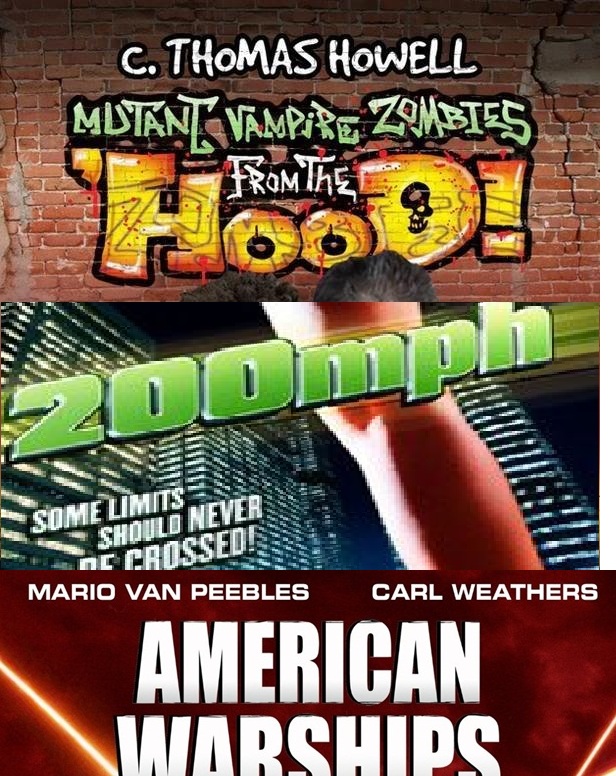