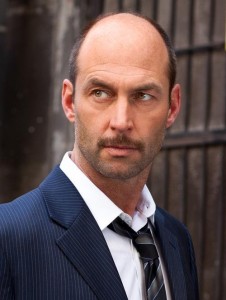 Darin Cooper is highly recognized in numerous films and his credits keep piling up.  The last year has been an exceptional time for Darin, with a half dozen recently released films and several currently in production where he is working alongside with some extraordinary names.  Darin sums the year up stating, “This has been a miraculous year overall.” 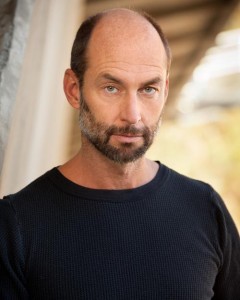 Darin’s talent, commitment, and hard work over the years is paying off, as he is in James Franco’s upcoming In Dubious Battle.  Darin plays the role of Robert Duvall’s hired gun, a Pinkerton detective who is brought in to discourage the unionization of apple pickers in 1930’s Northern California.  The screenplay is an adaption of John Steinbeck’s novel of the same name.

Working with Franco on In Dubious Battle was a privilege as Darin tells, “I think every serious actor’s dream is to work with legends in their own field (Robert Duvall, Ed Harris, and Sam Shepard) and to get deep with an exemplary director who happens to be an incredibly talented actor (James Franco).” Darin continues on with his admiration acting with the cast,  “Working on this set and being in a scene with these guys (not to mention the formidable powerhouse Vincent D’Onofrio, and superstars Selena Gomez, Josh Hutcherson, Ashley Greene, Analeigh Tipton, Bryan Cranston, I mean, geez, the list goes on and on) was such an honor.”

Continuing with the miraculous year, Darin also shared that he recently was in Atlanta shooting Keeping Up With The Joneses opposite Zach Galiafinakis and Isla Fisher.  Immediately followed by traveling on this past Memorial Day to shoot Vice Principals which is Danny McBride’s new HBO comedy co-starring Walton Goggins.  “Hilarious stuff, McBride is a comedic genius” Darin said. 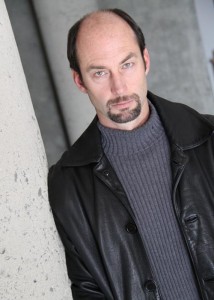 Rounding up are a few more films listed on IMDB that currently are in production (which is constantly updated).
Cockroaches
You Above All
Hedda Gabler

For more information and to keep current with all of Darin’s upcoming films and news, be sure to visit his pages.