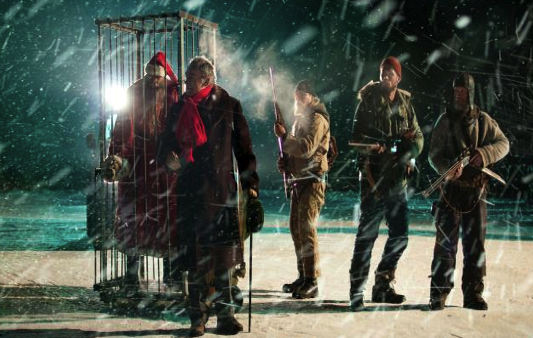 Rare Exports: A Christmas Tale is a 2010 Finnish fantasy film directed by Jalmari Helander about people living near the Korvatunturi mountain who discover the secret behind Santa Claus. The film is based on a 2003 short film “Rare Exports Inc.” by Jalmari and Juuso Helander.

The film focuses on a group of local reindeer herders whose Christmas is disturbed by excavations on the mountain. A scientist has ordered a team of workers to dig open what he calls “the largest burial mound in the world”. An explosive used by the team uncovers what is referred to as a “sacred grave”. However, the occupant of the grave is still alive. Soon, the reindeer important to the local people are mysteriously killed, and children and supplies begin to disappear from the town. It emerges that the occupant is the source of the original Santa Claus myth; a supernatural being who, rather than rewarding good children, punishes the naughty. One family, however, manages to catch the culprit in a trap, and plans to sell it to the scientist to cover the losses caused by his excavation.