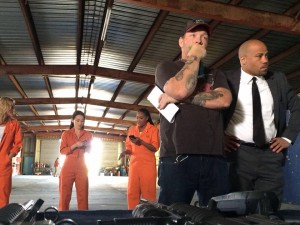 The last several years have been extremely busy and productive for Chris Ray. Chris and Gerald Webb his partner at DeInstitutionalized, racked up awards at festivals for their 2014 film A House is Not a Home and currently they are working on several new projects.

“I feel honored to have been working with Chris Ray for the last 8.5 years. When I met Chris, acting in the first feature he directed, we hit it off immediately because we both were willing to step up and do whatever needed to be done to make the film the best it could be. From that first non union, super low budget movie we’ve never stopped working together and both continue to drive forward, grow and make movies. He makes me want to work harder and I hope I do the same for him. Now as business partners, our company DeInstitutionalized Films success is just getting started and I honestly wouldn’t want to be taking on that challenge with anyone else,” Gerald shares.

Chris also directed several Asylum films that recently have been released, including Mega Shark vs. Kollosus and 3 Headed Shark Attack. When he directs a film, he makes sure the entire cast and crew understands it’s a group effort and he’s there to instruct, support, and assist. In return he expects total dedication and hard work from everyone. 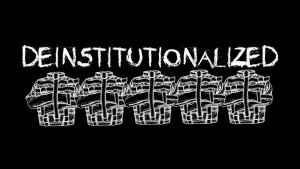 Chris grew up learning from one of the best directors in the business. His father Fred Olen Ray has directed well over a hundred films, TV series, and shorts since the 80s and even though Chris appeared uninterested in the film industry as a child, he must have been taking in his father’s directing expertise. Fred shares about Chris, “I spend most of my time simply thinking about how much he means to me. He was always a quiet kid growing up… never overly demonstrative. He had no interest in the film business. Like many showbiz kids, it’s just something the old man does to make ends meet. I was stunned by how fast he moved up the ladder when he finally decided to tackle the film industry. He’s still quiet, but he certainly gets things done.” 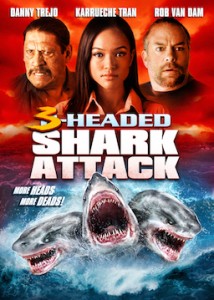 Recently released or due out soon are several films Chris directed. 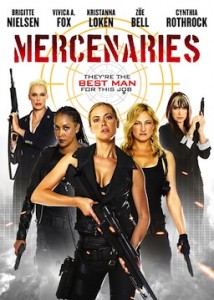 Chris’ horror film, Minutes to Midnight is DeInstutionalized second film. Storyline: On the cusp of New Year’s Eve, seven friends and a mysterious backpacker converge at a desolate ski lodge in the mountains when they are systematically hunted down by ruthless masked men with a cryptic agenda. The film stars William Baldwin, Richard Grieco, Bill Moseley and many of the supporting cast members are from his previous films and Asylum films. The movie was written by Victoria Dadi and Christopher M. Don. Victoria has worked with Chris on many occasions and they became close friends after working together on a couple films. She shares her story from the first time she worked with Chris. 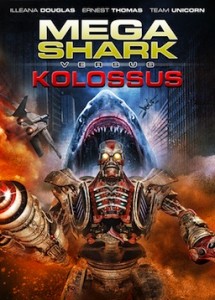 “Chris Ray was the line producer for my second produced screenplay, 2012: Ice Age (2011), but I had no idea who he was and didn’t meet him until a year later. It was when I jumped in at the last minute on Bigfoot (2012) as the location manager with my only qualifications being that I had lived in the Seattle area for fifteen years or so and that the guys at The Asylum trusted me to get the job done. Within a week of wrapping Bigfoot, Chris asked me if I wanted to go to the Bahamas to work on another movie with him and be his script supervisor. I said “Hell YES! …uh… What’s a script supervisor?” He told me not to worry, just pack up and get there and he’d teach me. That was the no-turning-back moment. I have gone from not really knowing what a script supervisor was to absolutely loving the job in a matter of just a few short years and only a few films all thanks to Chris teaching me.” Victoria shared.   “He’s always ready to teach me anything I’m willing to learn. He took me on as his unit production manager on a film once because I wanted to know how that worked and he patiently taught me every single bit of the job. I recently found out that I’ve somehow accidentally managed to learn how to direct a film, thanks to him (and I’m still mad at him for it!) I absolutely love working with Chris because when I work with him, I’m working with one of my best friends. We have a blast on set even though we’re working 12-14 hours a day. I love his dedication to every single person on set, treating every single crew member, no matter what their job, with the same respect he treats starring cast members. He expects everyone to work extremely hard but never asks anyone to do anything he wouldn’t do himself (but let’s not test this theory in the hair and makeup department, okay?)” 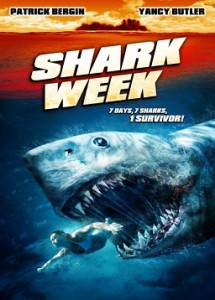 Obviously Chris wants his friends and colleagues to succeed and Victoria is just one example of the many cast and crew he worked with that he encouraged and inspired. For more information about Chris and Gerald’s Production Company go to Deinstitutionalizedfilms and check out The Asylum’s website for many of his other films.