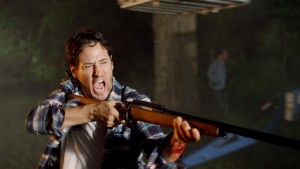 Night of the Wild

When a large meteor crashes into a quiet town, pet dogs become mysteriously aggressive – attacking and killing the residents. Teenager Roslyn and her old but faithful dog Shep are out camping when the attacks hit. Now separated by the chaos in town and blocked roads, Roslyn and the other members of her family must find each other by fighting back against the blood-thirsty hounds before the dogs take over the whole town and escape becomes impossible. 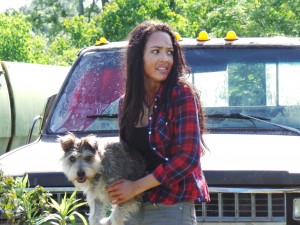 If your kids are begging you on a daily basis to get a dog and you don’t want to, then Night of the Wild is perfect for your family movie night. It’s packed with quality gruesome dog attacks that would scare off dog whisperers and change your kids mind. For the most part the movie is a typical survival film and bonding experience for family members and friends. The difference is you don’t hate the killer dogs, because they’re basically possessed and can’t control themselves, plus they’re so cute!

As expected the large dogs do the most damage, but director Eric Red does an excellent job keeping the audience entertained by providing some rather comical tiny angry dogs. Watching these little dogs snarl with blood around their mouth before an attack was adorable, a bit funny, and their owners were typically over the top dog lovers that you didn’t mind seeing attacked by these two pound fluffy beasts. Throughout there’s more subtle comical relief, hopefully it’s all meant to be comical, but you will chuckle at some intense moments. 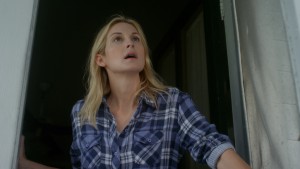 The dogs are quite intelligent and form packs to strategically attack victims. One of the most strategic attacks was a guide dog leading its owner into the street, so he’s hit by a car. When bystanders assist the owner, the dog waits until his owner is the most vulnerable and then attacks.

In addition the sound effects do a good job adding to the audience getting frustrated with the dogs. Once most dogs are taken over by the meteor’s affect, there’s nonstop barking that gets into your head. If your neighbor’s poodle happens to bark while you’re watching the film, you’re sure to go outside and aggressively scream at it and lash out at the owner. 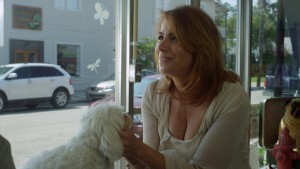 After the town’s residents are pretty much wiped out from the dogs, the film’s main stars try to escape and make it far away in hopes of no killer dogs….in hopes! Night of the Wild is worth checking out, especially if you’re a dog lover, the dogs are so adorable you still love them even after you see the damage they’re capable of doing.

Be sure to check your local Syfy channel listings for the next showing of Night of the Wild.