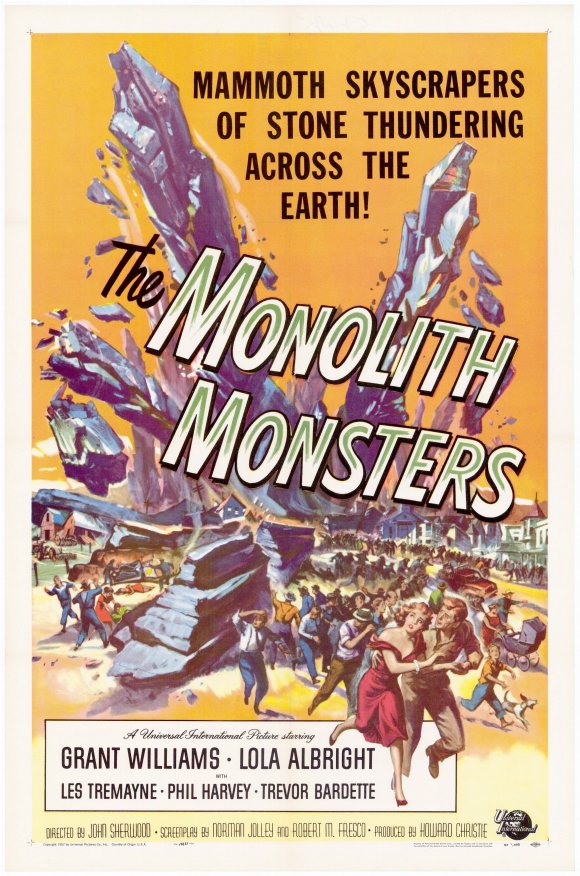 The main thing I found appealing about this science fiction thriller from Universal was the films unique menace: deadly crystals from space that arrive with a meteor. When one one thinks about it, a meteor containing some deadly or destructive element or mineral causing havoc on Earth is more likely than destruction by alien invasion. The menace here are crystals that expand to enormous proportions when they come in contact with water. The crystals are also deadly if touched by someone when they are expanding.

The film has good but obvious special effects. The crystals rising and expanding are done simply by pushing them up through holes in the table top miniature sets. Grant Williams, fresh from THE INCREDIBLE SHRINKING MAN, gives a good performance despite the fact his role is the standard scientist type found in most films of this nature from this period.

Film historian Bill Warren correctly described THE MONOLITH MONSTERS as Universals last “adult” science fiction of the 1950’s. After THE MONOLITH MONSTERS every horror/science fiction film PRODUCED by that studio were lackluster quickies (THE LEECH WOMEN; THE THING THAT WOULDN’T DIE etc.) thrown out to support much better imported (Hammer films like HORROR OF DRACULA) or independent acquisitions (THE 4D MAN.) I would also like to note this was 1957’s second “deadly mineral” film, the other being Columbia studio’s THE NIGHT THE WORLD EXPLODED. I would also like to mention I found the scene where Grant Williams tries to get a weather forecast from weatherman William Schalert pretty funny. 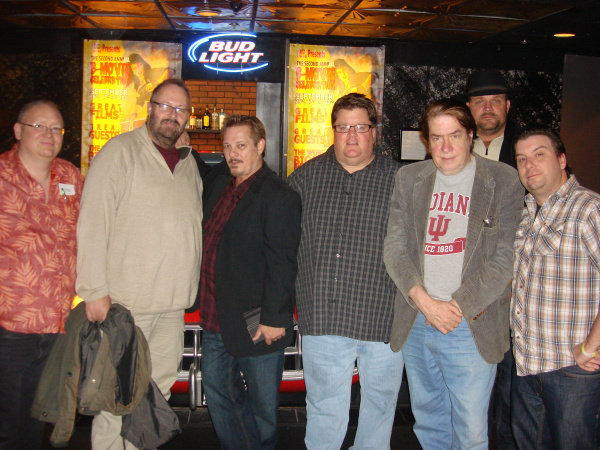 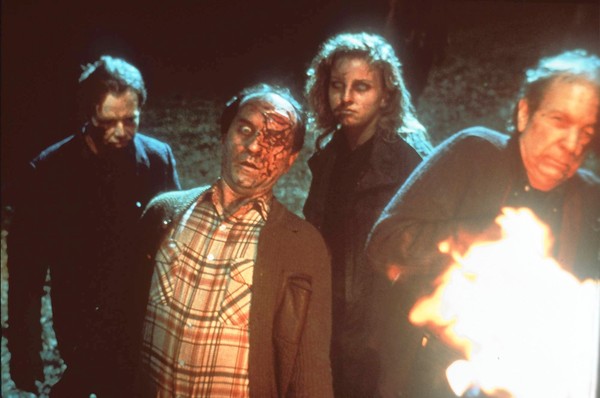 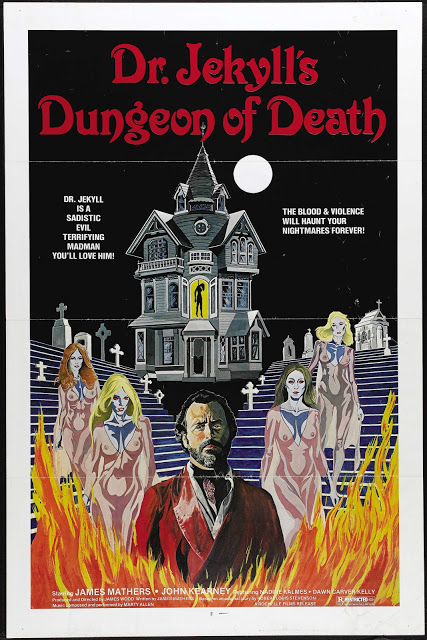