Marcus Bradford has had his hands in numerous films over the years whether acting, producing, editing, and every job in between. A few of them were films by James Cullen Bressack, Maria Olsen, and Edward Payson, amongst many others.  Bradford in recent years has been working tirelessly on his own films.  With a half dozen films slated for the upcoming years, his newest film “Witchula,” will go into production mid-2016. 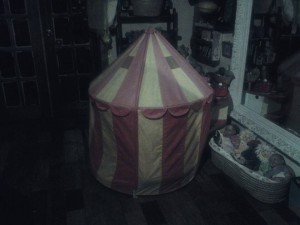 HOLLYWOOD, Calif. – Nov. 30, 2015 – PRLog — . Marcus Bradford, has announced that his production company, MAB Studios’, new project, “Witchula,” has begun development. Bradford and fellow writer/producer Pat Kusnadi (“The Id”, “The Ringing,” “Because We Care”) have created a script that combines several sub genres into a project that is sure to delight horror fans. Witches, werewolves, vampires and more will be featured, with the title character, Witchula, being the first, witch vampire hybrid ever to hit the big screen. Other producers attached to the project include horror veterans Matt Chassin (“Krampus the Christmas Devil,” “Seeking Valentina”) and John Blythe (“My Amityville Horror, ““One Day When the Rains Fell”).

For his part, Bradford says,” Witchula,” has been a labor of love, ““It’s been a little over 13 years (May 25th, 2002) since the very First Draft of ‘Witchula’ was written. Conceived by a very unique “working title” and a small idea/concept of how ‘Witchula’ became to being from my father, Clifton Bradford… I was able to put something special together within a matter of a couple weeks.” Now here all these years later, Marcus is about to see his labor transform from the paper to the camera to the screen.

Bradford, who is also set to direct, has tapped horror icon Maria Olsen (‘Lords of Salem” “American Horror Story”) as the title character. Olsen who boasts over 200 credits, is well known to horror fans, not just for her diverse roles but as a staple at horror conventions as well.

“Scream king, “Bill Oberst Jr. (“Criminal Minds”) is also set to star. Oberst, the star of the Emmy winning film “Take this Lollipop,” is also one of the most familiar faces in the independent horror world, and is the proud recipient of twelve acting awards, including the coveted Lon Cheney Award for excellence in horror from the FANtastic Horror Film Festival. Oberst said he is ‘proud and excited, to be associated with such a groundbreaking film.”

Rounding out the preliminary cast members are Eileen Dietz and Marilyn Ghigliotti. Dietz, another horror staple is best known for her portrayal of the demon, in the classic film, “The Exorcist.” Ghigliotti is also an icon, but not in the horror world: Marilyn is best known as Veronica, the estranged girlfriend in Kevin Smith’s “Clerks.” In recent years Ghigliotti has made her mark in independent scifi and horror as well, starring in films like “Alien Armageddon,“ ”Starship Rising,” and the soon to be released “Rogue Warrior.”

Bradford says he is far from finished casting, and he plans to make “Witchula,” “”The Expendables ‘” of horror.” He is also not done finding crew and production partners. As of yet, there are no exact dates set for production, but Bradford promises to begin shooting sometime in mid-to late 2016. Until then, there will be many more exciting announcements from production. For his part, Marcus Bradford remains humble and optimistic, “I’d like to say thank you to those who’ve followed us throughout the last year and a half. My dedicated team and I promise to give you all an awesome, character-driven, scary-suspenseful and enjoyable film you’ll never forget!”