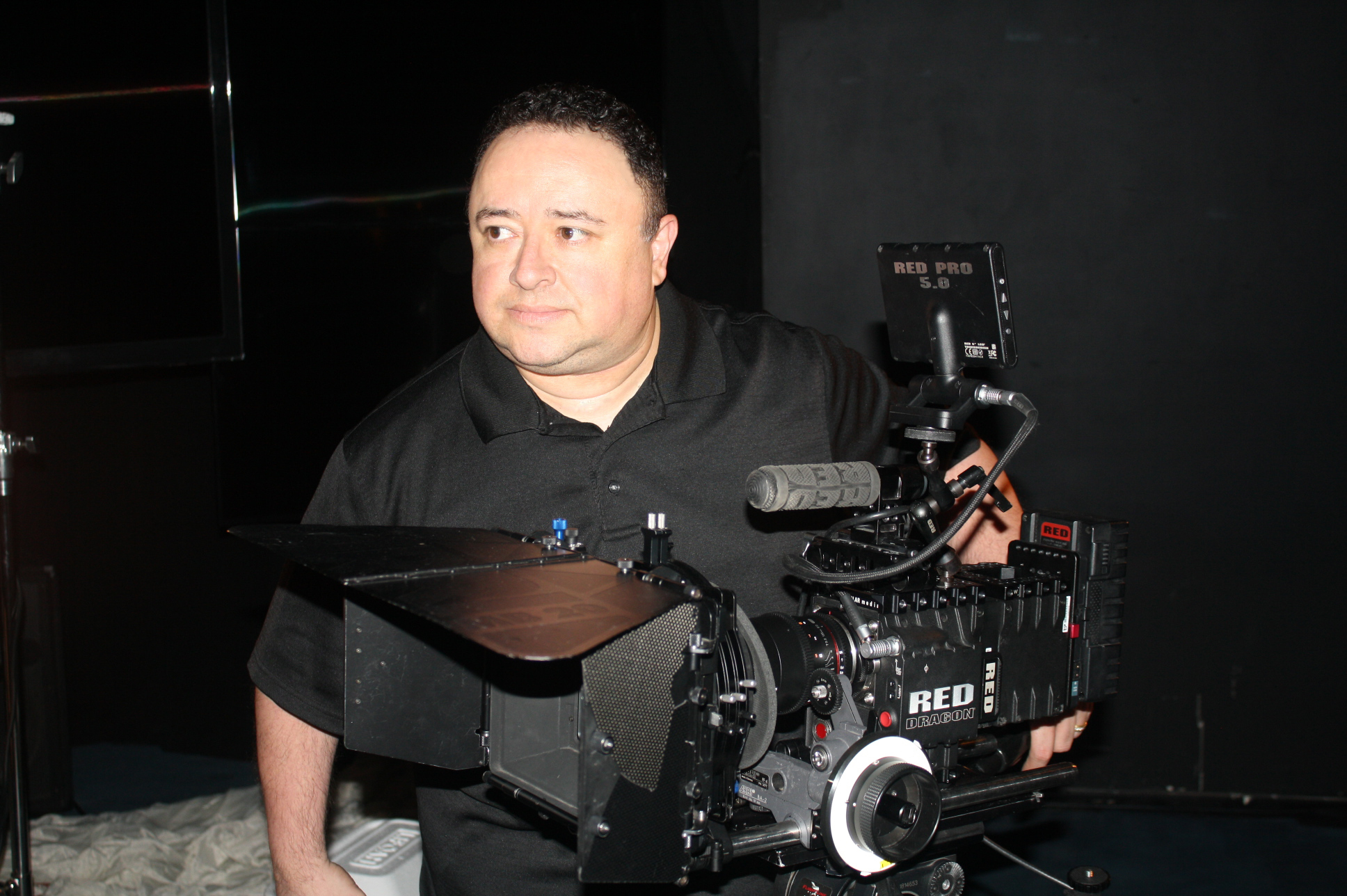 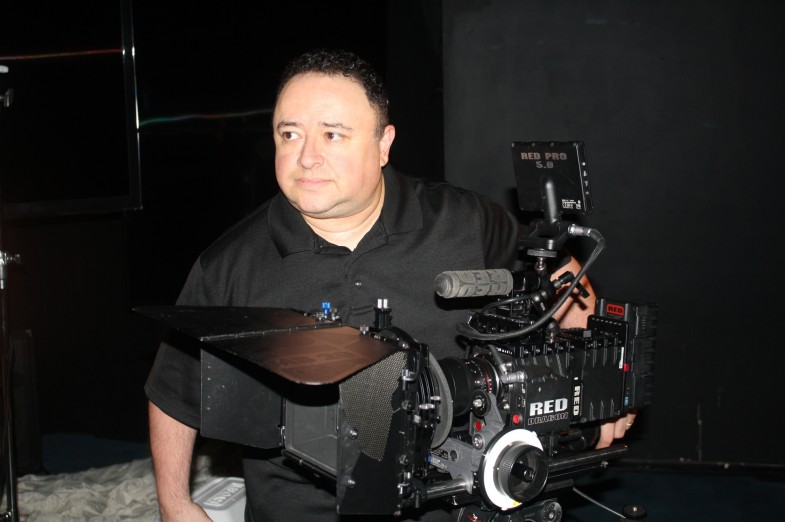 “I was asked how long I would try to succeed in filmmaking before I’d give up. I said giving up was not an option, and if I didn’t make it, I’d die trying.”  –Gabriel Campisi.

Fortunately, Campisi didn’t have to live up to the second part of his statement, and has emerged as one of the most desirable and sought-after filmmakers of current times. A lot of what contributes to his success is his deep-rooted experience in filmmaking from a very young age, having shot films on Super8mm, 16mm and video before coming to Hollywood.  His first recognition took place at the age of 16 by placing first in Chicago’s Photographic Society of America Teenage Film Festival for a short film he wrote, directed and produced.

Campisi spent several years honing his craft not only on motion picture production work, but also on national commercials, top music videos and industrials. He studied with Professor Richard Walter of UCLA’s Screenwriting Program, and wrote for a newspaper for several years before publishing several short stories in small press.  His dedication to the craft led him to the world of motion picture finance, and he subsequently wrote The Independent Filmmaker’s Guide to Writing a Business Plan for Investors, now in its Second Edition from McFarland Publishers. 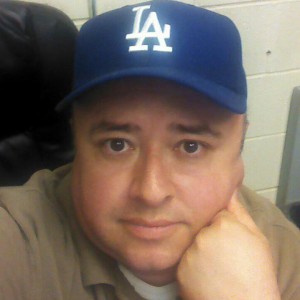 Despite Campisi’s experience, he will tell you that he learns something new from each film he makes and applies it to all his new films. He’s notoriously known for being a team player that’s meticulous on set, but in a cordial way that gets results amongst the cast and crew. His work ethics and personality are admired by everyone he works with, including cinematographer Laura Beth Love (Alpha House, Jailbait, Bound, Thunderland), who has shot several of Campisi’s films:

“Gabe Campisi is such a positive force of nature,” says Love.  “It’s no wonder he is able to get so many projects off the ground. He’s just somebody you want to be working with!” 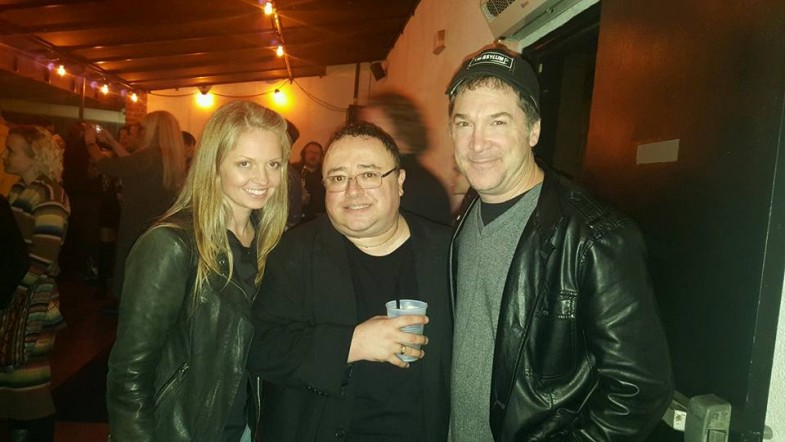 Campisi’s current and upcoming list of films includes working with a variety of producers and production companies, including Sony Pictures and The Asylum, which has made over 200 films in every genre over the past two decades. The Asylum and Campisi have maintained a strong working relationship for many years, and the company has nothing but praise for him, including David Michael Latt, one of the partners and producers at the company:

“Gabe is the nicest guy in show business,” says Latt. “No matter what the drama is on the set, or in the office, he will always work hard to make things look easy and calm.  He is curious.  He wants to know everything about a genre, the process, the journey.  He loves to learn and to explore.  He has no ego.  He surrounds himself with creative people and collaborates.  He gives credit where credit is due.  It’s never about him — it’s about the show.  He makes you believe you are doing great and noble work, even though you aren’t curing cancer.”

David Rimawi, another partner and executive producer at The Asylum, feels equally as strong about working with Campisi:

“Gabe Campisi is a force!” says Rimawi. “He takes on each project as though it is fully his own, staying passionately involved from start to finish and at every level.  He wrote the screenplay for Little Dead Rotting Hood, which The Asylum produced, but really acted as the project champion.  We are definitely looking forward to our next collaboration.”

Hailed as one of the must-see horror films of 2016, Little Dead Rotting Hood was recently released by The Asylum and Cinedigm.  The movie was written by Campisi and directed by filmmaker Jared Cohn.

Campisi and Cohn partnered up several years ago to create Traplight Media, a development and motion picture production company in Los Angeles, and have been working together ever since. Immediately, the company was co-producing films with other producers like Switzer Entertainment Group and 313 Films.

“Gabe is the beast-master!” says Cohn. “He and I are constantly thinking of ways to make better movies.  He is an amazing writer and producer.  I am very happy to have such a talented, smart and strong partner on my side.” 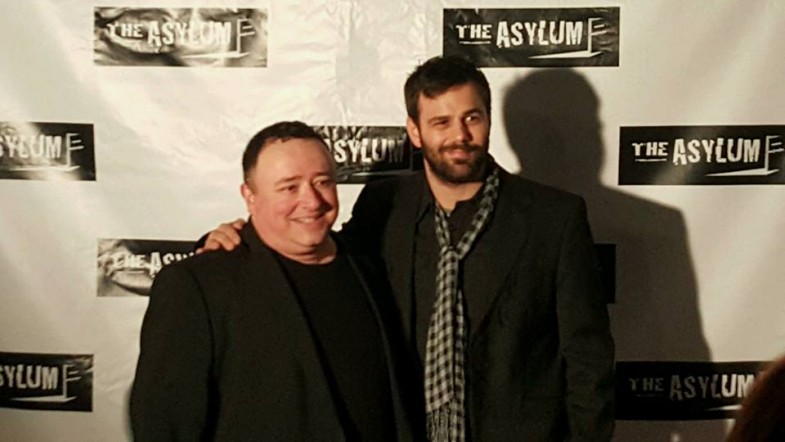 Echoing the same sentiments as Cohn is NBC-Universal production executive Clarence Perry (NBC’s Crowded, TV Land’s The Soul Man), who worked with Campisi and was impressed with him from the start:

“I’ll never forget when I first met Gabe,” says Perry.  “It was day one on a movie we were working on (Buddy Hutchins), when I pulled up to the location and was greeted by the friendliest set production assistant I had ever met.  Unbeknownst to me, that set PA was actually GABE CAMPISI…our executive producer!  I thought he was BS’ing with me, but in fact, he was El Jefe.  From the moment I met Gabe, I knew he was a force to be reckoned with.  Gabe (like his partner/director Jared Cohn) is a visionary who isn’t afraid of getting his hands dirty.  His dedication to his craft is remarkable, but his dedication to everyone’s happiness is even more impressive.  He genuinely cares about the entire cast and crew, and looks out for their well-being.  It is because of this we have formed a friendship outside of work that continues to this day, but I cannot wait to work with Gabe again in the near future!  That man is simply a BEAST!” 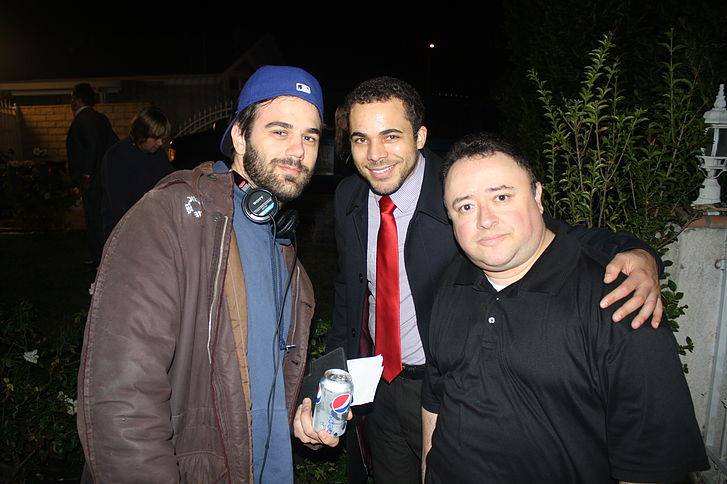 “Gabe is an intelligent, hardworking, organized guy who makes production run extremely smooth, and he’s very detail-oriented,” says booming producer Richard Switzer of Switzer Entertainment Group, who regularly produces films with Campisi and Traplight.  Switzer himself is responsible for having nearly a dozen films currently in production.  With both Campisi and Switzer emerging as top producers in the industry, it’s only fitting they both work together so often.  A few of their upcoming films include School’s Out, Arlo the Burping Pig, and Blue Line.

Producer Judy Kim of Trigold Entertainment, who served as a VP at Warner Bros. for ten years, and six at Paramount Pictures, echoes the same sentiments about Campisi. She said she can go on and on talking highly about him:

“I can’t say enough great things about Gabe,” says Kim.  “I love working with him (and with his partner/ director Jared Cohn), and we’re always looking for another project to produce together!”

At the studios, Kim worked on the very successful Transformers, Jackass, Harry Potter, and Matrix franchises.  She has worked on numerous award-winning independent films and says Campisi and her are currently planning on movie-world domination.  Campisi and Kim worked together on the just-released Wishing for a Dream, and Buddy Hutchins.

Paul Logan, a producer and actor on dozens of movies and television shows, including Days of Our Lives, recently wrote and starred in The Horde, a highly-anticipated action-horror film that Campisi co-produced with him at 313 Films.  The project was extremely personal to Logan, and he says he brought on Campisi for his expertise to handle things on set, allowing Logan to focus on kicking some mutant ass:

“Gabe is a great guy,” says Logan. “He is so passionate about what he does.  He is a great ‘nuts and bolts’ producer and problem-solver.  Gabe’s always diplomatic and willing to go the extra mile. He’s a good producer and a good friend.  It was great having him on board The Horde, and is an asset on any project.”

The Horde is due out this summer and guarantees to entertain. 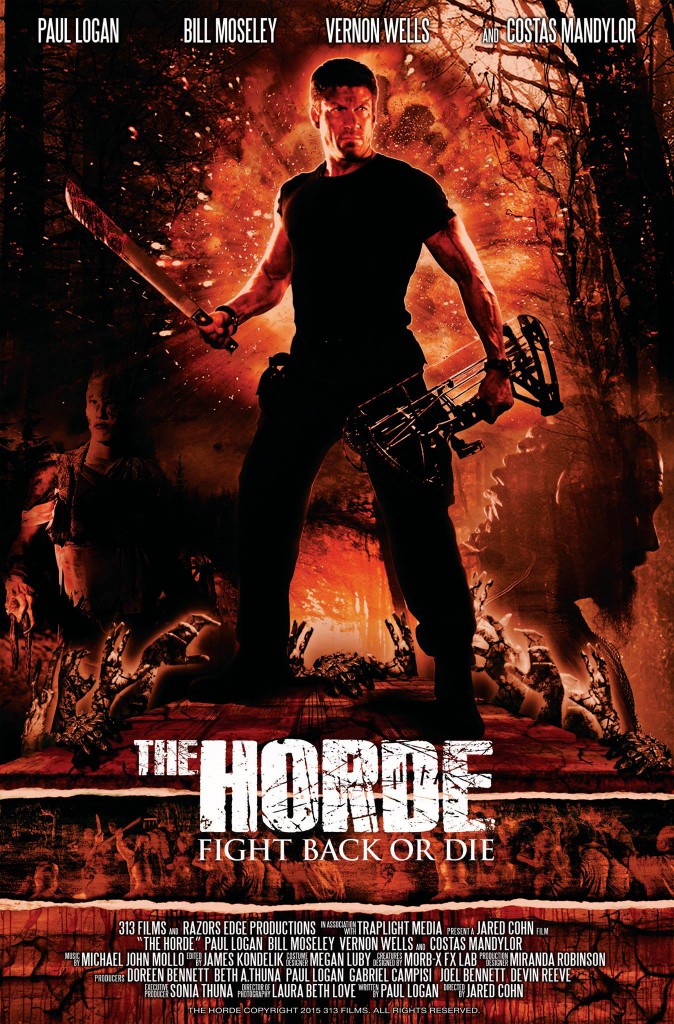 Campisi has several more projects in various stages of development, including studio projects, so the only way to keep up with him is by frequently visiting his personal website, Traplight, and his IMDB:

Lastly, whether you’re an aspiring filmmaker, established producer, or just want to learn more about the filmmaking business, be sure to check out Campisi’s book The Independent Filmmaker’s Guide to Writing a Business Plan for Investors.  It contains interviews with some of Campisi’s friends in the business, including Gerald R. Molen (Oscar-winning producer of Schindler’s List, Jurassic Park, Minority Report), Donald Kushner (producer of Tron, Tron: Legacy, Monster) and Pen Densham (Robin Hood, Backdraft, Poltergeist: The Legacy): 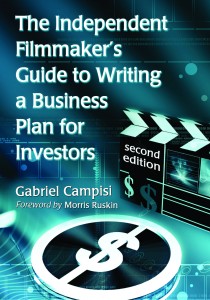 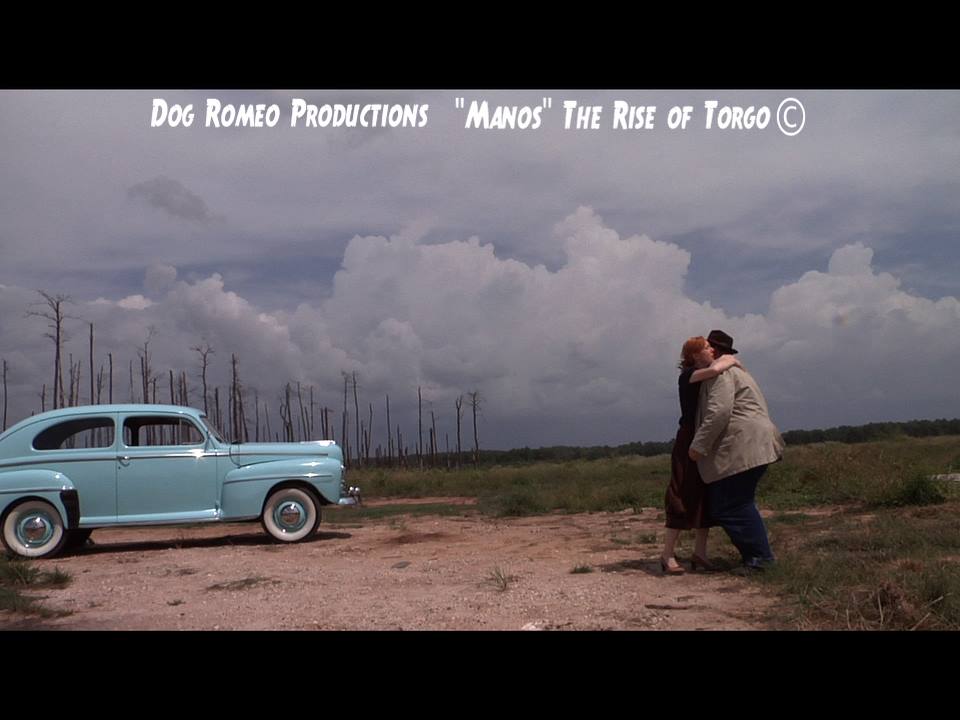 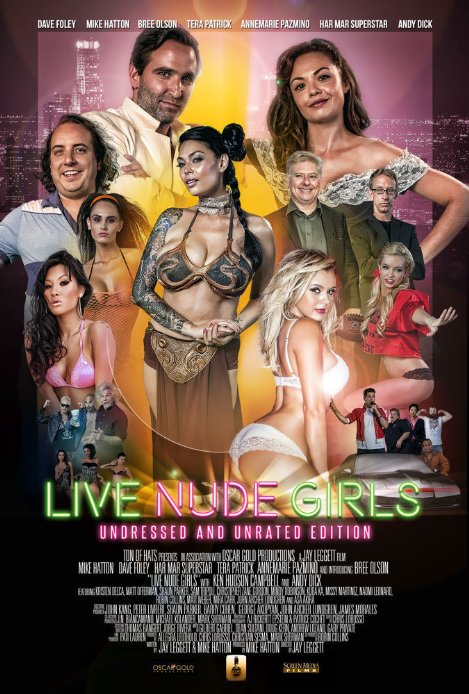 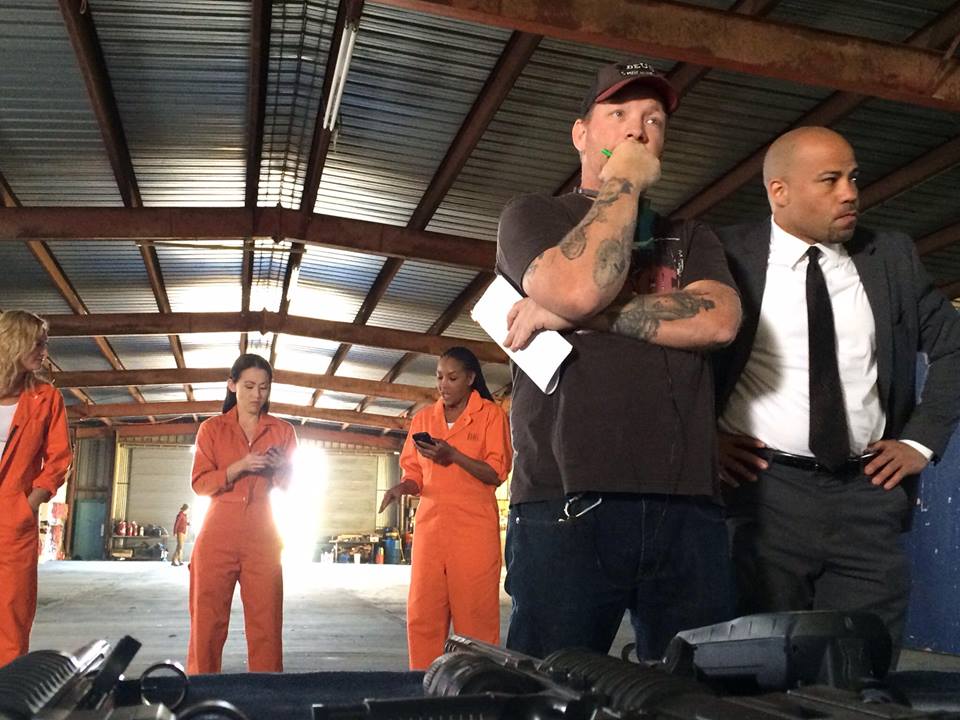 0 211
The Spotlight Shines on Chris Ray 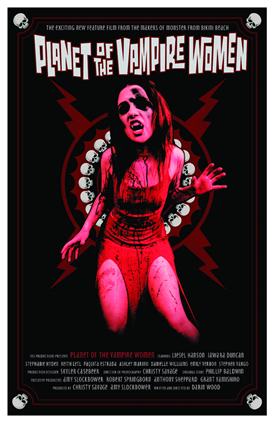