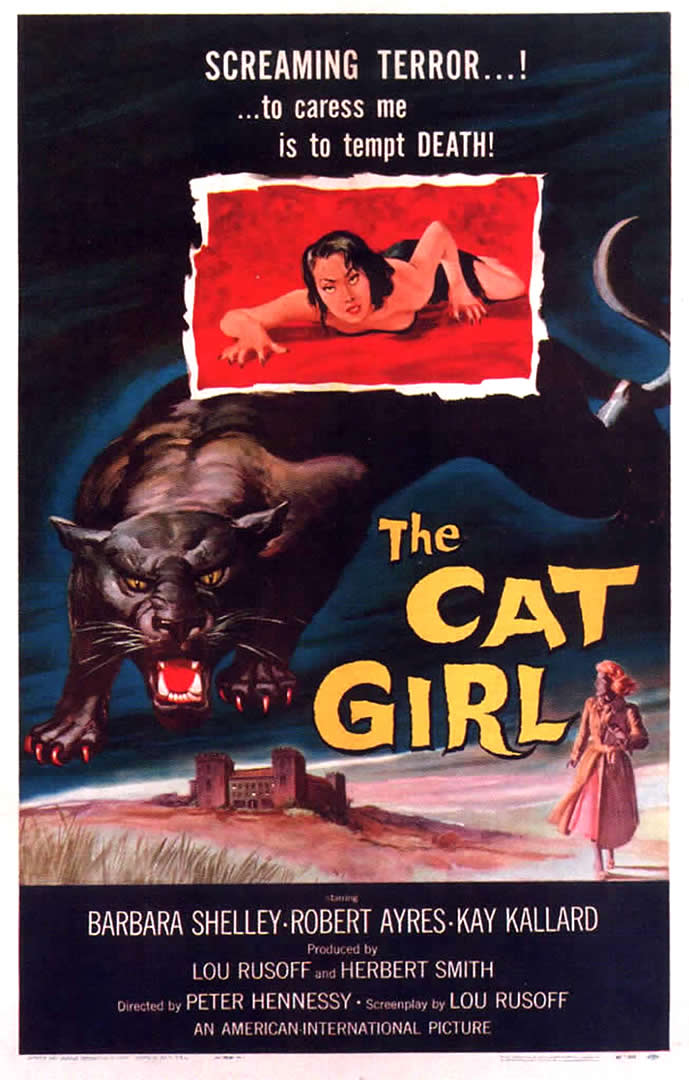 The 1942 Val Lewton film, CAT PEOPLE, is considered by man to be a classic. Without really showing but implying, the film tells a compelling story of a strange lady who swears she is afflicted with a curse that turns her into a killing cat. When she is jealous, in particular, she is becomes this cat and kills. Even though she has a loving and caring husband, when she thinks he’s being unfaithful, she strikes.

In most ways, THE CAT GIRL is CAT PEOPLE with the plot rearranged just a bit. In THE CAT GIRL, a lady becomes a leopard AND controls a killing leopard–whenever she wills it or becomes jealous. In this film, she really does have LOTS of reason to doubt her husband’s faithfulness and he’s one of the first to be torn apart by the leopard. Like CAT PEOPLE, the deaths might just be the result of a runaway big cat and the viewer isn’t sure if the leading lady really is cursed or just crazy! And, because of this strange conviction, both ladies are treated by well-meaning therapists bent on ridding her of this obsession.

As I pointed out, the plots have a lot of similarity. The biggest differences are that THE CAT GIRL is less subtle. Its showing her as she sees her hands turn to silly paws and the fuzzy image of her as a cat is pretty silly and would have been better had these scenes not been used. That is the big strength of CAT PEOPLE–such silly gimmicks and costuming isn’t used–the idea is that more is less and that is definitely true. Also, CAT PEOPLE is a better film because its main character, Simon Simone, was likable and hated her curse–whereas in this film, the lady was a selfish and nasty piece of work–making it harder to connect or care about her. On top of all this, THE CAT GIRL certainly lacks the originality and freshness of CAT PEOPLE.

Despite its shortcomings, is this film worth seeing? Robert Ayres’ character, Dr. Marlow, certainly isn’t great. He lacks conviction and believability–being rather controlled and who would believe that a psychiatrist would treat an old flame–particularly after she tells him she loves him and wants him. Only an idiot would continue treating such a person themselves. This is a big problem with the plot. On the other hand, the film generally does a good job of setting the mood and is eerie. So, overall I’d say that this is just a mediocre copy of the original with nothing over the first film. However, if you just couldn’t get enough of CAT PEOPLE and insist on seeing this sort of thing again, they by all means it’s worth watching. 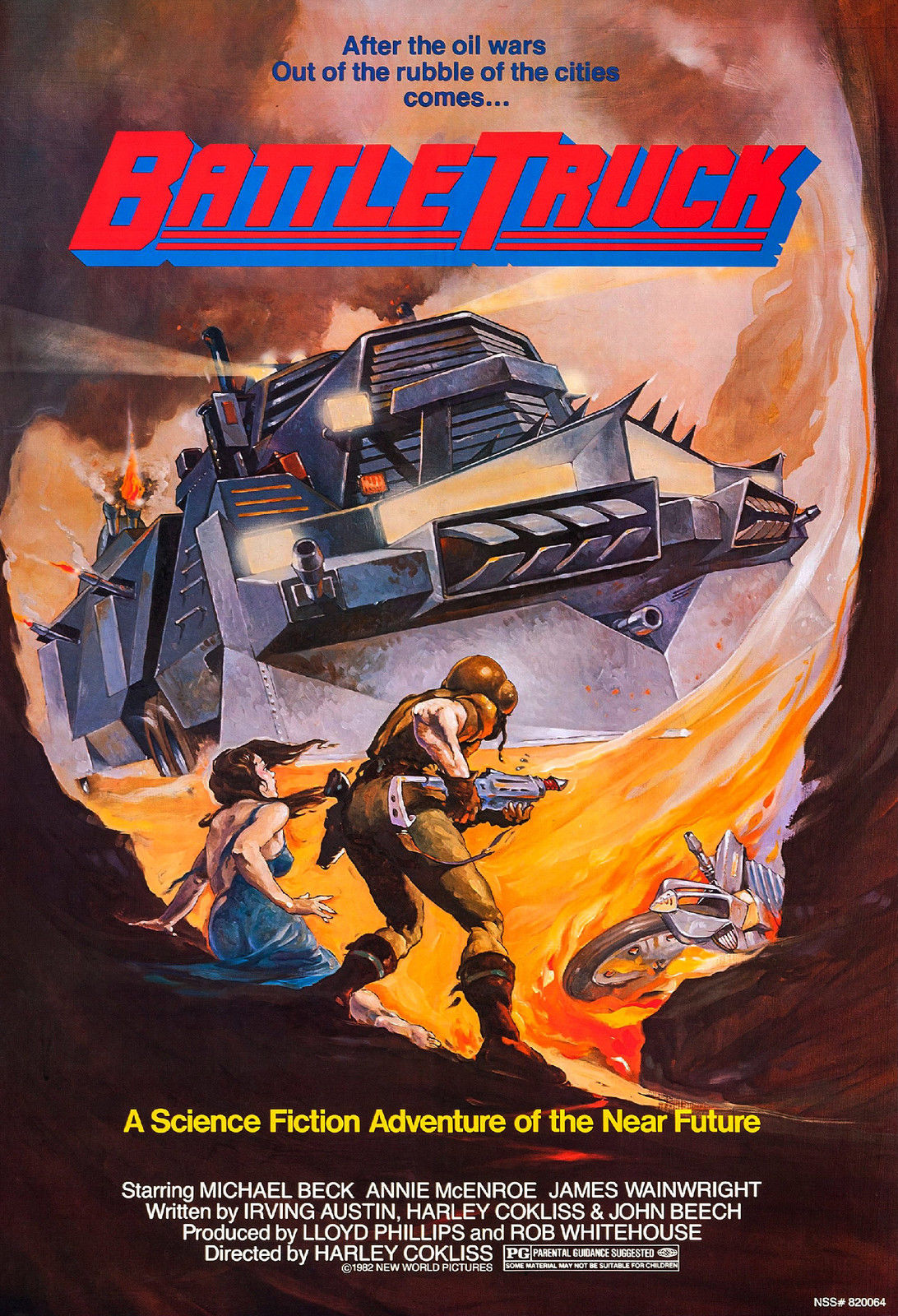 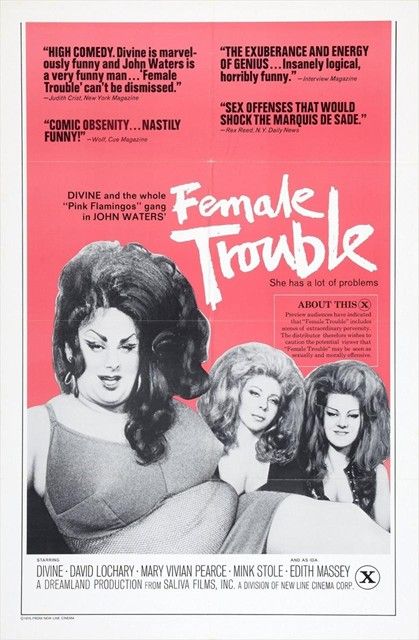 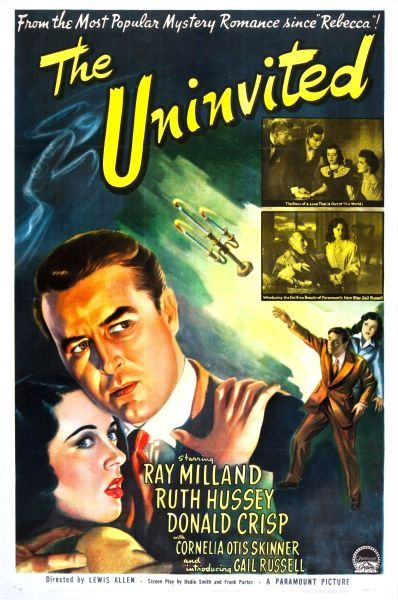 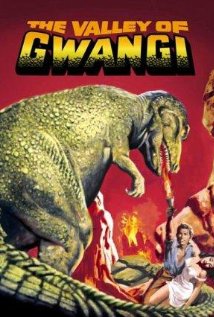