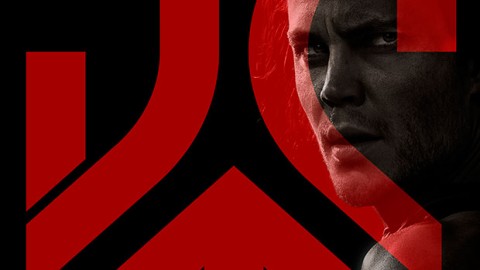 The first clue that Disney did not view “John Carter” as a top-flight action fantasy movie was its opening date: March, not May.

Studios stake out prime summer-season weekends for their tentpole movies, which this year include “The Avengers” May 4, “Men in Black III” May 25, “The Amazing Spider-Man” July 3, “The Dark Knight Rises” July 20 and “The Bourne Legacy” Aug. 3.

February and March, on the other hand, tend to be a dumping ground for movies Hollwood doesn’t know quite how to market, or that it doesn’t think have big box-office potential. “The Hunger Games” is an exception, not the rule.

Still, I wasn’t prepared for the onslaught of negative publicity that greeted “John Carter” after a $30 million opening and a first week that topped $110 million. Online headlines screamed that it was on its way to becoming one of the worst bombs of all time.

Well, maybe not. The movie may have cost $250 million to make, and another $100 million to market, but I wouldn’t bet on this one staying in the red. Merchandising, video rental and sales, overseas revenues and television rights could yet push “John Carter,” based on Edgar Rice Burroughs’ book, into the black.

Comic-book and sci-fi fans are very loyal and don’t care about critical reaction to movies they have long anticipated, such as “John Carter.”

Nor do I agree with the critical drubbing “John Carter” has taken in some quarters, including Entertainment Weekly, which gave it a D. Honestly, among the genre of action-hero fantasies, it’s not great — but it’s not that bad either, folks.

Not, for example, as bad as Seth Rogen’s “The Green Hornet.” Or “Prince of Persia: The Sands of Time,” starring Jake Gyllenhaal. Or “The Green Lantern,” or “Transformers: Dark of the Moon,” which made big bucks in spite of being worse movies, in my view.

On the other hand, the wide range of individual responses to any particular movie fascinates and often surprises me.

I ranked “John Carter” on a par with “21 Jump Street,” at 2.5 stars out of four. Not that they’re remotely similar. I found “21 Jump Street” to be a fairly standard gross-out buddy comedy, lampooning the television series it was based on. But the comedic chemistry between Channing Tatum and Jonah Hill as undercover cops in a high school lifted it a notch.

Entertainment Weekly gave “21 Jump Street” a rave and an A-minus, calling it a tonally complex mix of homage and wink at the past.

I prefer comedy more steeped in reality, grounded by characters a little closer to real life, such as “Jeff, Who Lives at Home.” EW gave that one a B, while a reviewer from another paper gave it one star. I gave it three.

About the same time, I got a call from a reader whose tastes in movies often is in sync with my own. This time she wanted to log a second opinion.

She didn’t like “A Separation.” At all. Couldn’t feel anything for any of the characters, except maybe the old man with Alzheimer’s.

I loved “A Separation,” giving it four stars in the wake of its winning the Academy Award for foreign-language film. At different points in the Iranian movie, which is about the breakdown of a marriage, I found myself empathizing with each of the adult characters, and with the two kids caught in the middle.

Then, over breakfast with close friends who liked “A Separation” as much as I did, I learned they had seen “Hugo.” They were glad they had rented it rather than seeing it in a theater because it was too long, in their view (well, in mine too). In fact, one friend wondered why so many moviemakers think their stories need to take more than two hours to tell. He’d be glad to help trim them.

I often hear from readers who hate downer movies like the recent cop drama “Rampart,” starring Woody Harrelson; “Tyrannosaur,” an Irish film; and “We Need to Talk About Kevin,” in which Tilda Swinton plays a mom whose son has committed mass murder at a high school.

These are obviously not movies for people who want lighthearted entertainment. But for fans of amazing acting and artful storytelling, they can be savored in spite of the dark places they take us.

The diversity of what works for people at the movies is endlessly fascinating to me, and it makes for a lot of fun and revealing discussion.

Here’s a question for readers: Do you stick around to watch the credits roll after the movie, or do you head for the door pronto? Either way, why is that your preference? Tell me a story or two about what you’ve learned while watching the credits roll. Or what you later learned you missed.

I’m pretty sure fans differ on their feelings about the credits as much as they do any other aspect of going to the movies.