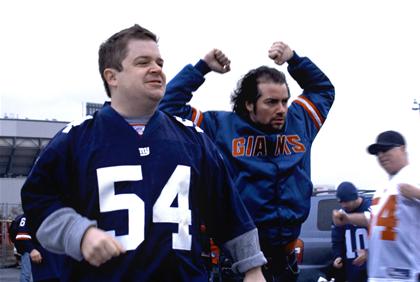 Never been to Champaign, Ill.? Well, now you have a reason to visit, thanks to Roger Ebert.

The film critic has just announced the lineup for his 2012 Ebertfest, a festival that highlights some oft-overlooked flicks and brings in special guests to chat about them.

This year’s highlights include a screening of Big Fan, where star Patton Oswalt will discuss it; a showing of the excellent movie Take Shelter, featuring director Jeff Nichols and star Michael Shannon; and a special screening of 1949’s Kind Hearts and Coronets hosted by Oswalt.

Ebert explains the idea behind the fest in this story:

This is a rare festival where no business takes place. No films are bought or sold. No deals are signed. It’s simplicity itself: We join in a classic 1920 palace, 1,600 of us, and watch a film as it should be seen, on a vast screen with perfect sound. Then we talk about them afterwards.

Tickets are on sale now. Thanks to Laura B. for the tip.