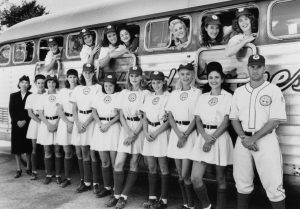 It has been a most interesting summer. There has been a litany of missteps and mistake made by Hollywood that have seen stock analysts and consultants scurrying about in a mad dash trying to determine if the sky is indeed falling. The answer of course is that for Hollywood, which has lost its way as a result of foolish dalliances and foreign incursions has forgot in total what it means to be a distributor of filmed entertainment. Hollywood has forgotten quite simply who there customer is. The cable companies which control Universal, Warner Brothers think that their base markets should be the focus. Disney wants to own everything, Paramount is sitting on the sidelines seeing what shakes out in the cable programming world, Fox and Sony dabble in digital delivery spaces and like all studios really only want a one to one service delivered directly to the consumer.

The fact of the matter is, simply put is that the major studios for the most part are implementing a strategy for ridding themselves of intermediaries. Not only do they want to eliminate the theatres from the value chain they also want to eradicate folks like Netflix and Amazon. They are deathly afraid that the day is coming soon where Netflix evolves into a monopoly that it cannot contend with nor control. The studios have fallen on their own sword, repeatedly. In an attempt to remedy this the studios are pulling content from Netflix and are implementing their own streaming solutions;

Disney has already implemented its own streaming service, now that clever mouse is telling people it has yet to do it, but I found that it already exists online in the form of its service Disney Movies Anywhere. On this service I found all the classic Pixar offerings, all the Pirates of The Caribbean, all the Star Wars offerings and much more. Warner Brothers, has Warner Brother Archives, Sony has a bevy of services, Paramount has a series of series and apps (which can be applied on the xbox to stream movies directly), a new series of streaming services are being created by Comcast, one of which will feature exclusive Universal archives and film releases.

Since 2012 studios have been experimenting in China and Korea with direct to the consumer relationships and now they are going to try to do the same in North America. In 2014 Koreans were treated with direct to the home releases from Warner Brothers totally circumventing a theatrical window. Films like Blended, starring Drew Barrymore and Adam Sandler, other titles released this way included Clint Eastwood’s Jersey Boys and Ben Falcone/Melissa McCarthy’s Tammy. In China which limits theatrical distribution to 34 foreign titles per year, the majority of Hollywood product saw its way into the Chinese market solely through various VOD services.

Behind all the intrigue and manipulation is the simple fact that Hollywood for the most part does not finance the movies it distributes, sure they will take their distribution fee but for the most part they will not risk their own money. They let other entities does that, German Tax Shelters, Canadian and State tax incentives coupled with bank financing, hedge fund financing or private equity financing. The bottom line is that in Hollywood it’s best to use OPM or other peoples money. While they do care that the box office of a blockbuster is substantial they really just want to take their fee and run when it comes to smaller titles. Once in awhile they will risk a bit of their time distributing a picture like Argus but for the most part they avoid smaller pictures, because frankly they are a lot of work. Unless a picture has merchandising and licensing attached (thanks George Lucas) they really do not seem to be interested.

The studios have become either too big or are part of large mega corporations that the bandwidth required to properly market a movies is just not there. As a result theatres might have had any chance of breakthrough movies or sleeper taken away from them because Hollywood is no longer wired to handle or exploit smaller pictures. At one time when this was a far more intimate business, a business of people and ideas a picture Blair Witch or Educating Rita could find legs and define a pretty significant bit of business. Movies like Casablanca, Breaking Away, The Wizard of Oz and 2001 could not find a place in today’s theatrical market. They would be either to be fodder for video on demand or would never had been made in the first place. If the criteria for success and produce-ability that is used today and then was applied to the body of cinema as a whole, it is likely only 2 percent of the movies we know and love would remain. This is significant because it points to the core problem of Hollywood and at the same time present an opportunity.

The bottom line is that Hollywood has become a farm team to cable television and streaming services. It serves the needs of its masters and not the needs of the market. At one time those needs were one in the same….no longer. Filmmakers who in the past enjoyed access to the theatrical market are now relegated to the cold abyss of online streaming It’s like the final scene of Raiders of The Lost Ark when the Arc is placed in a voluminous warehouse to become lost forever. Because of the business practices of Hollywood , we are losing decades of potential cinematic history, Because of the sad fact that Hollywood has become an adjunct business it is no longer shaping the cinematic destiny of our culture.

Meanwhile…..there is a body of movies being produced every year that either cannot find distribution of are quickly relegated to a streaming service. Many of these movies would do well in the theatres. Something to think about when you face the prospect of empty auditoriums…..

Have a great week