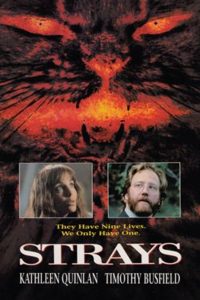 This movie is such a fake. It doesn’t represent the true majesty and betterment that cats have over vicious dogs. Cats are just better, and this movie would lead you to believe (falsely) that cats have the potential to harm humans, when nothing can be further than the truth. There’s a reason the police use dogs when to commit acts of heinous violence against fellow humans, because dogs are more than happy to carry out those violent orders. So in further review This movie is fake So fake. I mean like on a list of fake things, this movie is probably at the totem pole tippy top of movies being fake. I’ve seen movies on SCI-FI channel that contain more credible accounts of happenings than this movie. Lastly, This movie portrays the most heinous acts of violence I can imagine, I would not recommend this movie to anyone. It is such a horrible rendition of a “feral cat.”