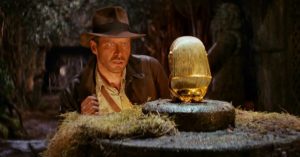 The world has changed. The chrome adorned movies that come out of the world of Marvel and Star Wars are beginning to stumble. Solo will most likely not see a profit. If theaters want to stay in business, they have to do this; appeal to Millennials and Gen Z’s…and the way to the post modern demographic’s heart is to be one thing, authentic.

What is Post Modern ?, Postmodernism is a broad movement that developed in the mid- to late-20th century across philosophy, the arts, architecture, and criticism that marked a pronounced departure from modernism. While the term postmodern is a rather wide brush, postmodernism is generally defined by an attitude of skepticism, irony, or rejection toward the stories of the past and ideologies of modernism, often calling into question the assumptions we as a society held in the past. As a result a perception of reality is being re-shaped. Our language is changing as well as ideals of morality, truth and also authority. Postmodern trend setters often call out that what was good in the past was not really good and for the most part was contrived. They call out fast food, the drive-thru culture and the lack of true food experiences delivered by the mass market giants. They are suspicious of market conditioning and being manipulated by advertising.

The driving force behind this Post Modern way of thinking is something the philosophers term self referential or placing the word I in all the conversations and thought processes. As a result there was a building a demographic that is more than self involved and self obsessed. I personally think people will begin to understand the unhappiness this brings and will move away from this. There is a reason the suicide rate has increased 30%.

Hollywood does not understand truly how to address this market, and by the way there are 80 million of these Post Modern consumers in the North America. They do not know how to make product for them and as a result make giant overstuffed spectacles that the Post Modern consumer is slowing rejecting. We have seen it before with this generation of consumers,

In this Post Modern world, consumers are increasingly seeking out experiences as the defining decision maker when spending money It’s now not what you own, it’s what you do or have done which defines your. Nowhere is this more prevalent than when it comes to our food economy. Dining now must be new, innovative, and most importantly authentic. World wide consumers are seeking out an experience in the food they eat. As a result of twinning experiences and food consumption Foodies and Foodism are increasing at an amazing speed. Convenience no longer is a driving factor, experience is. Food is now a hobby for an entire generation.

I am telling you, kind readers, that very shortly a similar shift is going to hit the movie theaters. Big fluffy seats and Marvel movies are not going to cut it. The rampaging Post Modern hordes will reject the market approach of Hollywood and will beginning to define their own experience.

Corporations, and yes studios are the little toes of some really big corporations, and these guys often expect workers and consumers to conform to the culture within the corporation. The invasion of Japanese business practices and the arrival of the MBA into out corporate world brought forward the dominance of process and statistics. They study, they manipulate, and they expect the consumer to conform. It ain’t working. Last night I was driving home from an all too brief vacation and I saw malls devoid of customers one after another. It is apparent that things are changing, and changing rapidly.

Any corporate or industry culture which supports the expression of the authentic is something that in order to deepen market penetration is a necessity. It has personally seen a screening of Casablanca draw over 1500 moviegoers over the period of a weekend. This was a result of being in an authentic theater, with an authentic presentation and a huge dollop of nostalgia.

So what does an authentic movie going experience look like ?

Authentic Movie Theaters need to be self-aware of the environment they present and genuine. Theaters must be aware of their own strengths, their imitations, and and the nostalgia their environment can evoke. Nostalgia is emotion in movie going and it must be captured and celebrated.. A starting place for excellent leaders is self-knowledge and awareness. Give up the goal of conformity and fluffy seats; long term it will do more damage than good.
Authentic Movie Theaters need to be mission driven and focused on results. They must focus on the goals and missions of the community they serve before their own self-interests. Theaters must connect with people and motivate them to help pursue common objectives. Theaters must embrace the idea of community; a community focused on doing something worthwhile in the world, in a way that reflects excellence and oddly enough tradition (tradition is important to Post Moderns). Give up the need for control and give in to meeting the community need.
Authentic Movie Theaters market first with their hearts, not with some intellectually or manipulative strategy. The theater operators must first and foremost be concerned with the well-being of the community. The operators embrace principles which empower the experience and community as a whole.
Authentic Movie Theaters focus solely on the long term . They evaluate the possible future impacts of their day to day activities. They reject the manifestations of Hollywood and begin to define themselves. The theatres which are Authentic strive for enduring and long term results, rather than those which are immediate and short-lived. Remember Hollywood is ruled by Wall Street, you are ruled by the community you serve. Reject Hollywood, embrace community.
My grandmother, a more than wise woman always enjoyed quoting this passage from Shakespeare,

“This above all: to thine own self be true, And it must follow, as the night the day, Thou canst not then be false to any man -Polonius, Hamlet ”.

It is time for movie theaters to begin to re-define themselves and to focus themselves to be authentic to the needs of the communities they serve, do that and the Post Moderns start showing up, if not theaters will soon meet the same fate as the malls.