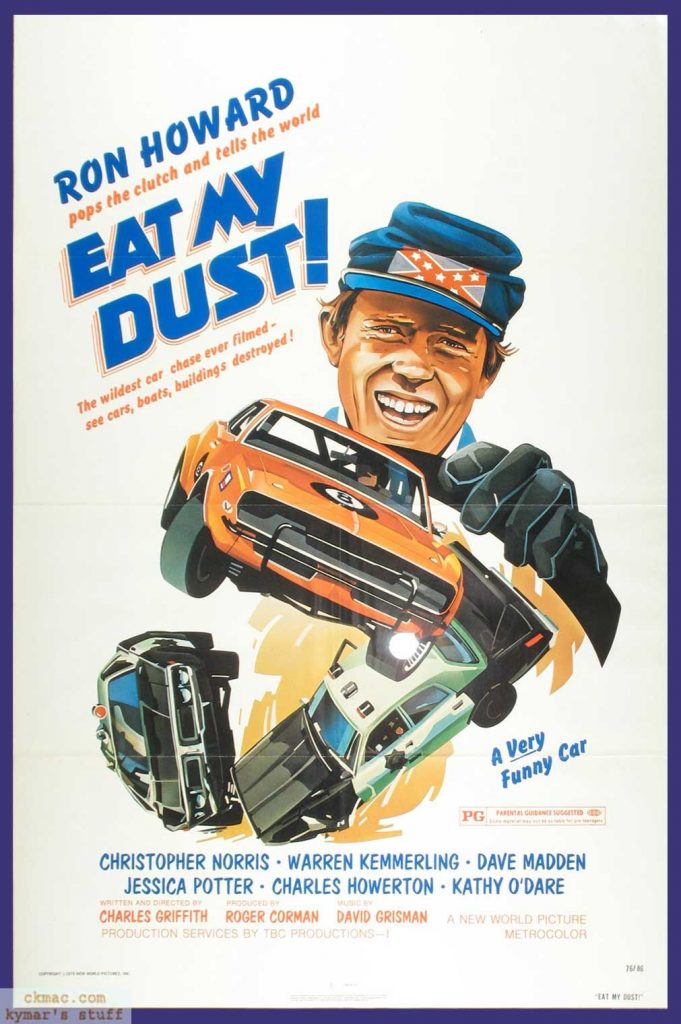 This is merely another one of those many 70s car-chase films. It’s fun & mindless and features some beautiful rural California locations. Plus, how can you go wrong with the likable Ron Howard?

The film was a box-office success for producer Roger Corman, which naturally led to the demand for a sequel. But Ron Howard didn’t want money to perform in the sequel, he just wanted the opportunity to write and direct it (not to mention act in it). Thus came the hugely popular “Grand Theft Auto,” Howard’s first REAL stab at directing. The rest is history.

This flick is merely okay, nothing special; what makes it worth purchasing for any red-blooded male is the supremely gorgeous Christopher Norris (yeah, it’s a woman not a man). She’s got some incredible God-given curves, to say the least, and she shows them off well in her skimpy hot-pants!