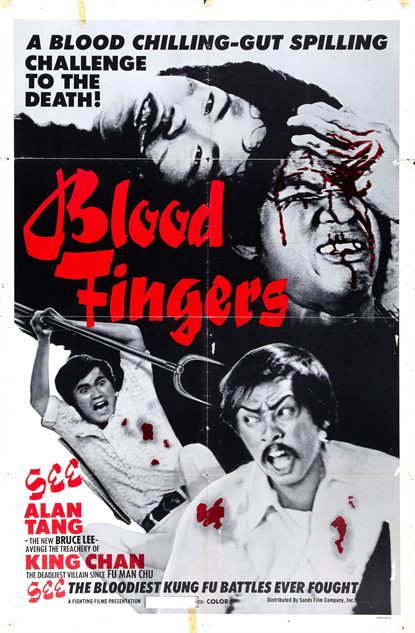 Also starring the Infamous Chen Sing, veteran kung fu action star of many 70’s martial arts classics from Hong Kong. Most Definitely one of the BLOODIEST kung fu films of the genre. It most certainly lives up the the title. Alan Tang is a pretty boy (I hate that!) and the fight scenes aren’t choreographed with the grace of say a Bruce Lee or Sonny Chiba film but have more of a raw anything goes street fight feel to them; as evidenced by the WIDE array of weapons used in this film as well as the standard hand to hand sequences. Very nice makeup effects!