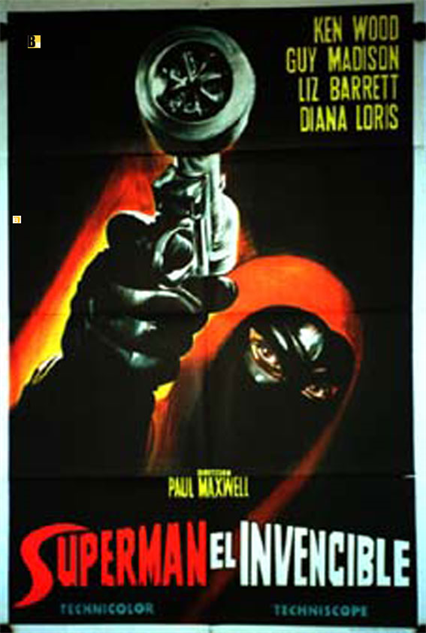 Superargo is an ex-wrestler. He quit the sport in the first film, Superargo vs. Diabolicus, after accidentally killing an opponent. In this sequel, Superargo has altered his mask some but still keeps the bulletproof red tights.

He’s also taken up studies in Eastern mysticism, with the aid of his new sidekick, Kamir (Aldo Sambrell who later went on to star in many Spaghetti Westerns and had the main role opposite Burt Reynolds in ‘Navajo Joe’ two years prior).

There had been a rash of crimes involving major athletes being accosted and kidnapped.Usually by a group of ‘faceless giants.’ The giants aren’t faceless, just have stockings over their faces. And they aren’t giants either. Actually most are shorter than Superargo.

The government calls Superargo in to find out who operates the robotic men and stop them. Things go awry and it plays out much like a spy film. In fact, the superhero genre in Italy in the late 60’s was a direct descendant of the spy genre which petered out about ’67 or ’68 itself. See also The Fantastic Argoman and the previous Superargo film.

There are hokey bits of comic book indulgence, but as a film collector and fan, I enjoy Superargo and the Faceless Giants. I recommend seeing it, even if it’s just once on late-night television.