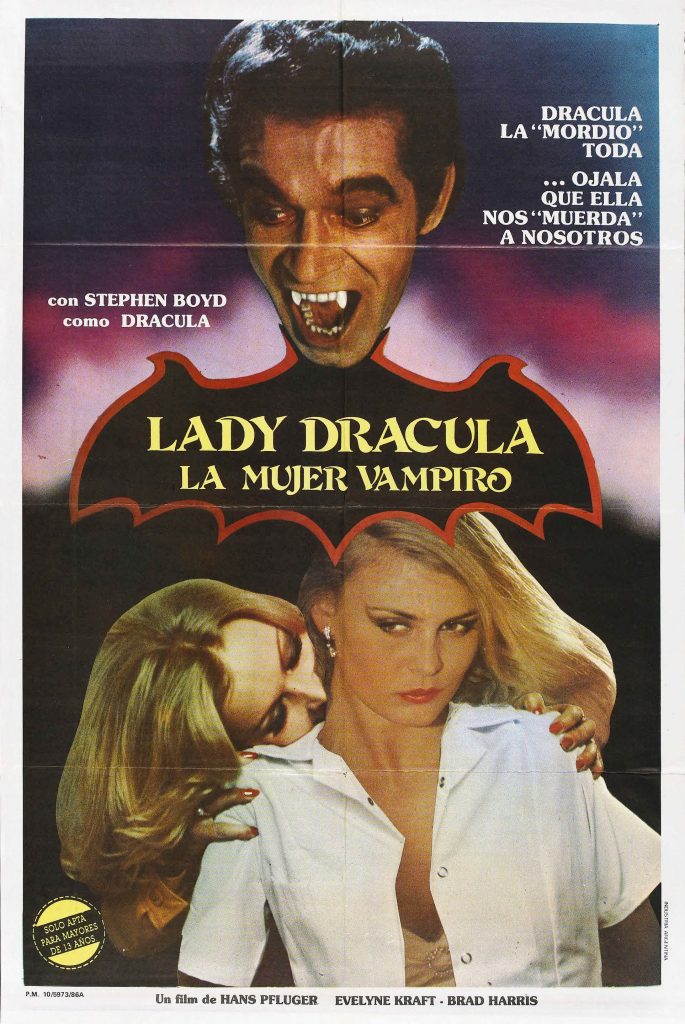 “Lady Dracula” is a West German German-language film from 1977, so this one has its 40th anniversary this year. It was directed by Austrian Franz Josef Gottlieb, who was highly prolific in his long career, but also came up with a lot of trash over the years and this movie here is a good example for that. His take on a hot blonde woman turned into a vampire by the Lord of Darkness can honestly never be taken seriously as a horror film or anything else. The shots at comedy are as frequent as in most other FJG films, but the material is pretty cringeworthy including many bad plays on words. Well what else. Oh yes the cast. It is actually not too bad if you see the names Lingen (near his death), Giller, Fux on it. And even Roberto Blanco has a little role and it is up to you to decide if that’s a good thing or not. So yes with the actors in here, they also could have made a “real” film. This is just a cheap parody and the fact that they knew it very well and never tried to really do anything other than entertain is what keeps the film from becoming a total failure. And that’s why I am still relatively generous with my rating here. At times, this film has guilty pleasure potential and yes the ending was of course typical for a Gottlieb movie with the last shot and the comment made by one character. Wgat also saves the film a bit is that it is relatively short at 80 minutes and this already includes several minutes of closing credits. So yes this is definitely not a film to go for if you are looking for depth, great writing or interesting characters, but if you like somewhat trashy horror films that don’t take themselves too seriously, then you can go for it.