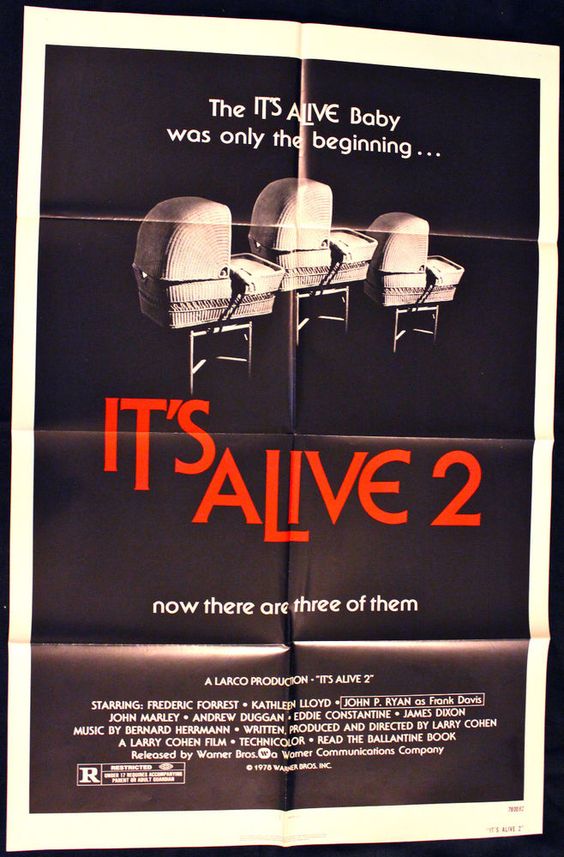 John P. Ryan returns as Frank Davis, the father of the monster baby from It’s Alive, this time to warn parents of infants about to be born of a conspiracy of the government to have killing squads ready at the time of birth. It seems that his baby was just the tip of the iceberg – a whole group of these mutant babies is being born all over the country. Though certainly not as effective as the original, I found It Lives Again to be quite an engaging, well-done sequel. Larry Cohen again returns as both writer and director, and he brings back some of the same folks from the original – James Dixon in particular returns as the lieutenant. john Marley does an able job playing a policeman with special reason to seeing these babies die. The other actors give decent performances with Andrew Duggan standing out as a doctor bent on giving these babies a chance. I guess what I really liked about the film was the sense that even though these mutants are destructive, killing machines, they still have a glimmer, a spark if you will, of some kind of inherent humanity. Cohen tries to keep his viewers at least somewhat sympathetic to their plight. As with the first film, don’t look for mind-boggling special effects here. We get the same camera blur treatment when we see things through the eyes of the babies. We also never get a real good look at the infants in this one either. Some scenes that I thought were particularly well-shot include the hospital awaiting the arrival of the Scott’s and much of the by-play with Marley and Ryan. Bernard Herrmann’s music is back as well. Rather enjoyable sequel!