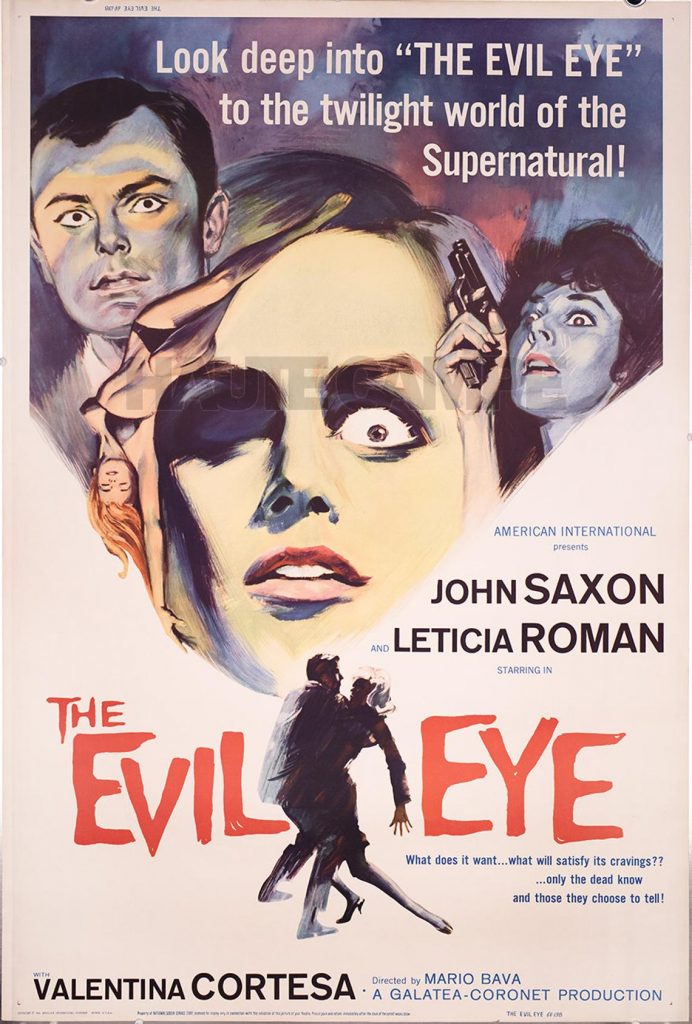 The Girl Who Knew Too Much (1963) is director Mario Bava’s gleeful homage to Hitchcock; and one of the earliest examples of the Italian Giallo sub-genre of horror/suspense cinema that would go on to inspire an entire generation of horror filmmakers throughout the subsequent two decades. If you’re at all familiar with the work of director Dario Argento for example, then you can see the roots of films like The Bird with the Crystal Plumage (1970), Deep Red (1975) and Tenebrae (1982) already being established by the skillful blending of low-key thrills, character development and good old fashioned murder mystery, as captured by Bava in this excellent, slow-burning suspense piece. Although it may take some viewers a while to settle into the overall tone of the film – with those first few scenes presenting us with a veritable bombardment of information, both narrative and thematic, before the first murder has even taken place – the eventual unravelling of the plot, and Bava’s excellent direction eventually draw us deeper into a story that is here punctuated by a charmingly romantic subplot, a miniature travelogue around the tourist traps of Rome, some subtle moments of almost slapstick humour, and the director’s always inventive use of visual experimentation.

The usual Gialli trademarks are already beginning to take shape here, with the film focusing on a foreigner – in this case, twenty-year old American student Nora Davis – who travels to Rome to visit her ailing aunt and inadvertently witnesses a murder. Alongside this central plot device, which would be utilised by Argento in many of his greatest films, such as the three aforementioned, we also have the ideas of sight and perception; with the central protagonist unintentionally witnessing something that is shrouded in elements of doubt and abstraction, and thus having to prove what she saw to sceptical police officers and those nearest to her. Bava’s film is also given a neat touch of self-referential sub-text; opening with a shot of the central character herself reading a Giallo murder mystery, casting some doubt as to whether or not the film plays out in the literal sense, or whether it is a merely a constructed reality, taking place in her own mind as she reads the book to herself. This is a thread of interpretation that is examined throughout by the filmmaker, with the title of the book itself, “The Knife”, having an importance on the plot that perhaps surreptitiously suggest some element of imagined fantasy.

Once we get through those hectic opening sequences, which introduce the characters and a number of potential sub-plots that are essentially window-dressing to throw us off the trail, the film settles into the murder mystery aspect and the burgeoning relationship between Nora and her young doctor friend, Marcello Bassi. Through the relationship, Bava introduces a subtle comment on the Holmes vs. Watson partnership recast as a romantic dilemma, whilst also creating space within his story to let the audience catch up and think about the potential clues already collected in order to lead us to the eventual discovery of the killer’s identity. The use of sight and Bava’s directorial slight-of-hand is used meticulously for the initial murder sequence; with the director creating a literal feeling of hazy disconnection and a distorted perspective through a somewhat dated visual effect and the always masterful use of light and shadow. Although the actual effect – which replicates the look of ripples on a pond – might lead a more contemporary audience to giggle or cringe, it does tie in with the continual use of water-symbolism in Bava’s work, from the final story in The Three Faces of Fear/Black Sabbath (1963), and A Bay of Blood (1971) most famously, as well as a somewhat cheap gag about marijuana cigarettes that will pay off in the film’s closing moments.

Again, the use of humour taps into the spirit of Hitchcock, with intrigue, voyeurism, suspense and murder being reduced to mere complications in the continual romantic wooing of Nora by the charming Dr. Bassi. Nevertheless, the thriller aspects are what we remember most clearly; with Bava’s always atmospheric direction, iconography and ability to create tension from the slightest movement of the camera. Once the credits have rolled, we release just how subtle much of Bava’s use of sight and perception actually was; with a number of scenes leading on from a moment of confusion by the central character, in which she thinks she sees something that turns out to be nothing of the sort. Again, it shows the director playfully undermining the central character; presenting Nora as someone unable to trust her own eyes, and thus, unable to be trusted with the ultimate unravelling of the plot. Nonetheless, Bava also succeeds in throwing us into this enigmatic mystery; undermining our own perspective of the story by showing us important information early on, allowing us to feel superior to Nora with our benefit of a forewarning, only to then cast further doubt in our mind as the gallery of suspects mount up.