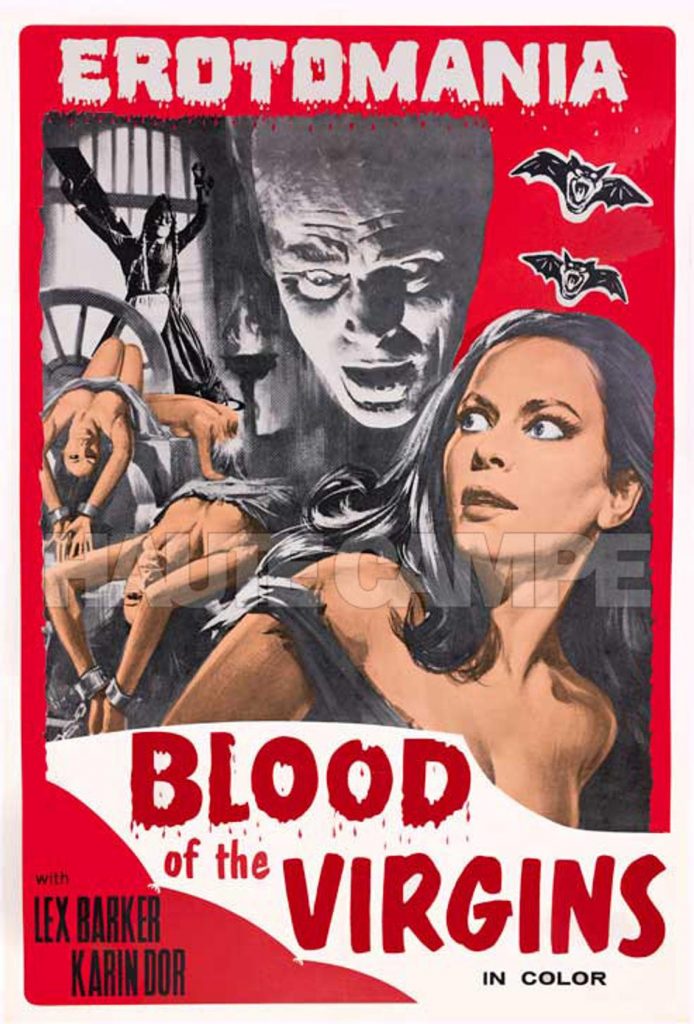 Recently viewed this little gem as “The Torture Chamber of Dr. sadism”. Originally released in the US and UK as “The Blood Demon”, while it’s German title was “Die Schlangengrube und Das Pendel”. An odd film that seemed to be a sort of German take on a mixture of Bava with one of Corman’s AIP Poe efforts.

Count Regula (Christopher Lee) is drawn and quartered for the death of 12 maidens, but swears his revenge. 35 years later a disparate group ends up at the Counts ruined castle. The 4 travelers are Baroness Lillian (Karin Dor of Bond fame), her maid Babette, Roger (Lex Barker, former Tarzan and a huge star in Germany) and the monk Fabian (a hilarious turn from Vladimir Medar). As it turns out, Roger and the Baroness are the descendants of the folks that originally put the Count to death and he wants revenge. The crazed servant Anatol lures them to the castle and reanimates the Count. The Poe elements then come into play as Roger faces a deadly pendulum and Lillian is faced with a pit full of snakes. Do they foil the reanimated Count or meet their doom? Check this fun film out to see for yourself!