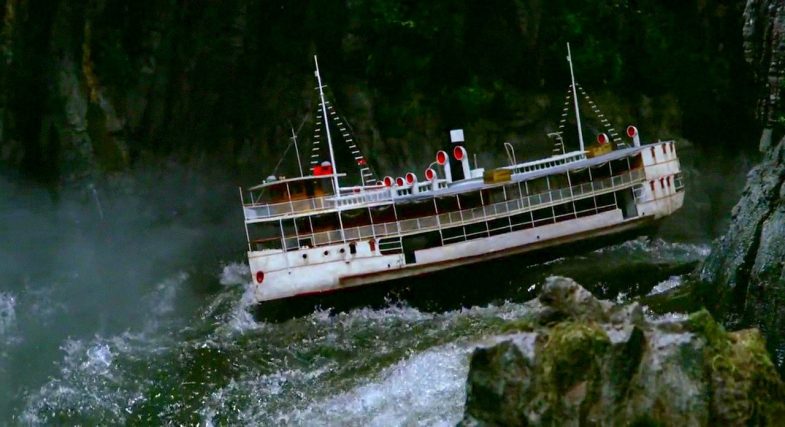 I have always thought that Amazon would get the deep value for a theatrical release. I have seen what they have done in the past with movies like Manchester By The Sea or We Need To Talk About Kevin. As early as 2017, Amazon’s head of global content, Roy Price, talked about the importance of getting their consumers to the theater. Price wanted both the movie maker and the audience to have the “full theatrical experience”

I had thought Amazon with its cadre of ex-theatrical executives would be the one streaming service that would firmly believe in the necessity of the theatrical window. Something changed within Amazon and not for the better. Like many in Hollywood, many in the Amazon ranks imploded due to sexual harassment allegations.

In October 2017 Roy Price was purged by Amazon as a result of sexual harassment claims against him, he was replaced by the president of NBC Entertainment.

I like Amazon, like it very much in fact. It is more accessible and better organized than Netflix in my humble opinion. When you order something on Amazon you’ll be given a myriad of choices as to how quickly you want your item to arrive: one or two day shipping, using Prime or non Prime service. Ever since jumping into the movie game in 2015 with Spike Lee’s Chi-Raq, Amazon’s feature movie unit has operated under a traditional model of distribution. While Netflix proudly ignored theaters and in my mind foolishly chose to premiere all but a handful of its movies via streaming, Amazon Studios released its movies in multiplexes first and their titles did find themselves on Prime Video many months later.

Over the past week, Amazon Studios made it clear through the manifestations of its chief Jennifer Salke that the majority of the company’s movie slate going forward will be given streaming-only releases. “I think you’ll see more and more movies that go direct-to-service,” Salke told IndieWire an online magazine last week, while presenting at the Television Critics Association press tour. She later re-enforced that point in an interview published this week in Variety: “Direct-to-service is really important for us. We want a really strong pathway toward that.” Amazon as a result having to face competition from Netflix is anticipating increasing its movie output from a handful of projects to about thirty movies per year. While they are claiming they will be releasing ten movies into the theatrical market, and the other twenty or so titles will go directly to Amazon Prime Video I think in the long term Amazon’s commitment to the theatrical market has dissipated..

Basically Salke’s media blitz was designed to herald Amazon’s strategic shift in regards to position of theatrical releases the company has actually been hinting at a new direction since last fall. In November of 2018, Amazon signed a deal with horror franchise maven Jason Blum, where he would produce, per an Amazon press release, “a series of eight elevated thriller/darkly-themed feature length productions that will be released direct-to-service on Amazon Prime Video.” Salke made it clear that she considers the Blumhouse projects to be part of Amazon’s feature portfolio and a key indicator of the path going forward.

Jennifer Salke in a further move to forever bury the vision of Roy Price, stated that Amazon’s direct-to-streaming offerings would also include a bevy of 80’s like “sexy date night” movies, The New York Times reported that these movies will make their debut in the summer of 2019. “Nicole Kidman started this idea with me,” Salke told Deadline. Supposedly the idea comes from Nicole Kidman and her Blossom Films which signed a first-look deal with Amazon Studios last summer. Amazon also intends to get into the young adult space, matching Netflix on its efforts in that arena.

Jennifer Salke has also stated that Amazon won’t rule out shrinking such movies’ exclusive theatrical windows down to just a couple of weeks, much in the way Netflix has done this awards season with high-profile contenders such as The Ballad of Buster Scruggs and Roma. “Flexibility is at our core,” she told Variety.

Netflix has started to modify its streaming only strategy in order to appeal to the movie mandarins that present Oscars and the Golden Globes yearly. These bodies are painfully self interested with no real commitment to movie going. The nomination of Roma, which a fine fine movie signaled the movement away from theatrical movie going into rewarding streaming releases. The movie grossed 3.8 million. Mark my words the Academy is trying to find its relevancy in movie going and like Hollywood is looking squarely at the teet of streaming revenues and not looking backwards as it moves further away from the theaters. With competition poised to get a lot more intense, it’s no surprise Netflix and Amazon are suddenly being very pragmatic about how they release their movies, they wanted the benefit, they are not contribution for the sustainability of this market. Mark my words in a couple of years the Academy will integrate nominations from non theatrically release movies.

Things are dark, and increasingly the theater owners are facing a crisis of market abandonment. The studios are doing all they can to pull as much money out of the theatrical market as they can because in the long run they do not believe in this market and they certainly do not believe in the exhibitor. They have reduced theatrical windows, removed co-op or local advertising, increased box office split to a silly level and now want to ensure they want to move the prime window to streaming and away from theatrical.

Some final and haunting words from Roy Price

I think customers appreciate the opportunity to see films in a cinema where you get a full theatrical experience, and we want to create that opportunity for customers. And also … a lot of people who became filmmakers they want people to have the opportunity to see their film as intended in the full experience. Whatever you may predict to happen six or seven years from now, theaters play an important role in the movie ecosystem now, so why not participate in that?

This is sad. With the defection of Amazon to the dark side, it is time to really rally. All we got now is us.