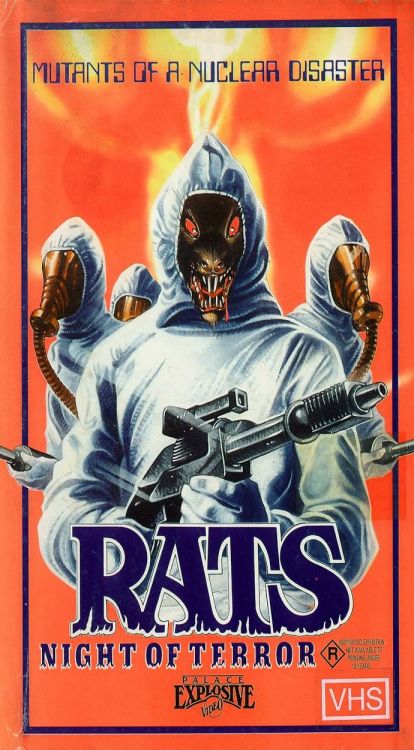 A significant horror genre is Euro-horror. These movies from Spain, France, Italy, Germany and occasionally others are rarely scary, but nevertheless show some REALLY nasty things. Directors in this genre include Antonio Margheriti (to whom Quentin Tarantino briefly paid homage in “Inglourious Basterds”), Dario Argento, Jean Rollin, Jess Franco, and Bruno Mattei.

The first Bruno Mattei movie that I’ve ever seen is “Rats: Notte di terrore” (“Rats: Night of Terror” in English). Set in the years after a nuclear holocaust, it depicts a motorcycle gang riding into an abandoned city, which turns out to be populated by hungry vermin. Woe betide you if you venture into THIS city! “Rats” is a truly cornball movie. But, it was probably intended as such. I have no doubt that its target audience was horny teenagers. The movie delivers exactly what it promises and makes no pretense about what it is. It’s gross, but it’s still pretty fun. Probably worth seeing just to understand what it is.