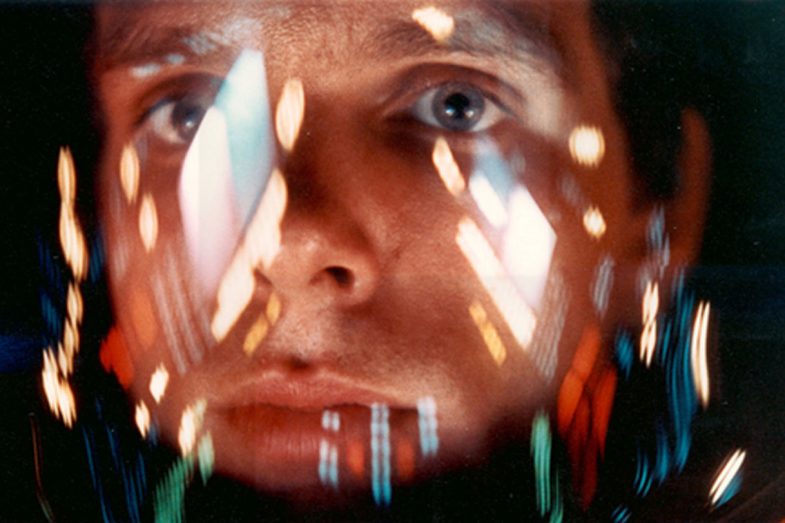 It is Sunday morning in Las Vegas. The warm desert winds slowly roll down the Vegas strip, the strip is enjoying a brief respite from the crowds who fill it searching for who knows what. I am here to briefly attend Cinemacon, the convention put on by the National Association of Theatre Owners. NATO is heralding that this will be the biggest and best convention ever, but there is not much strength or reality behind that proclamation. What I do think is that in reality you have an assembly of folks who are waiting for the next shoe to drop. The fact is a simple one, this is a business that is undergoing deep change. Changes that will require dexterity, innovation and discipline in order to survive the tsunami of the paradigm shift that is about to hit this business of ours. We are going to get caught in the crossfire of the streaming wars and we have to ensure that the tradition of movie going does not become collateral damage in this war.

The intent of the upcoming series of battles is to ensure all movie going take place not in a theater but in someones living quarters. This deepens the isolation we are experiencing as a society and is dangerous not only to the movie exhibitors but also in an even deeper way it is accelerating the erosion of our sense of community. Community seems to be hardwired into our human psyche, it is not something that is a luxury, but is a defined physical, psychological and spiritual need. A widely held psychological belief is that humans have a need to belong to some kind of community. In an extensively researched report on this theory firmly states that people who lack community suffer higher levels of mental and physical illness and are relatively highly prone to a broad range of behavioral problems, ranging from traffic accidents to criminality to suicide. At a base level movie going contributes to the sense of community.

As I have written before, I live in a community where the concept of community attachment is centered around the Historic Artcraft Theatre and the movies they present. It shapes the community, defines a sense of belonging and establishes a cultural awareness about the place where we live. It has become so much more than a theater, it has become the defining point for growth, for gathering and establishing a baseline for downtown redevelopment. Movie theaters are and have always been at their core, a machine for community development.

Starting in the late 1960’s there was an explosion of mall development. Aggressive theater operators saw the intelligence of going where the market was and sought to co-locate either in malls or next to malls. This mallization of American retail extinguished much of the downtown core of many communities. Now malls are facing their own Waterloo in the form of online retail brought to you by our good friends at Amazon. Last week a statistic came out that said when Americans want to buy something 74% of them ask themselves can I buy it on Amazon. This is not good.

Large circuits have no choice considering their overhead and are going to be forced to re-invent themselves as family entertainment centers. Ellis Jacob, President of NATO has made the statement that his circuit Cineplex must do this in order to survive. These re-invented spaces will include bowling, retro arcade games, video gaming centers, virtual reality arenas and movies. They will cease to be movie theaters but large footprint entertainments centers. Conventions like Show East and Cinemacon will be severely diminished as the circuits will be more likely to focus on shows like IAAPA, the giant Amusement Park and Family Entertainment convention in order to move their business forward.

The large theater circuit will lessen the stranglehold that the studios will have on them by focusing on alternative forms of entertainment, and will be more than happy to solely focus on the large tent-pole releases. Eventually they will reduce the number of screens they have and will expand based on the integration of new technologies coming into play bringing to consumers new immersive experiences. The streaming companies will try to take away some of their business by offering at home streaming VR experiences but they will not be as successful as they hope. Leagues will form up surrounding these new forms of entertainment and will be the new bowling of the 21st century. This is already taking place. Industry leaders like Leroy Mitchell, Ellis Jacob and the amazing Jeff Benson are or have innovated similar concepts to great success.

The smaller circuits will have to make a decision, re-invent themselves or face an uncertain and precarious future. The studios will still have need of theatrical releases but will see the releases as a way of publicizing a streaming release. They will be drawn to partner with large circuits. The smaller circuits will have to embrace the move to a Family Entertainment Center. What could be a real point of success with smaller circuits is the embracing of league play for various forms of gaming with universities, colleges and high schools as well as offering a diverse offering of movie offerings, with a strong focus on the integration of ethnic offerings like Bollywood, Hispanic, Chinese as well as regional movies. As the streaming war heats up, the studios will try to engage theaters in order to give a certain titles a release hoping to give their movies that major motion picture cachet. Theaters when approached by the studios should remember the deep residual value studios are getting from this theatrical release and demand that the split should be more in the 35% range or maybe they should put their money where their mouth is and look at four walling their release.

It is with the independent and the community theater where the future of true movie going lies. These theaters should stop gazing at Hollywood and begin looking at the minor studios who will work with them. It is my deep hope that bookers will stop serving the needs of Hollywood and start looking at developing retro programs coupled with innovative regional and international cinema. There are many skilled and imaginative bookers in the market, seek them out. If independents can look at banding together in almost a co-operative circuit it could be an idea that could be a game changer. The idea of working collectively to strengthen offerings from companies like My Cinema, Rialto, Trafalgar, Rainbow and many more could be a liberating effort. To co-ordinate social media, release strategies, advertising and media support collectively could be a real boon for advancement of independent cinema and theaters. There is a false perception that have been presented by Hollywood to independent producers that an independent release is not realistic. That is completely false. The prime motivation for this is the avoidance of competition and the widening the product base for streaming. Producers are looking for a theatrical release and theaters need more product, it should be the perfect marriage. The new group the Independent Cinema Alliance could provide a solid platform to grow this model, I am hoping the leadership of this nascent organization will embrace this idea.

This afternoon I head over to Caesars in order to begin my Cinemacon adventure. My hope is that the focus will be not on the studios but on how theaters will be re-inventing themselves to meet the challenges ahead.

Always remember that movie going provides deep benefit for all our respective communities. It is time to remind the public of that fact.