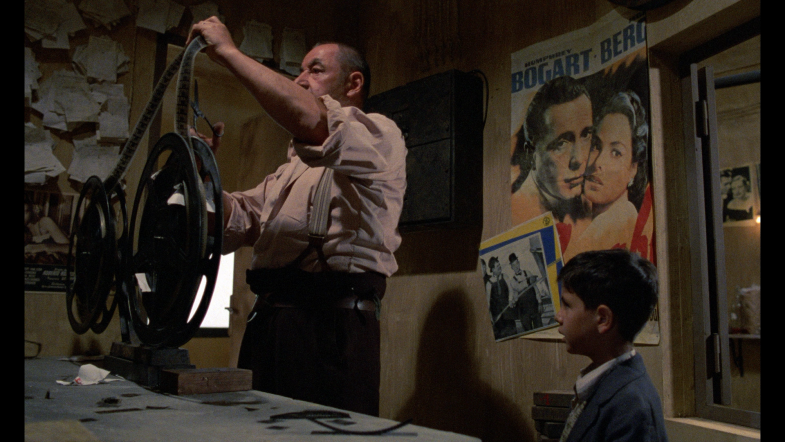 But you’re gonna have to serve somebody, yes

You’re gonna have to serve somebody

But you’re gonna have to serve somebody

Bob Dylan, Your Going To Have To Serve Somebody 1979

At the beginning of this week I was at Cinemacon in Las Vegas. I have been attending regularly for several years and this year I noticed that the tone and presentation had markedly changed. The movies looked smaller, the attendees less enthusiastic, and the overall presentation diminished. In sidebar conversations major chains told me they were preparing to transition to evolve into family entertainment centers and smaller theaters told me of their anxiety with the overall the lack of sustained and viable product.

Of course, NATO heralded a banner year, and as well put forward why it was a good idea to get along with Netflix and how the release window was fine. For me, these statements and position made it clear that the usefulness of NATO, especially for independent theaters, had run its course. It is obvious that NATO certainly had become the voice of the major chains; Regal, AMC, and Cinemark and only the major chains and no one else. I think NATO has evolved from being an advocacy group to a lobbying group to a group primarily concerned about its own self preservation. To be fair, as a strong advocate for free enterprise, the revenue derived from the major chains does fund the lion share of NATO’s operational costs. Now supposedly Cinemacon does make a hefty profit each year, but day in and day out the majors put food in the fridge at NATO.

I also feel that NATO wishes to assume a large control over the Global Cinema Federation ,the international organization combining exhibition interests from over 90 territories. Streaming is slowly eroding territorial markets and is moving to one global market. I think NATO realizes this and internally are making the necessary adjustments to sustain themselves within this new reality.

I think the simple fact is that while NATO does claim to speak for an industry within North America as a whole, in reality they do not. The small chains and the independents have no voice.

At Cinemacon, the MPAA formally embraced Netflix and claimed that the inclusion of this streaming service made it stronger. Concurrent to the convention the Department of Justice did something very odd, they sent a letter to the Academy of Motion Picture Arts and Sciences, warning the organization that it could be in violation of antitrust laws if the Academy decides to change its Oscar eligibility rules. This was particularly chilling. I think that this statement by the DOJ is contrary to legal precedent and at the very least meddlesome. I think the rationale behind the MCA/Regency anti-trust investigations during the Kennedy era should be reviewed, and I know parallels could be found with the current streaming services.

In more than one conversation independent after independent told me they are being crushed by the forcing of mandatory three to four week bookings, the shallow windows and the lack of diverse and compelling content. They feel adrift, abandoned and are searching for a vision to move forward with.

I had a great conversation that did not go on enough with an operator on the East Coast. He had a passionate love of movie going and really wanted to delve into solutions that could support and sustain the independent theater. He was worried about the market pressures he was facing and had already lost a theater to the intrusion into this market by the major chain. He brought up the idea of the independents banding together and begin producing their own movies. Immediately his ideas reminded me of Robert Lippert, a mid sized California exhibitor who in 1948 seeing the pressures of television and the booking practices of the major studios sought to present an alternative to the market by producing lower budget pictures that could be booked in the holes left by the majors.

It was more than refreshing to sit down with someone who still had an abiding love for the art of exhibition. I also had a couple of conversations with the true real leaders in the market. One was having foreign animation dubbed so they could be distributed in their market, the other was a exhibition head who real exhibited a profound love of the movie going experience and was searching for a path forward. A animated and proactive talk occurred with a large group of foreign exhibitors who really got the need for self determination. All in all it gave me a sense of confidence in the future of this business. That there were so many who really had the firm intention of maintain movie going.

What struck me is that that these exhibitors all had a deep love for classical movie going and in their own way firmly intended on maintaining this tradition. This was heartening. Voices in the wilderness were rising and in their own way they were shining a light on a way forward. These folks need a collective/co-operative mechanism that could move their ideas forward. I think some discussions are going to move forward on this.

In many ways Cinemacon was a ballet of self interest, as well as a proclamation of a false sense of well being. I am not deriding this, it is just human nature but what it also revealed was that just below the surface was a group of exhibitors who were intent on defining themselves and their business.

There is hope and the hope is you when you decide to take control of your own destiny. Serve your customer, serve your community…..the rest is not important. A Nation can be changed with one idea and so can an industry. Bureaucracy and self interest are the direct enemy of innovation.