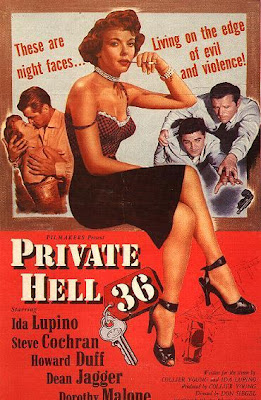 Last week, I dined at Musso’s with a tall, dark stranger. If that couldn’t get me in the mood for a Film Noir festival, nothing would. Musso and Frank Grill, a mainstay on Hollywood Boulevard since 1919, is dark, wood-paneled, and clubby. It’s famous for juicy steaks, dry martinis, a solicitous staff, and a history of welcoming great writers to its leather-upholstered booths. Patrons once included Hemingway, Faulkner, Fitzgerald, Raymond Chandler, and longtime regular Orson Welles. Musso’s has shown up in many a Hollywood novel, including one of the best of the genre, Nathanael West’s The Day of the Locust.

My dining companion that night – someone I’d never before met — is a writer too. If Alan K. Rode is a man of mystery, it’s because he’s managed to combine so many unrelated careers. After 21 years in the Navy, he earned an MBA and spent the next decade in aerospace. Now he runs a business during the daylight hours, but devotes his nights to his true passion: rescuing and restoring America’s film noir heritage. As an all-around factotum for the Film Noir Foundation, Alan contributes to the foundation’s magazine, Noir City, and helps organize events, like the Arthur Lyons Film Noir Festival that’s upcoming in Palm Springs. All this, and he’s still finding (scant) time to work on a biography of director Michael Curtiz.

Alan, who’s a fellow member of BIO (Biographers International Organization), had invited me to a screening at Hollywood’s venerable Egyptian Theatre, part of the American Cinematheque’s recent Noir City series. That particular evening seemed devoted to rogue cops, law officers who use their clout on the streets of L.A. to fatten their own wallets. Alan’s colleague Eddie Muller introduced two not-on-DVD films from 1954, making the provocative suggestion that the moviemakers of the McCarthy era – itching to attack the powers that be – had settled on wayward elements within the LAPD as a safe target for their anger and fear.

Shield for Murder is classic pulp, featuring Edmond O’Brien (who co-directed) in a taut little melodrama that’s been flakked as “Dame-Hungry Killer Cop Runs Berserk!” I loved it, especially the scene of the cop showing his naïve girlfriend the suburban dream house he’s got all picked out, complete with tchotchkes, overstuffed sofa cushions, and a built-in rotisserie in the kitchen. The second feature, Private Hell 36, relies on the considerable talents of Ida Lupino, who co-wrote the screenplay with her ex-husband, co-stars as a world-weary lounge singer, and released the film through her own small company, known as The Filmmakers. Though she and tough-guy star Steve Cochran strike real sparks on screen, the pacing here often seems flaccid. Alan explained to me that director Don Siegel, then near the start of a long career, was asked to begin production when only 40 pages of script were ready to go. On set, the various participants (including Lupino’s ex, Collier Young, and her new husband, Howard Duff) were constantly at each other’s throats. Money was in short supply, but liquor was not. Alan tells me that, as Siegel remembers it, “every scene was cause for a philosophical argument with the scent of vodka in the air. The picture is an interesting mess.”

A mess indeed, though an entertaining one. Once Private Hell 36 was over, I slunk out into the late-night shadows of Hollywood Boulevard, unsure of what awaited me in the alleys and byways between the theatre and my parking lot. I got home safely enough, but an evening of film noir can really goose one’s imagination into working overtime.

For more about Alan K. Rode, including his One Way Street blog, see http://alankrode.com