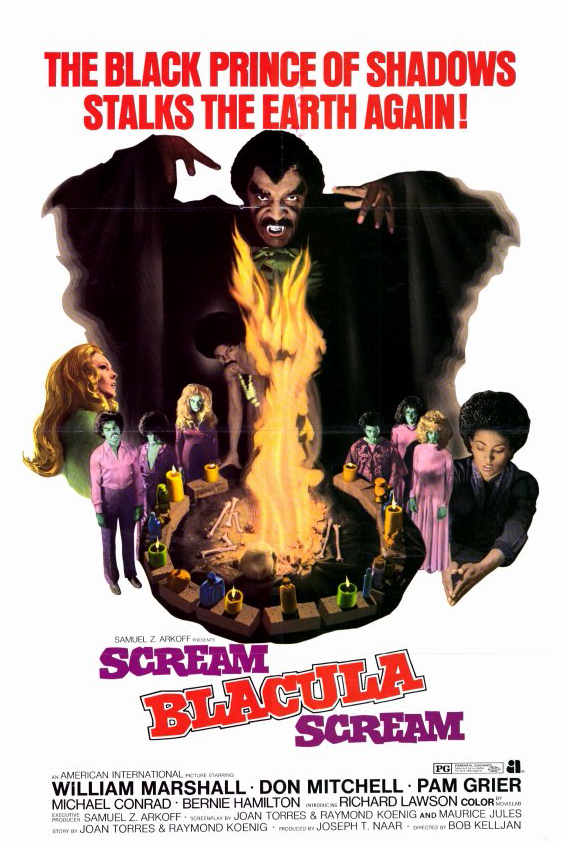 It seems like this clever sequel has been rather commonly dismissed as inferior over the years. Well, I just watched the film for the very first time with the new DVD release. What a surprise! It is every bit as good as Blacula, very atmospheric, some nice comic camp balanced with the horror…very refreshing! This film is highly superior to any of the non gothic latter day Hammer vampire films and among the best of AIP’s later output. I would go to say, that those who dismiss “Scream, Blacula, Scream”, don’t really get, nor really care for this particular genre, from this particular period. If you like Vampire films, particularly of this era, and more, enjoyed “Blacula”, by all means SEE THIS FILM ON THE NEW DVD! Nice title sequence.