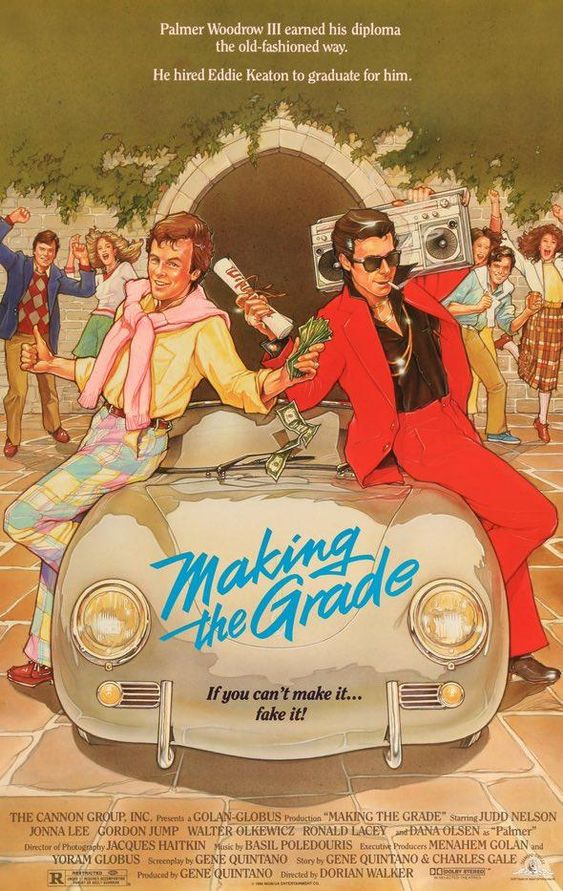 Determined to watch every Golan-Globus movie ever made, I finally sat down to watch this years after it was released. To tell the truth, I wasn’t expecting much. However, I was pleasantly surprised that it was pretty painless to sit through. The movie didn’t have the crude edge of other teen comedies of the ’80s, the cast was made up of a likable bunch of individuals, and there were several genuine laugh-out-loud moments. The funniest bits come from Walter Olkewicz’s coach character; even though he was probably cast because he greatly resembles John Belushi, he is really funny, and it’s a shame that he almost completely disappears from the second half of the movie.

However, the movie is far from perfect. Much of the time the movie seems to be spinning its wheels, where scene after scene goes by with little to absolutely no advance to the plot. It’s almost like you are seeing a bunch of deleted scenes from the “special features” section of a DVD. At the same time, there are a lot of scenes that seem to finish much sooner than they should, as well as a lack of explanation about some things. Since the movie runs 105 minutes (quite long for a comedy), my guess is that the original cut of the movie ran much, much longer than 105 minutes. Then when they tried to cut down the movie to an acceptable running length, a lot of material that would have made the movie make more sense had to go.

As problem-filled as this movie is, there is something likeable about it all the same, enough so that you can’t help but wonder what “Tourista”, the sequel announced during the closing credits – that ultimately never got made – would have been like.