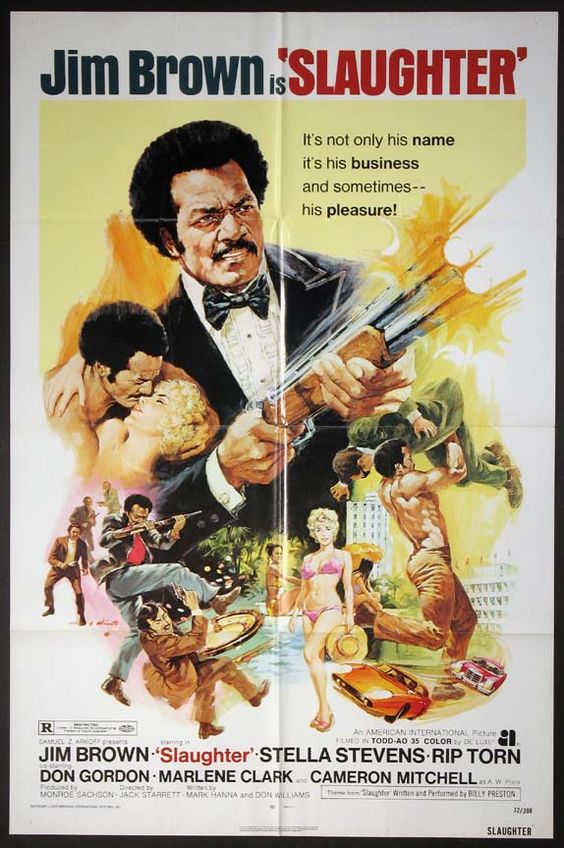 After his parents are killed by the mob, a former Green Beret (Jim Brown) joins forces with “The Man” to get his revenge. An enjoyable Blaxploitation film that’s not without its share of flaws. Obviously, NFL great Jim Brown’s acting leaves a lot to be desired. He doesn’t do well in the quieter, more emotional scenes. When he’s ticked off and kicking butt, though, he’s fun to watch. Cameron Mitchell is fine as a cop. Rip Torn is the villain and he spends most of the movie squinting and saying the N word. Don Gordon is amusing as a sort of comic relief sidekick. Highlight of the movie is sexy Stella Stevens, in particular her memorable nude scenes. This isn’t one of my favorite Blaxploitation flicks but it’s solid with some nice action and T&A.