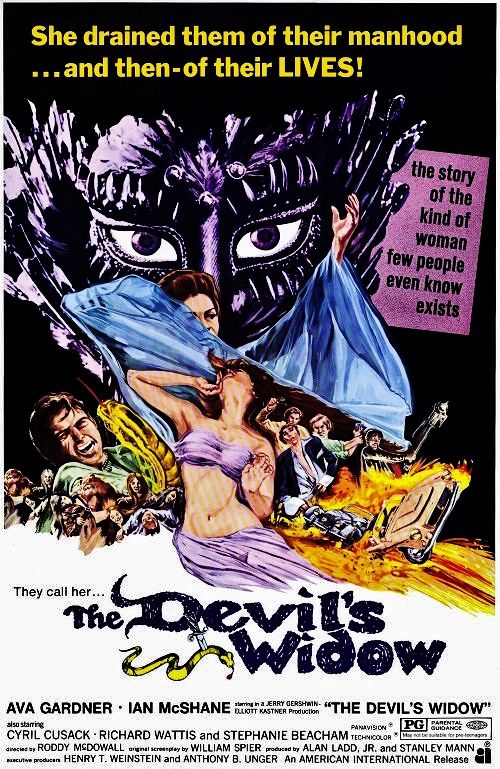 Based on an old Scottish folktale about a young man (Tamlin) enamored of a fairy queen, the film’s tagline “She drained them of their manhood…and then of their lives!” naturally created certain expectations. Even after all these years, I still tend to buy into this brand of hyperbole so I assumed it’d be something along the lines of Antinea, Aeisha, or Catherine Deneuve in THE HUNGER but what I got was a novice director’s self-consciously arty attempt at enchantment starring a past-her-prime Hollywood glamour girl who admittedly couldn’t act.

Former MGM goddess Ava Gardner plays a fabulously wealthy queen bee whose latest flame, “Tom Lynn” (duh), rebels after he knocks up the vicar’s daughter and wants to (gasp) marry her. Obviously, this arouses Ava’s anger and there’s hell to pay …or there should have been, anyway. “Bloodless” gialli have their place but the same can’t be said for a horror film, even when the horror’s psychological (which it isn’t here). I don’t know what this is and except for the ’70s fashions and decor -and the sight of a legendary beauty’s crumbling facade- there’s really not much reason to tune in.