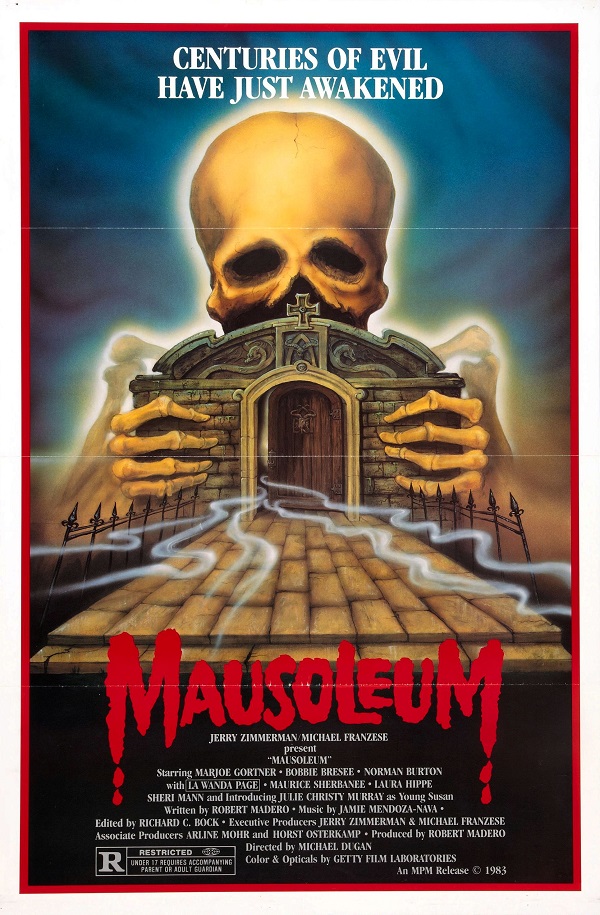 The Nomad family is cursed. Every first daughter of a new generation is damned to be possessed by a demon that really wants to raise hell. Orphan Susan is sent to live with her overbearing Aunt after the deaths of her parents. The Aunt keeps a close eye on Susan for signs that she will succumb to the nasty familial curse. Her young years go by relatively quietly but after she marries the demon comes put to play and nobody is safe.

‘Mausoleum’ may seem like an average ordinary slasher on top (lord knows this time period was chock full of them) but the supernatural slant gives it a leg up on the competition. Surprisingly the film even manages to generate a halfway decent atmosphere and an occasionally creepy moment or two (young Susan all green demonic eyes aglow). I say check it out if you’re a fan of 80’s horror or on the lookout for an obscure gem.