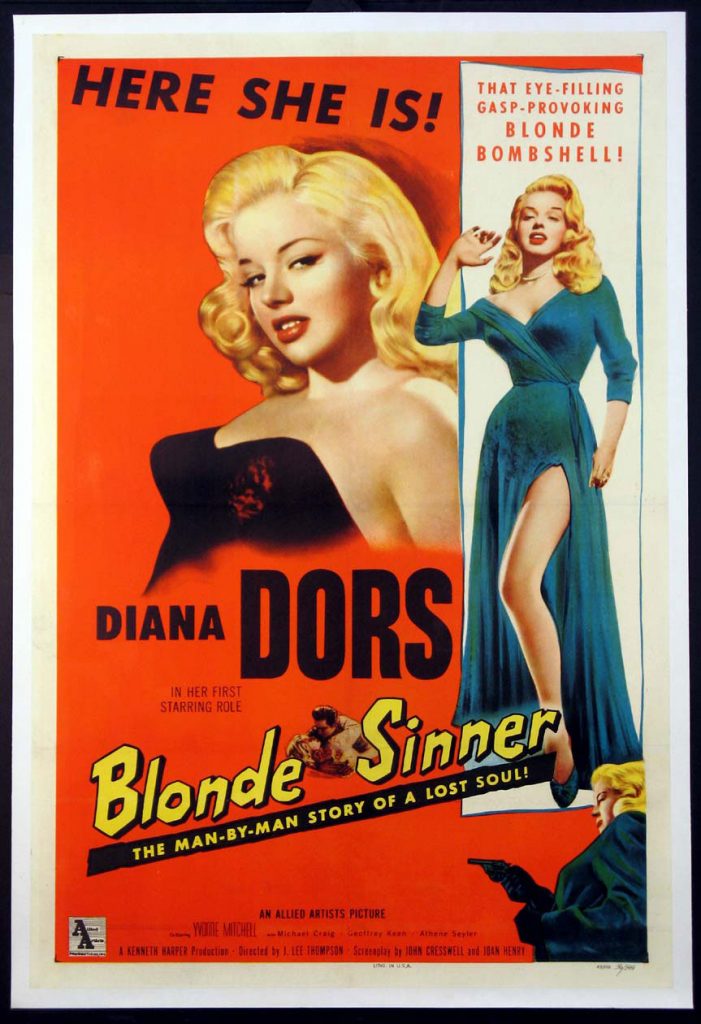 Found guilty of murder and sentenced to death, a young woman lives out her last days under the watchful eyes of a small group of prison wardens.

From its edgy opening sequence as the camera furtively tracks Dors’ determined and resolute steps towards the killing, to the devastating final image of a smouldering cigarette we suspect will still be burning after the executioner has pulled his leaver, Yield To The Night is an extraordinary exploration of the reasons and repercussions surrounding a premeditated murder in mid-fifties Britain. At its heart is a performance which, over 50 years later still resonates with depth and naturalism. Even as we have witnessed her coldly and repeatedly shoot another woman to death, under the expert direction of J. Lee Thompson, Dors enables us to feel sorrow for the killer Mary Hilton and even if we can’t condone the deliberate taking of her victim’s life, we can at least realise that Hilton is also somehow a victim of circumstance. Dors doesn’t put a foot wrong from beginning to end and the fact that she didn’t receive domestic and international award nominations for her performance is in my opinion as puzzling as it is unforgivable, especially when one considers what were the celebrated performances of the time (Virginia McKenna, Audrey Hepburn and Dorothy Alison were BAFTA nominated that year). Could it be that the British and subsequently Amercian studio systems were unwilling to accept Dors as the intelligent and talented actress she so obviously was? Certainly the marketing and promotion of Yield To The Night in the US supports this premise – retitled Blonde Sinner, with lurid posters ridiculously emphasising Dors’ sex symbol qualities and carrying the ludicrous and tacky tag-line “The Man-By-Man Story of a Lost Soul”.