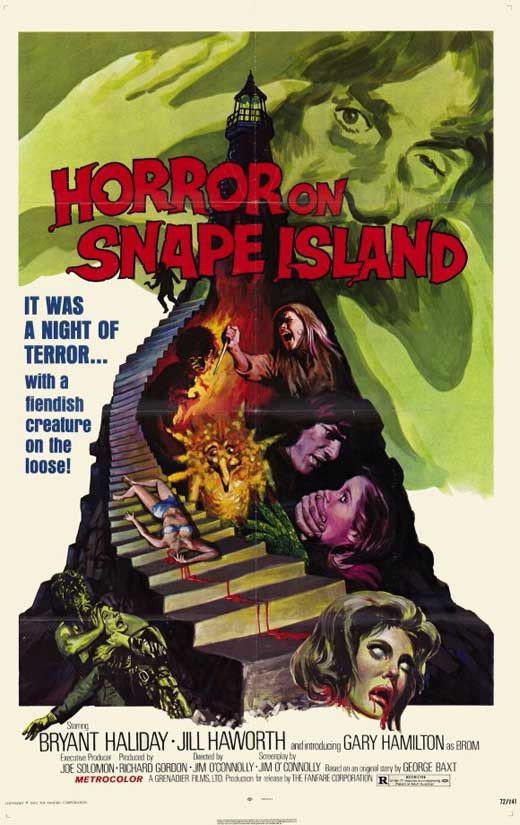 Sexy vintage British horror tale packed with traditional atmospheric fog, shades of Gothic and hot young flesh. From the firm buttocks of the hunky men to the smooth perky breasts of the women, this film exploits the 70’s free love era.

Three interconnected tales revolve around an old lighthouse island purported to be closed but hiding deep secrets. They are . . .

The underground worship chamber is by far the funniest horror set I have ever seen.

All in all for film history’s sake and a nice slice of 70’s nudity mixed with chills and thrills, this is the best of it’s kind.