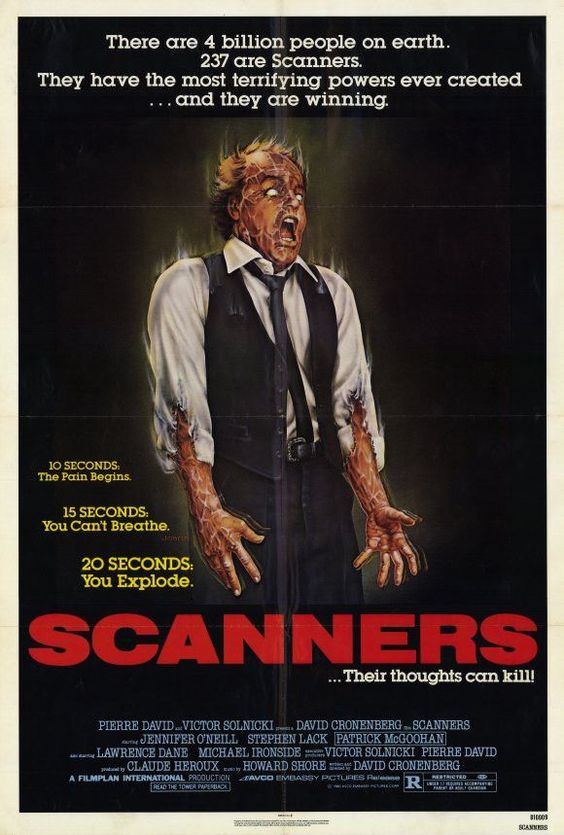 Scanners is a film about a group of human mutants that are able to basically make people go mad, and finally they can make their minds actually explode. Supposedly created out of the scientific work of a scientist working on a product for pregnant women(or something like that), the scanners(as they are called) are divided into two factions. One is out to destroy all other scanners and the other works for the labs that created them. This is an intensely philosophical film filled with many thought-provoking questions and issues. Director David Cronenberg again uses the idea of the human body in an aberrated state as the focus for terror. He directs with style and suspense, and uses a lot more gore in this than most of his previous features. Don’t let that keep you from seeing this film. the acting is solid all around with Stephen Lack giving a nice performance in the lead, and Michael Ironsides giving yet another chilling performance of dementia. He sure can play one sick and crazy guy! Patrick McGoohan plays the fatherly scientist with style and finesse. One of Cronenberg’s best!