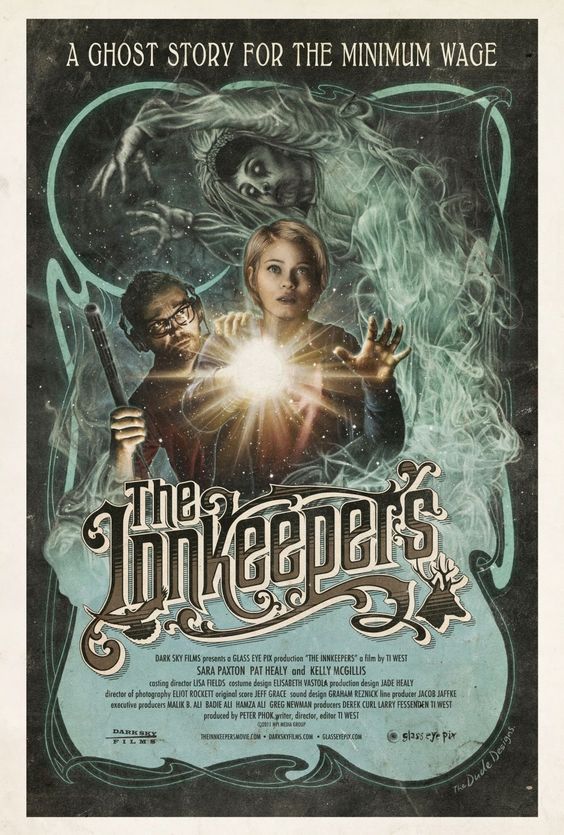 The former fancy and elegant Yankee Pedlar Inn will be closed in a couple of days to become a parking area and the employees Claire (Sara Paxton) and Luke (Pat Healy) are taking care of the hotel while the owner is traveling on vacation in Barbados. They are bored and the hotel has only four guests: an unpleasant and angry mother with her young son; the TV actress Leanne “Lee” Rease-Jones (Kelly McGillis) that claims to be psychic; and an old man that spent his honeymoon in the hotel and wants to say good-bye the room where his wife and him had spent their wedding night.

The amateur ghost-hunters Claire and Luke decide to find evidences that the ghost of Madeline O’Malley, a bride that committed suicide when her fiancé left her in their wedding day, haunts the hotel and they summon her spirit. However, they are not prepared for what comes next….

“The Innkeepers” is a slow-paced horror movie with a promising story; unfortunately something is missing to be a good film. The characters development is long and poor, and the first two-thirds of the plot goes nowhere. Further, there is no clear explanation why Claire is threatened by the ghost of Madeline O’Malley. One good point is to see again fifty- five year-old Kelly McGillis, who has aged with dignity without trying to be forever young. I still recall her in “Witness” and “Top Gun” and it was a great surprise to see that gray-haired lady that she has become.