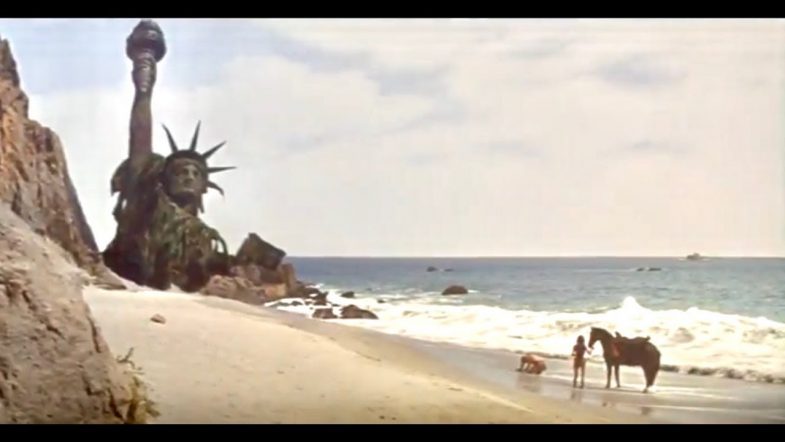 “A leader takes people where they want to go. A great leader takes people where they don’t necessarily want to go, but ought to be.” – Rosalynn Carter
Every day in my reading I am assailed by articles proclaiming proposed changes in the business of the theatrical exhibition of motion pictures. Regal has a new subscription plan, articles on why Netflix should own movie theaters, Alamo Drafthouse is holding a clown only screening of IT 2 and IPIC looks like it is heading into bankruptcy. The monies being expended in preparing for the streaming wars is reaching bizarre proportions and some at the studios are getting more than worried. They should be.

In 1999 I launched a company that worked with large apartment REITS to bring bundled cable services to apartments. My offering was all digital and as a result, I could offer an early form of video on demand. I got four of the major studios to supply me with titles as well as a lot of minor distributors also got involved. I offered a choice of 500 movies. I was sure that it would be close to new release titles that would rent the most. When the first report was handed to me I was shocked, it was not the A titles that sold, it was the B exploitation movies that sold and sold big. I was surprised.

It was then that I learned a crucial lesson about this business. No matter what they tell you no one knows anything. You can hedge your bets, but in the end, you do not know. I had a theater in Pittsburgh and started playing matinees and thought people would love this trip down memory lane. “The Ghost and Mr. Chicken” sold 130 tickets on Saturday, I was ecstatic but 0 tickets sold on Sunday because the Steelers were playing.

I am very lucky, both my mother and my late grandmothers were full of sage advice. “Always wear clean underwear, you never know if you get in an accident,” “show me who your friends are and that is who you are,” “choose a wife like you would choose your mother because one day you might be making that decision for someone else,”. All of this advice has stayed with me and I have recognized the wisdom of these words. Probably the three greatest pieces of advice are, “it always pays to be gracious”, “chose a friend like you chose a brother,” and the following chestnut, “stop talking…..do something…words are cheap.” Now as someone whom every week provides his perspective of the exhibition business I realize that the, for the most part, all I have are words, but I am working on some projects that I do hope provide benefit to the industry as a whole.

But the fact is that talk is indeed cheap.

One of the things I knew going into this little project of mine was that smaller market theater owners were hardcore capitalists, fiercely independent, and getting them to do anything together is like herding cats. As a whole, I really like theater owners. These are people who every day put themselves out there, defining their community and defining themselves. They all have their own ideas and they have all come up with a plan that hopefully works for the lifestyle they want for themselves. They are hardworking, amazing people who at the core really exemplify what is truly great about this country. I personally believe America needs to go back to smaller economies with a stronger reliance on an independent free-market economy. By the way, Wall Street is not a free market economy, far from it.

At one time I aspired to work towards a collective organization made up of theater owners. I would think of it, talk about it with certain people, and then would think about it some more, and then I would stop myself. I would first ask myself, whom the heck did I think I was and then I would say the theater owners do not need any more words. I think in the end theater owners see little value in these organizations. I think they join them, but in the end, they do not expect much. I think theater owners, for the most part, do not want anyone telling them what to do, they get enough of that from the studios. No one needs another boss in their lives, another body to take monthly or yearly dues and produce few effective results. These organizations end up serving too many masters and in the end, are not at all effective. The organizations that do sustain themselves, that do provide benefit to their members are ones that engage in frequent and consistent action. Every organization which has lobbying as its primary intent no matter how well-meaning ends up being about the three P’s, Position, Posturing, and Pomposity. I once asked a member of the Senate, what was the true purpose behind the Senate, he replied not missing a beat, Protocol, and Geritol. I think he was right. These organizations seem always to evolve into a quasi-social club and job security becomes the overriding rationale for existence.

I really think it is the time that the independent become unencumbered by overarching bodies of bureaucracy, they are going to rise and fall at the end of the day by their own hand. I think like most smart people, theater owners want leadership by example and not by associations, buying groups, or weekly articles written by me. They will as they have always define themselves. I think that sharing of advice regarding candy placement has much more relevance that meeting with the studios.

I recall a couple of conversations I had with Joe Chabot of Michigan’s Moore Theatres and how truly substantive they were. Believe the substance came from Joe and not from me. I would learn so much from Joe from discussing the innovations he was implementing. From self-serve popcorn machines, bulk candies programs, the removal of carpeting in favor of lacquered concrete to the proper distribution method for alternative content. Joe was inspiring and a mentor to most he came in contact with. A brilliant showman in many ways.

Joe evoked what the real 3 P’s of the exhibition should be, Passion, Persistence, and Profit.

I truly think that there are many other Joe Chabot’s in the exhibition business. Passionate, caring show people who have vested interest in both innovating and mentoring this business People like Jeff Benson of Cinergy who is integrating experiential entertainment into his theaters and turning his lobbies into sought after destinations, people like Kevin Mitchell whose theater designs and execution are cutting edge, the operators of the Roxy Theater in Northhampton Pa, who still celebrate the classic 1940’s movie-going tradition, Rob Shilts and his amazing team at the Historic Artcraft Theatre shows how community theaters should be run and those amazing folks in Portland Oregon, the McMenamin Family and their combination of movies and historical properties in creating incredible moving-going experiences. There are leaders out there, but they are not leading by words, they are leading by doing.

For the next little while, I am going to focus on shining a light on the true innovators in the exhibition business, and who by their example shine a light for us all in a somewhat murky future.