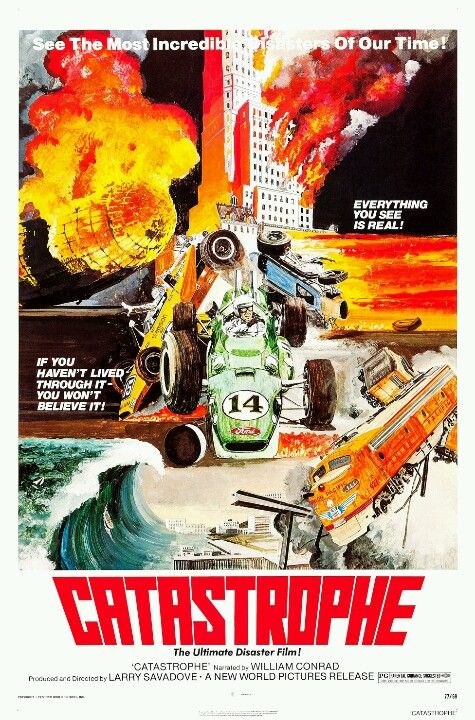 Why is it that in the 70’s they even underscored DOCU-Drama’s with that campy musical underscore???? UGH!

Having said that, this film contains what I consider to be the BEST coverage of several disasters, namely, the Hindenburg. I have watched entire programs on cable devoted to just that ill-fated zeppelin that did not contain the amount of footage and detail here! I think as we move farther from an event, we tend to soundbyte everything; try to crunch it down to three sentances. Call it revisionist history if you want, it just stinks. This movie was great because it was ‘closer’ to the events that it chose to cover. I liked it a lot.