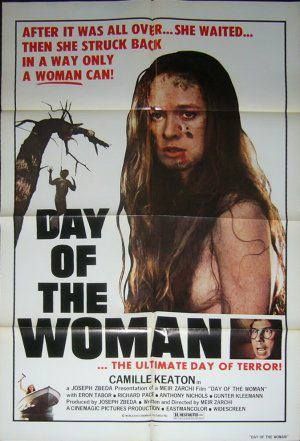 This is not a fun film. This is not an easy film to watch. But this is certainly not a film without merit. The first half of this film takes the audience through a terrible descent into a hell most of us can only imagine. The horror of rape. And this film treats this subject with a frightening realism. No fancy lighting. No mood music hanging in the background. Simply, the horror of rape. The horror of having one’s life violated in the most unspeakably vile manner imaginable. That is the purpose of this film. This film does not want to entertain. It wants to repulse. And it succeeds! This film is as sickening as the rape it depicts. Why make a film like this? One might jump to the conclusion that the film was aimed at the prurient interests of perverts who enjoy viewing the degradation and violation of women. But that is an unfair conclusion. This is a film with a purpose. A message. And this film seems to be carefully designed to send that message loud and clear to every viewer: RAPE IS A TRULY HORRIBLE CRIME! Horrible beyond what most of us could ever imagine.