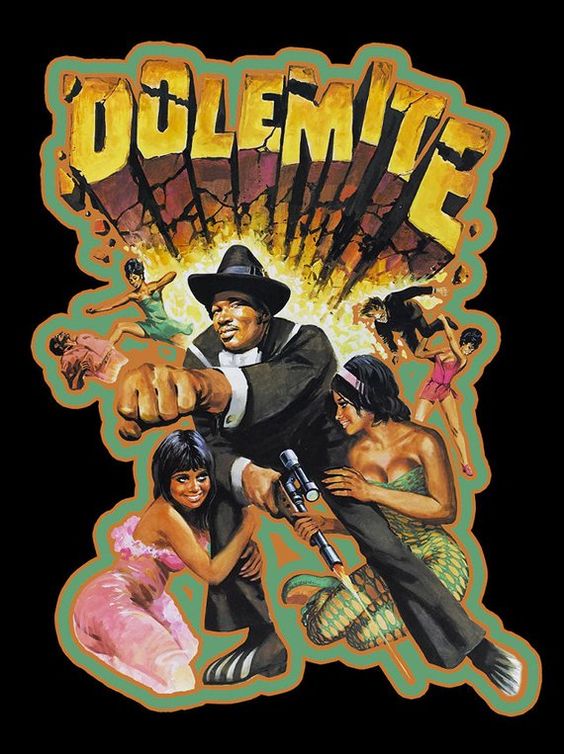 1975… before Rudy Ray Moore was hailed as the “Father Of Rap Music” he was touring Black clubs around the nation doing routines from his brisk selling “Party Records”. In his spare time and when finances allowed, he would make the opccasional movie on a shoestring budget. This was his first. A classic blaxploitation action movie. The flubs are legendary and have been detailed elsewhere, this looks like a backyard movie, very similar to movies kids would make in their yards with the advent of home Video cameras.

Great flick from a strictly guilty pleasure standpoint. You ignore the errors and weak plot, you see Rudy’s obvious pleasure over acting in front of a camera for the first time. I imagine this was a dream come trur for Rudy, he could finally bring his nightclub character Dolemite to the big screen. Of course, Dolemite is an almost mythological character, much bigger than real life, sort of like a Black Paul Bunyan, but Rudy gives an admirable attempt in bringing Dolemite to the screen. This movie had a revival of sorts when Arsenio Hall’s TV talk show would feature clips from this movie and also when Arsenio had Rudy Ray on his show. Worth seeing if not taken seriously.