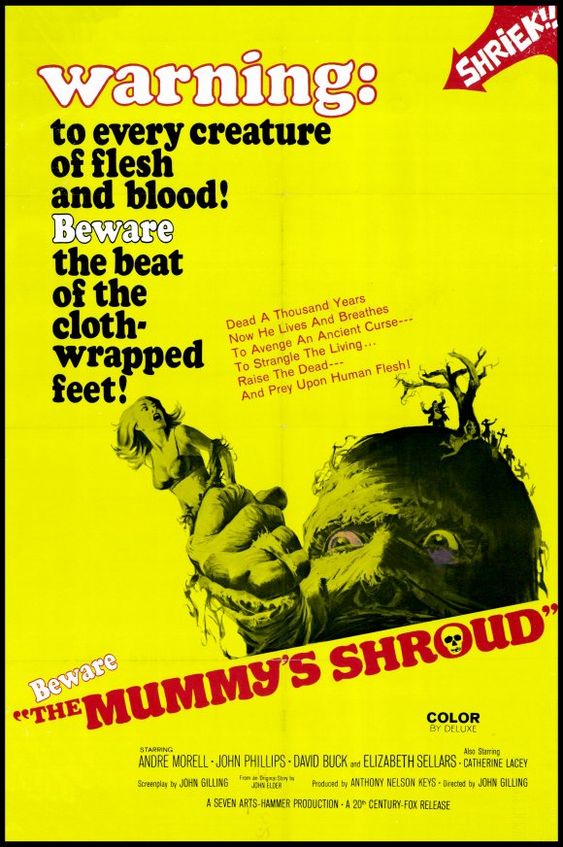 An archaeological expedition does what archaeological expeditions in movies do best: they desecrate an Egyptian tomb and incur the wrath of a mummy. Routine mummy movie from Hammer. Helped by nice cast that includes Hammer vets Michael Ripper and Andre Morell. Ripper has probably his best role as the tragic Longbarrow. John Phillips makes a particularly hissable villain. Opening prologue seems to go on forever. The mummy makeup/costume is particularly ratty. Not sure if that was the look they were going for or if it was just the best they could do. It’s not a particularly special horror movie but it’s entertaining enough if you’re a fan of mummy movies as I am.